Woodward and Bernstein: Journalism, free press more crucial than ever 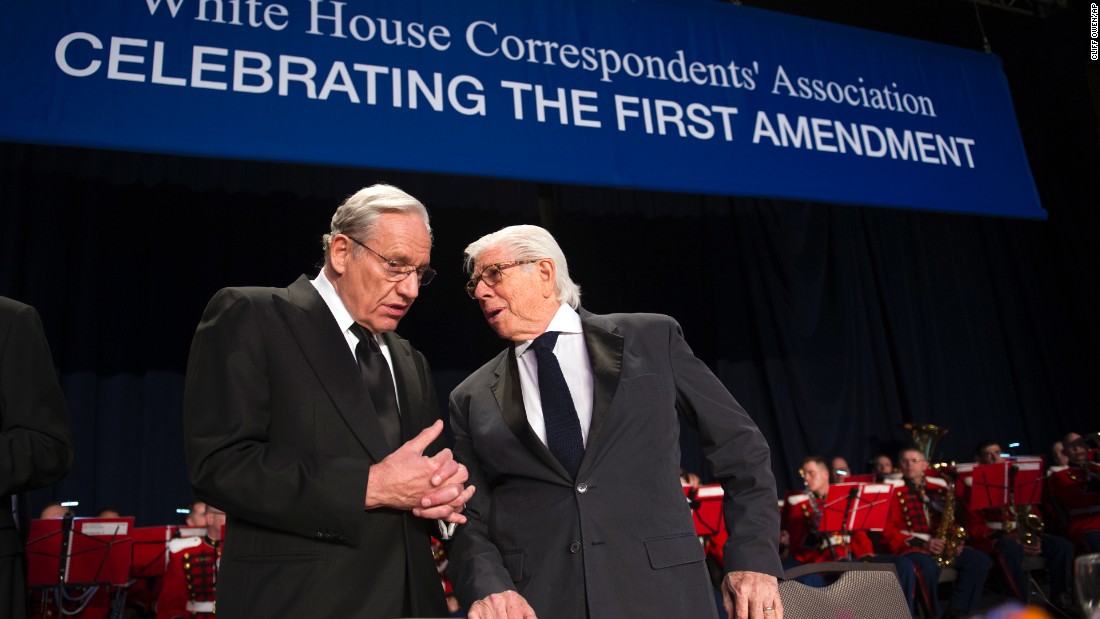 Washington (CNN)Carl Bernstein and Bob Woodward of Watergate fame argued Saturday night that good journalism is more crucial to a free society than ever in a climate of increasing hostility between the White House and the press.

The speeches from the revered journalists came on the occasion of the first White House correspondents’ dinner since 1981 in which the sitting president did not attend. Ronald Reagan missed the dinner that year while recovering from an assassination attempt, but delivered remarks by phone. Before that, Richard Nixon was the last president to skip the dinner.
Bernstein, a CNN contributor, led the remarks by saying that Nixon targeted the media in an attempt to divert attention from his own misconduct and that of his administration’s officials.
“Richard Nixon tried to make the conduct of the press more the issue in Watergate instead of the conduct of the President and his men,” Bernstein said, speaking to a sold-out crowd in the nation’s capital. “We tried to avoid the noise and let the reporting speak.”
Bernstein also addressed lying and secrecy in the Nixon White House, but stopped short of drawing a direct parallel to President Donald Trump’s administration.
“Almost inevitably, unreasonable government secrecy is the enemy and usually the giveaway about what the real story might be,” Bernstein said to applause. “(W)hen lying is combined with secrecy, there is usually a pretty good road map in front of us.”
He added, “Yes, follow the money but also follow the lies.”
Woodward offered a critical reflection on the state of the mainstream media in 2017, but also emphasized its key role in American democracy.
“Our reporting needs to get both fact and tones right,” he said. “(T)he effort today to get the best obtainable version of the truth is largely made in good faith.”
Speaking to the absent Trump, he said, “Mr. President, the media is not fake news. Let’s take that off the table as we proceed. …
“Whatever the climate, whether the media is revered or reviled, we should and must persist, and I believe we will,” he said. “Any relaxation by the press will be extremely costly to democracy.”

An offer they couldn’t refuse: The Godfather cast reunite, 45 years on