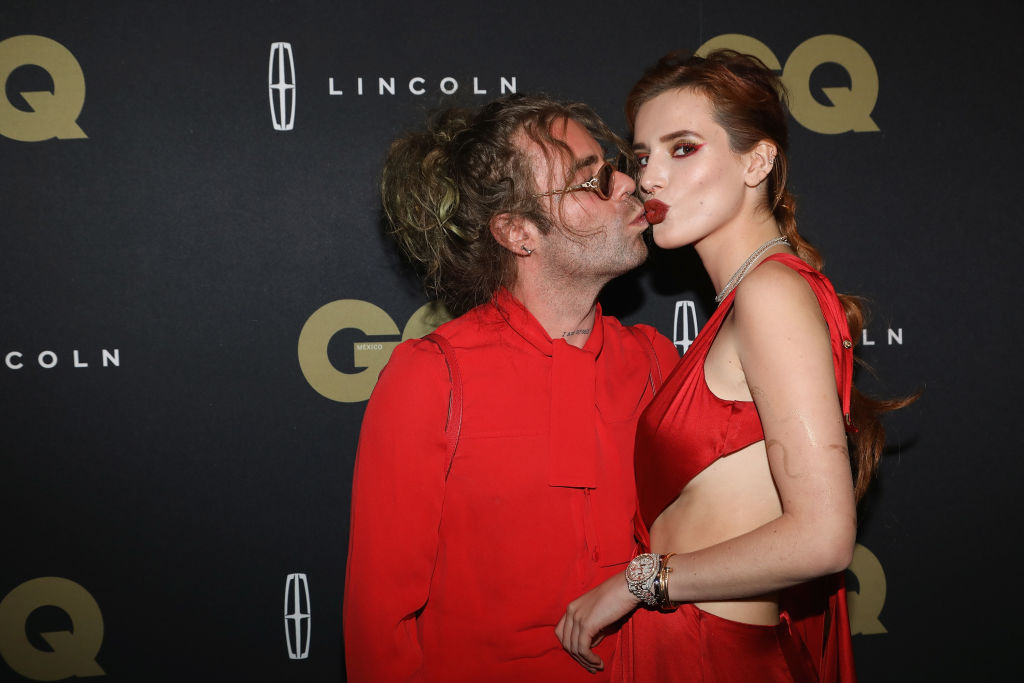 Over the past year, Bella Thorne has made some, um, interesting life choices. From hooking up with Scott Disick in France to looking/acting like a total mess at all times, she’s given us ample reason to worry about her decision-making skills. Well, now Bella Thorne is dating a new man, we really need to talk about it.

Mod is a rapper from Minnesota (yeah) who’s apparently in a group called “The Poundzzzzzz,” which absolutely sounds made up, but nope. His name is an acronym that stands for “Movement on Dreams, Stand Under None,” which sounds like something your stoner ex-boyfriend would put in his Instagram bio. Basically, he’s a fucking intellectual.

When your bf teaches you bass

In addition to being smart, he’s also suuuuuper hot. He basically looks like if Perez Hilton lived in the jungle for a year, or like every guy you see selling molly at Bonnaroo. He has long hair that Bella recently dyed green and red, which is about as cute a look as you’d imagine. Look, we’re not saying Scott Disick is the perfect man, but honey come on, when you’ve showered, YOU CAN DO BETTER. Oh, and he’s also a full decade older than her, because of course.

Tomorrow we are releasing Mods music video that I directed. My directorial debut! was lucky enough that it was my boys music video #addressontheinternet #modsxmasvideo

They’ve apparently been together since sometime in the fall, and Bella has openly posted about their relationship on social media. That’s cute we guess, but it’d be cuter if Bella went away somewhere for about six months and just thought about life. Try it sweetie, see you in June!

So damn GOOD! Sarah Sanders shuts the media DOWN with Trump/Obama Iran comparison