Oregon pot smugglers recorded themselves rehearsing kidnapping, then carrying it out 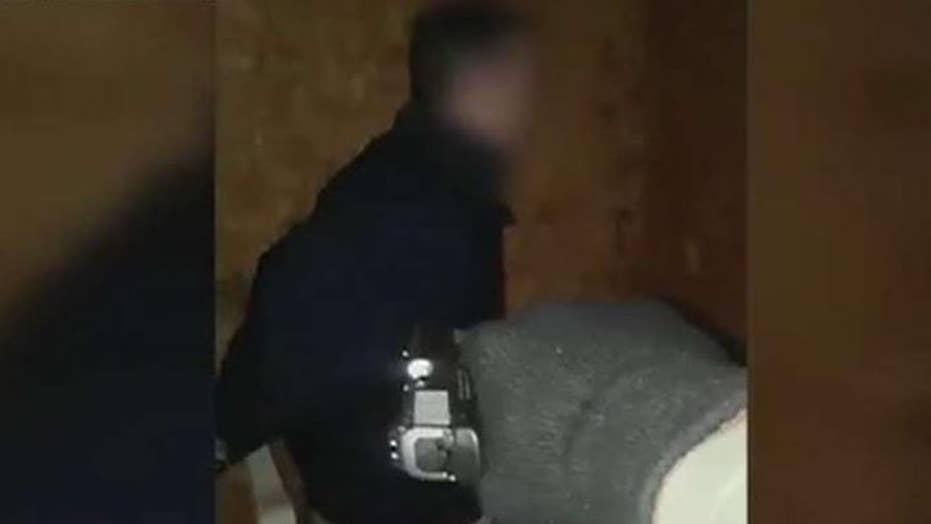 Screenshot from cellphone video that according to federal prosecutors shows Jody Wafer pointing gun in a hotel room as he and Trent Knight rehearsed a kidnapping.  (Oregon Federal Court)

“I don’t know, that’s what my boss said,” the victim replies.

Later in the video Wafer is seen pointing a gun at the victim and threatening to shoot him, according to Fox 12.

“When I send this video to the people that’s it’s going to, if they don’t agree, pop goes the weasel,” the gunman says.

Authorities rescued the victim, who was found alive in a storage unit where he had been left by Wafer and Knight, the station reported.

The judge watched the videos before sentencing Wafer, of Houston, to seven years in prison for conspiring to smuggle marijuana from Portland to Texas.

Knight, also of Houston, faces sentencing on Jan. 22, according to court records

The Oregonian newspaper on Friday reported that at Wafer’s sentencing the judge told prosecutors he was troubled that Drug Enforcement Administration agents allowed Wafer and Knight to think the manager of the storage facility had stolen their 500-pound stash. DEA agents were the ones who had seized it weeks earlier.

He said of the DEA agents who had been tracking Wafer and Knight, “They should have anticipated the conduct that could have cost (the storage manager) his life,” the paper reported.