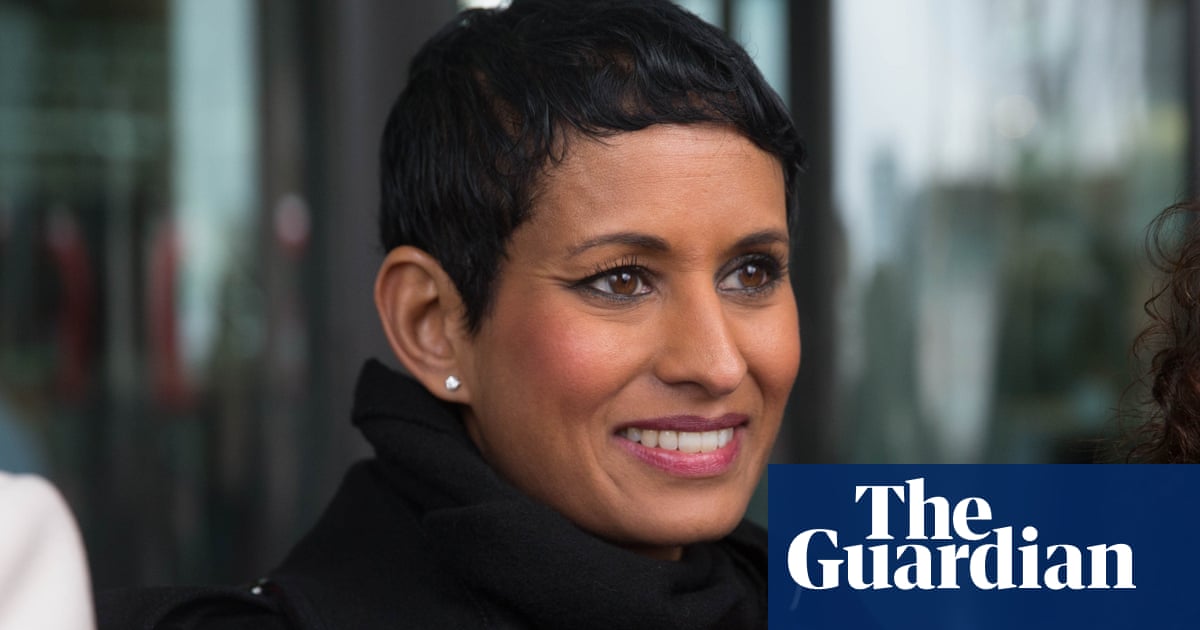 The BBC has reversed its decision to sanction BBC Breakfast presenter Naga Munchetty for breaking impartiality guidelines with her comments about Donald Trump, following a staff uprising against the ruling and enormous political pressure.

Tony Hall, the BBC director general, emailed all staff on Monday to say he had reviewed the decision following internal and external protests. He said that, on reflection, the BBCs complaints unit had made the wrong call when they ruled against Munchetty, one of the BBCs most prominent minority ethnic journalists, for expressing a personal response to the US presidents statement in July that four American congresswomen of colour should go home.

Asked about Trumps comments on BBC Breakfast, Munchetty said: Every time I have been told, as a woman of colour, to go back to where I came from, that was embedded in racism.

The U-turn over censuring her came after the Guardian obtained leaked internal correspondence casting doubts on public claims about the complaints process made by a senior BBC executive, as he attempted to explain why Munchettys co-host Dan Walker had escaped punishment, despite taking part in the same discussion.

The BBCs editorial standards director, David Jordan, said Walker could not have been investigated because the single viewer complaint which led to the ruling did not mention the male presenter. The simple fact is we havent had a complaint about Dan Walkers role, he said in one interview. The complaint was about Naga Munchetty.

However, copies of the viewers complaint leaked to the Guardian show that the original correspondence was explicitly about both Munchetty and Walker, leading to internal anger from BBC employees who demanded that women and minority ethnic journalists should be treated fairly by the corporation.

The original complaint said: Dan Walker, whilst interviewing a guest about President Trumps recent tweets regarding 4 Democrat politicians in the USA, repeatedly expressed incredulity that anybody could defend Trumps tweets. Very unprofessionally, he then asked his fellow presenter Naga Munchetty for her personal opinions on this news story! She foolishly complied with his request and launched into an attack on Trump, including stating that she was personally furious about his comments.

These two presenters have never made any secret of their left-wing and anti-Trump bias but usually in more subtle ways, such as eye-rolling and looks of exasperation when reporting on news stories. However, personal commentary on controversial news stories is surely going too far and is way outside of their remit. They are employed as presenters not political commentators and as such should at least feign impartiality. Its about time they were reminded of this.

The BBC insisted Jordan had not lied in the interviews when he said that Walker was not mentioned. They said Jordan was only referring to a revised version of the complaint, submitted by the same member of the public, which had been elevated to the corporations executive complaints unit. The BBC said this final version of the viewer complaint was solely about Munchetty, meaning it could not investigate Walker for his role in the discussion.

On Monday night, BBC employees said the issue had reignited wider concerns about on-screen diversity at the corporation and how the BBC treated prominent senior white, male journalists differently to staff from a minority ethnic background.

People dont care if its a conspiracy or not; it just exposes the hypocrisy at the BBC, said one senior journalist. Its come out by chance but its symptomatic of the arrogance of how BBC management treats women and people of colour. Whats really important is that Naga has said nothing and done nothing to encourage this, people have reacted spontaneously. This has got so big because journalists have just got together on their own and complained.

BBC journalists described growing concerns about the broadcasters role in an ongoing culture war which uses the BBCs news coverage as a battleground for settling political scores, with particular concerns about a sometimes opaque complaints process that can be influenced by a single persistent member of the public.

The U-turn followed several days in which the BBC management staunchly defended the original decision, insisting that although Munchetty was allowed to call Trumps comments racist and offer a verdict on how they made her feel as a woman of colour, she could not cast aspersions on his character.

The BBC had originally attempted to defend the decision, with Jordan saying it was not its role to be calling out people for being liars or racist.

However, the corporation had come under intense political pressure to change direction, with the Labour leader, Jeremy Corbyn, calling for it to be reconsidered and Labour MP Seema Malhotra organising a letter to Hall, signed by 100 MPs, calling for a meeting to discuss the decision.

Halls email to BBC staff explained why he had changed direction: I have looked carefully at all the arguments that have been made and assessed all of the materials. I have also examined the complaint itself, he said. It was only ever in a limited way that there was found to be a breach of our guidelines. These are often finely balanced and difficult judgments.

But, in this instance, I dont think Nagas words were sufficient to merit a partial uphold of the complaint around the comments she made. There was never any sanction against Naga and I hope this step makes that absolutely clear. She is an exceptional journalist and presenter and I am proud that she works for the BBC.

I have asked the editorial and leadership teams to discuss how we manage live exchanges on air around these topics in the future. Our impartiality is fundamental to our journalism and is what our audiences expect of us.

However, Hall fell short of apologising to Munchetty and did not address the issue of Jordans comments or why Walker had not be investigated for taking part in the discussion. On Friday, the BBCs entire team of executives including Hall – signed a public letter which backed the original decision, a position that has now been abandoned.

The decision also raises major questions about the BBCs ability to enforce its impartiality guidelines in the future, given the director general has now shown himself willing to intervene and overturn ruling by the semi-independent complaints unit in face of public pressure. The corporations management has been struggling to stop its journalists speaking out in a personal capacity on issues such as the Munchetty ruling and LGBT rights, with staff increasingly willing to ignore warnings from bosses to stay quiet.