‘I could have shot you in front of your fucking kids’: how cops dehumanize black people | Paul Butler

Why would anyone treat someone this way? Research gives a grim answer: some police literally think of blacks as subhuman 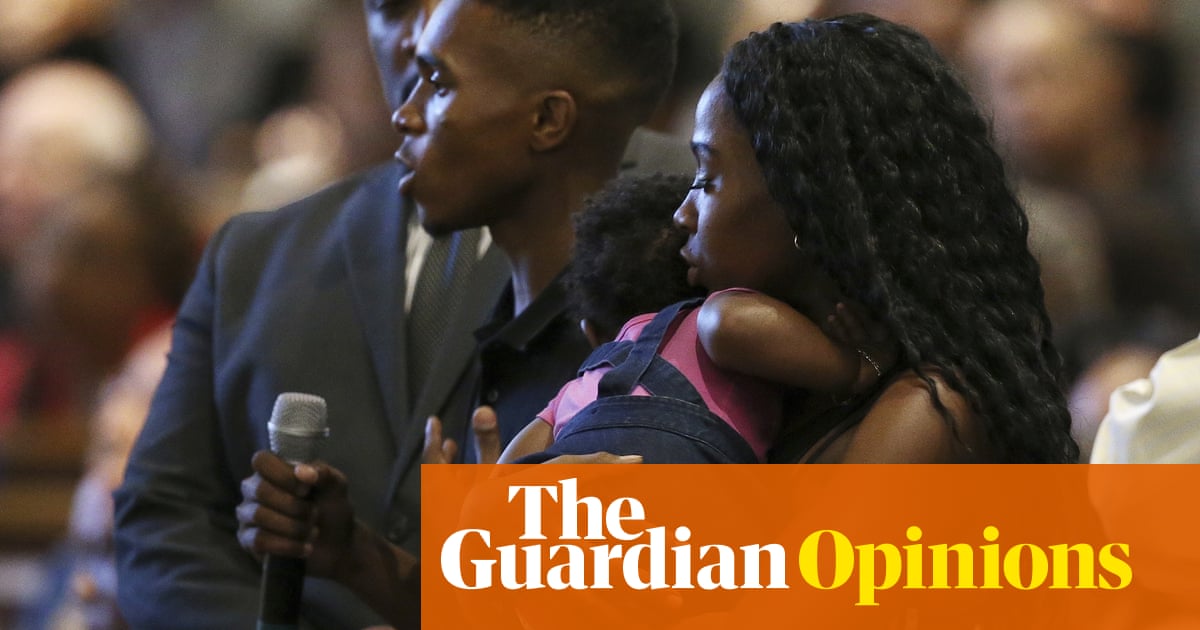 I could have shot you in front of your fucking kids.

Thats what a Phoenix police officer told Iesha Harper, an African American woman arrested with her husband after their four-year-old daughter was accused of stealing a doll from a Family Dollar store. The cop tried to rip Harpers one-year-old toddler from her arms, after she refused his order to put the baby on the ground. The video of the incident depicts Harper begging the officer to stop pointing his gun at her children.

In the San Francisco Bay area, the police pumped 55 bullets into the body of Willie McCoy, a 22-year-old aspiring rapper. McCoy had been sleeping in his car at a Vallejo, California, Taco Bell parking lot when the cops confronted him. Six officers surrounded his car, guns pointed. They observed a firearm near McCoys lap and one officer said, If he reaches for it, you know what to do. The police cam video shows McCoy apparently waking up and lifting his arm to scratch his shoulder, and then the cops unloading their weapons. The 55 bullets were fired in fewer than four seconds.

There comes a point when you have to ask why. Why would any human being treat another human being in this way? The most persuasive explanation for these viral videos of US cops wilding out: they dont think of blacks as human beings. They think they are more like apes. Its a fact proven by social scientists, and the best way of understanding how the police could treat anybody with such disdain.

Scholars have gathered considerable evidence that many people subconsciously associate black people with apes. The dehumanization thesis is supported by several studies in which people connect images of gorillas and monkeys to African Americans.

The Stanford psychologist Jennifer Eberhardt received a MacArthur genius award for her work on this topic. In one experiment she found that people were more likely to identify blurry images of apes after they had been subliminally exposed to black faces rather than white faces. In another study, Eberhardt showed subjects a video of the police beating a man with a baton. The man was face down so you couldnt see his race. When the subjects were primed with words like gorilla and ape they were more likely to say the force was justified when they learned the suspect was black.

The dehumanization thesis explains how cops could end up killing Willie McCoy, after they had been called to do a welfare check on him by concerned bystanders who observed the young man sleeping in his car. The response by the Vallejo police seems more like an ambush than legitimate law enforcement activity. When officers believe that a suspect has a gun, they are taught to cover, conceal and communicate. This reduces the risk of harm to them, and the suspect. What police are not supposed to do is exactly what the Vallejo cops did: roll up on the suspect, knowingly expose themselves to possible fire, and then use that as an excuse to kill him.

Eberhardt has also found patterns of dehumanization in the way that cops talk to black people. Studying videos of police traffic stops in Oakland, California, she found that cops were more likely to address white motorists as sir and maam, and apologize to them, while blacks were more frequently called dude or bro and ordered to keep their hands off the wheel. This effect was consistent regardless of the reason for, or location of, the traffic stop.

The Phoenix cops used much harsher language than bro. In addition to claiming the four-year-old girl had stolen the doll from the bargain store, cops accused her father, Dravon Ames, of stealing underwear, then throwing it out the window when he saw police following him. Ames denies he took the underwear but even if he did, the police response was indefensibly over the top.

Cops stopped his car and approached with guns drawn. One officer told Ames, Im going to fucking put a cap in your fucking head. The police pushed Ames to the ground and kicked in his leg. Ames and his fiance Iesha Harper were arrested, handcuffed in front of their children, driven to the police station, and eventually released without being charged with any crimes.

None of these people Willie McCoy in Vallejo, and Iesha Harper and Dravon Ames in Phoenix posed any threat to the police. It turns out that doesnt matter. What happens when cops treat people in ways that are literally inhumane? Usually nothing. The police most often get away with it.

An investigation of the killing of McCoy found that the 55 shots fired at McCoy who had been sleeping when first accosted by the cops was reasonable and necessary. In Phoenix, after the video of the arrest of Evans and Ames caused a public outcry, the citys mayor said the situation was beyond upsetting. But Phoenix police chief Jeri Williams, who leads a force that has the highest rate of police shootings in the US, told a meeting of outraged citizens: Real change doesnt start with our police department. Real change starts with our community. This blame the victims mentality is typical of official reactions to police abuse of black and brown people.

The Los Angeles police used to have an informal code NHI for calls to African American neighborhoods. NHI stood for No Human Involved. Eberhardts work suggests that this wasnt just a racist joke, but an actual reflection of these officers perceptions of black people.

If theres any good news, its that police departments can be trained in techniques which, even if they dont remove bias from officers, at least reduce the impact of that bias on citizens. Police are most likely to react rashly when they have to make quick decisions in stressful situations. Establishing protocols for those kinds of situations keeps community members safer. For example, Eberhardt, the Stanford psychologist, worked with police in Oakland to change their practices for chasing suspects. The number of officer-involved shootings decreased substantially.

Of course, police arent the only people who associate black folks with monkeys. The comedian Roseanne Barr lost her television show after tweeting that an African American woman looked like the offspring of Planet of the Apes. But in the US, where cops are literally licensed to kill, this kind of bias in law enforcement officers threatens the lives and dignity of millions of African Americans.

It is extremely depressing that in 2019 we still need to persuade people of the essential humanity of black Americans. But until the police learn that lesson, we should expect more cases of cops treating black people like subhumans.