US president enjoyed phone call with Philippines president, who is accused of overseeing the deaths of 7,000 people as part of his war on drugs 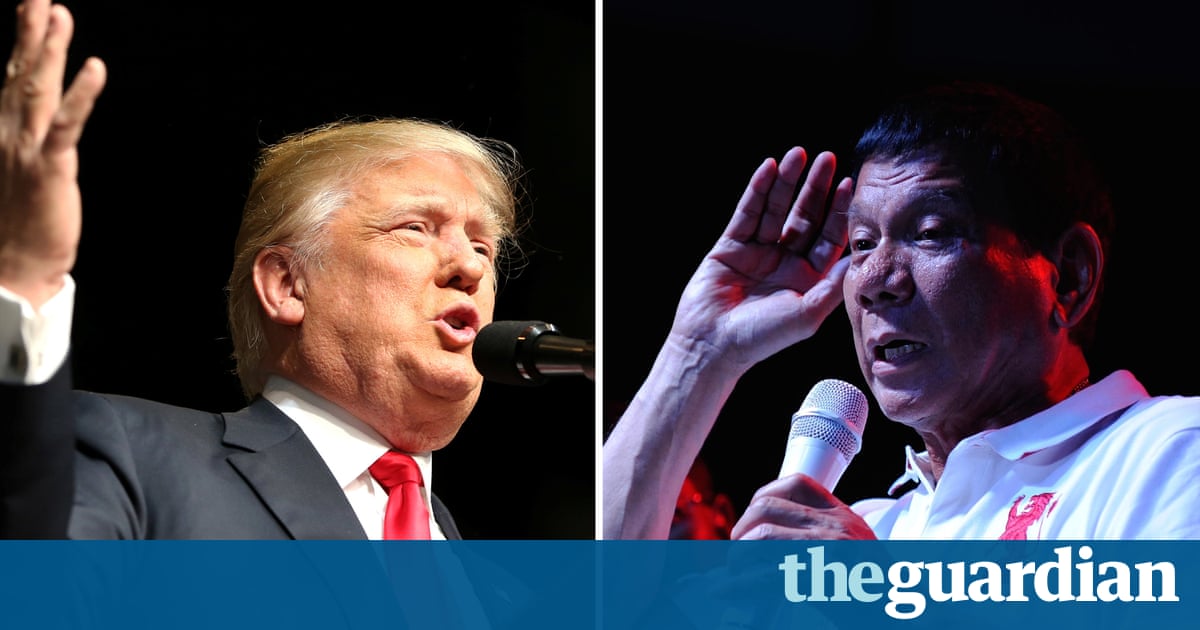 US president Donald Trump has invited Philippines leader Rodrigo Duterte to the White House during a phone call that also addressed concerns over North Korea, the White House said in a statement.

The White House gave no details of when the leaders would meet in Washington to discuss their alliance, but said Trump looked forward to visiting the Philippines in November as part of two summits with other Asian nations.

A readout of the call on Saturday said the discussion between the two was very friendly and the US-Philippines alliance was now heading in a very positive direction.

The pair talked about the concerns of the Association of Southeast Asian Nations (Asean) regarding regional security, including the threat posed by North Korea.

The phone call also touched on Dutertes war on drugs, in which some 7,000 people have died at the hands of vigilantes and state sanctioned death squads. Trump has previously praised the drug war.

They also discussed the fact that the Philippine government is fighting very hard to rid its country of drugs, a scourge that affects many countries throughout the world, the readout said.

President Trump enjoyed the conversation and said that he is looking forward to visiting the Philippines in November to participate in the east Asia summit and the US-Asean summit. President Trump also invited President Duterte to the White House to discuss the importance of the the United States-Philippines alliance.

Last week a Filipino lawyer filed a complaint at the international criminal court (ICC) accusing Duterte and 11 other Philippine officials of mass murder and crimes against humanity.

In the 77-page complaint Jude Sabio says the president has repeatedly, unchangingly and continuously committed extra-judicial executions or mass murders over three decades, amounting to crimes against humanity.

White House Correspondents’ Dinner: ‘We are not the enemy,’ say press corps

Should I stop my unhelpful sister being my bridesmaid?