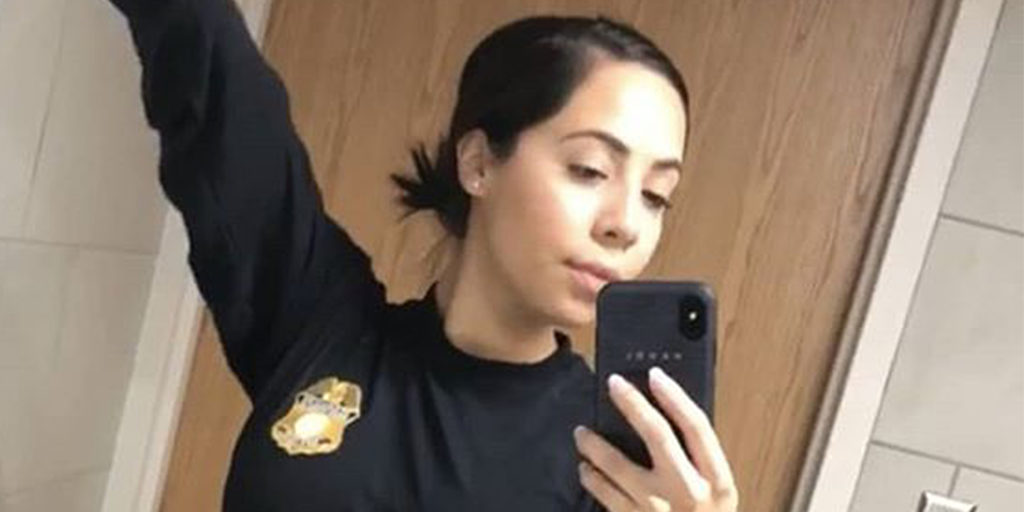 A conservative Black activist,Bryan Hotep Jesus Sharpe, who has appeared on Joe Rogans podcast, Fox News, and is selling a recent book on Twitter marketing, catapulted the #ICEBae to viral fame on Monday.

On Wednesday, she thanked him in a video. Sharpe has also been criticized for anti-Semitism.

Controversial internet star Kiara #ICEBae Cervantes arrived on social media this week amid speculation about her identity. Was her virality, which stemmed from a photo where she was apparently providing security to Vice President Mike Pence in Texas, an organic spike or shady public relations for the oft-criticized agency? Which of the Twitter and Instagram accounts featuring her photos were actually real? And was the woman taking a mirror selfie in uniform, and posting short videos, actually a Border Patrol employee?

As the New York Post reports on Wednesday, U.S. Customs and Border Protection confirmed via email that yes, shes an officerand the agency is good with all that viral fame, saying Cervantes is free to post more selfies.

CBP does not restrict employees from participating in social media for personal use As we have previously said, CBP employees are held to the highest expectation of conduct, both on and off duty and must adhere to CBPs standards of conduct, the agency told the Post.

According to the Post, the Pence photo was a photoshopped fake. Cervantes other viral photo, a mirror selfie in uniform, reportedly did not meet the Border Patrols code of conduct standards and was deleted from social media. Butearly Wednesday, Cervantes returned in full force to Twitter, posting short videos addressing her newfound famewhere she thanked Sharpe at the end.

Indeed, Sharpe, who now boasts more than 100,000 Twitter followers after his #ICEBae tweets, was among the first users to tweet about the #ICEBae. He also tweeted several #ICEBae memes.

Holy shit! #IceBae is real and she fine AF! WTF?!

I think I'm coming down with a case of undocumentation!

Amanda Knox Wants You To Help Crowdfund Her Space-Themed Wedding (And No, Youre Not Invited)

Real Estate Tips That Every Home Buyer Should Know