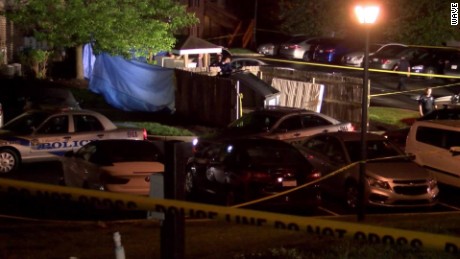 (CNN)Police in Louisville, Kentucky, don’t have a motive or a suspect in the death of a 27-year-old woman who was shot and killed on Mothers Day as her 8-year-old son watched.

Angelina Pressley and her family were returning from a party when neighbors heard shots. Residents rushed to help, but Pressley died at the scene.
Her son was inconsolable by her side.
“He was hysterical, just screaming, ‘Mommy don’t die! Mommy don’t die! Mommy don’t die!'” a witness told CNN affiliate WAVE.
Louisville Police told CNN Pressley’s son had been excited about their upcoming Mother’s Day celebration. He had bought her a necklace for the occasion.
In another tragic twist of fate, Pressley’s mother, Fontaine Jeffery, was killed in a hit-and-run in the area in 2015, WAVE reported.