Forcing a gaming PC to update mid-game during a livestream to up to 130,000 followers isnt best advert for the software 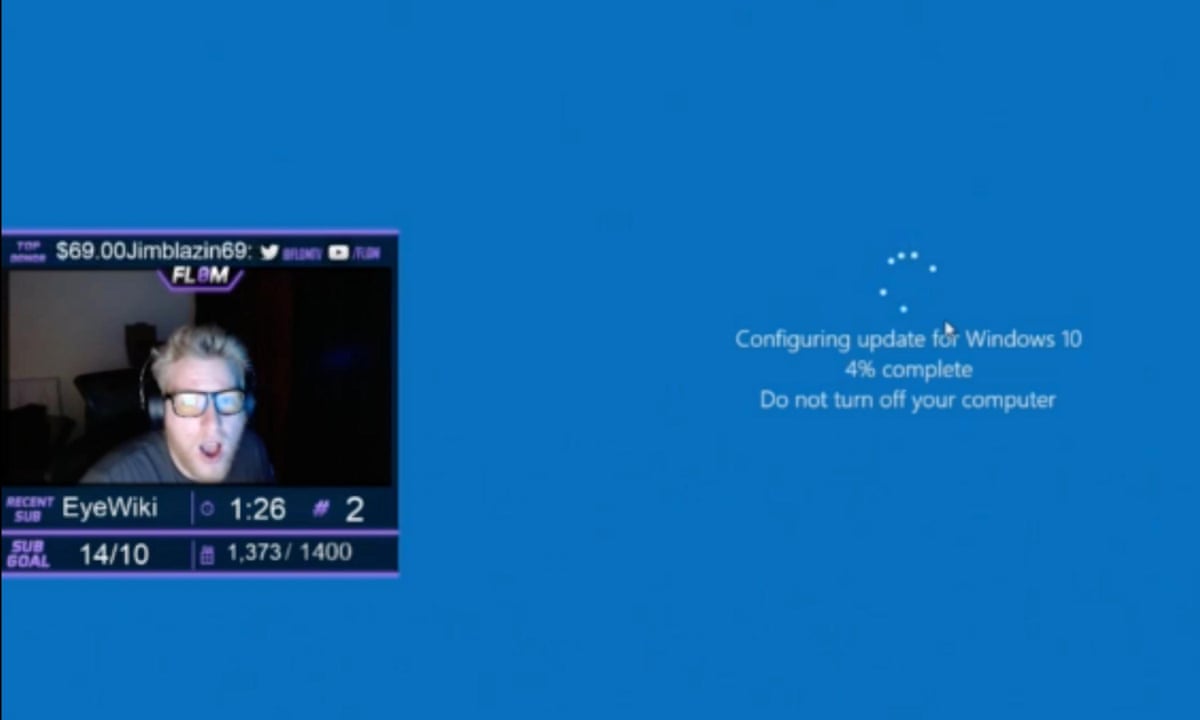 Perhaps theres nothing more annoying than going in for the kill to suddenly be pooped on by a Windows 10 automatic installation taking out your computer mid-stream to your 130,000 or so followers.

After deciding to try and ruin advertise during the weather by attempting to automatically install midway through a forecast, Windows 10 is starting to wreak havoc with gamers. Ex-professional Counter Strike player turned full-time streamer Erik Flom was rudely interrupted mid-game and live on Twitch by Windows 10 automatically installing on his PC.

What. What!? How did this happen! Fuck you Windows 10! Flom screamed at the PC. Oh my God! You had one job PC. We turned off everything. Update faster you fuck!

Initial outrage flowed into jubilation as it appeared Windows 10 was nearing completion, only for Flom to have his hopes dashed by a second installation countdown.

The whole lot was captured live on game video-streaming service Twitch through a video capture system, which remained operational while the gaming PC installed Windows 10.

This is perhaps the first recorded instance of Windows 10 installing automatically while a user is actively using their PC, rather than having just nipped off to make a cup of tea.

Regardless of how good Windows 10 might be and how automatic installs boost user numbers, forcing it down the throats of unsuspecting gamers, weather people and workers isnt exactly going to breed goodwill among Windows users.