What it means to be under a federal quarantine 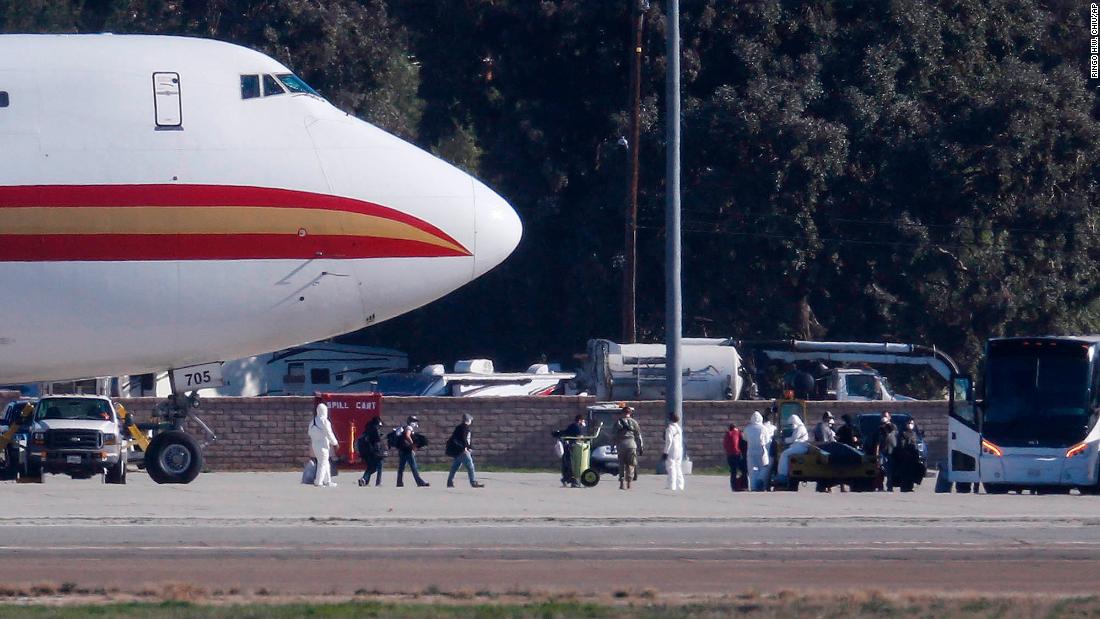 (CNN)As the Wuhan coronavirus continues to spread beyond China, federal public health officials in the US are taking a rare step: issuing a mandatory quarantine — the first one in more than 50 years.

What does it mean to be in federal quarantine?

What federal quarantine entails exactly can depend on the circumstances, said James Hodge, director at the Center for Public Health Law and Policy at Arizona State University.
Generally, individuals facing a mandatory quarantine are under a direct order from federal authorities to stay in the same place for a brief period of time while medical professionals assess whether they have been infected with a particular disease.
In this latest case, people are being ordered to stay in facilities designated by the federal government, although in other potential situations, they could be confined to a hospital or their own homes, Hodge told CNN.

Americans who have either been in China’s Hubei province within the last 14 days or have traveled to other parts of mainland China and are showing symptoms associated with the virus will be screened at one of 11 designated US airports and subject to a mandatory quarantine at a nearby facility, the US Department of Homeland Security has announced. 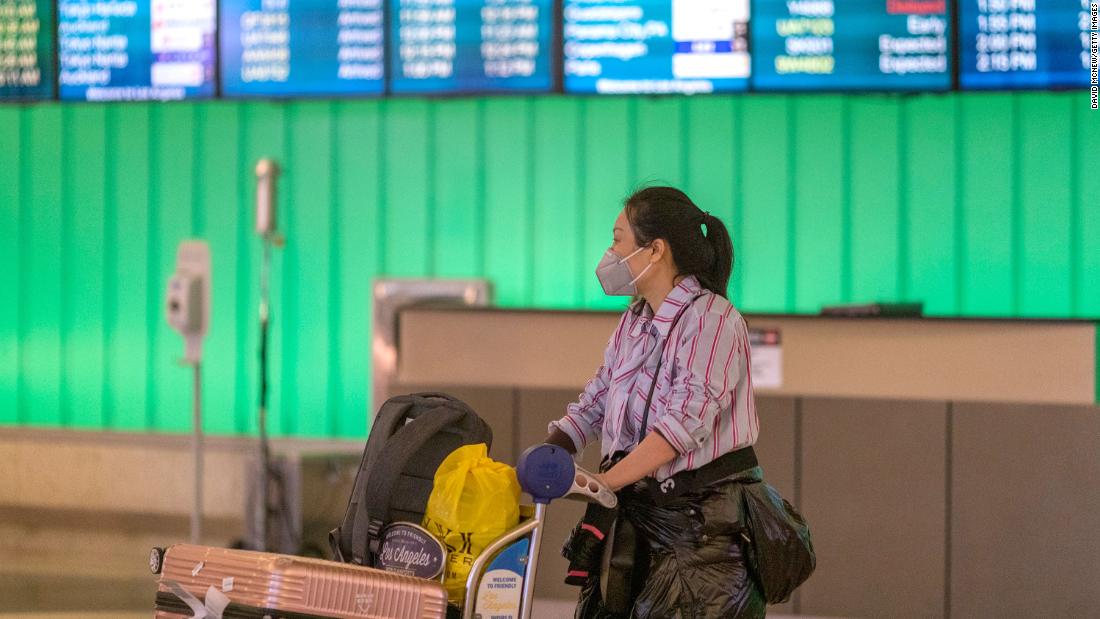 The Centers for Disease Control and Prevention are also quarantining Americans who have been evacuated by the State Department from Wuhan, the agency said.
“This strategy is not meant to catch every single traveler returning from China with novel coronavirus. Given the nature of this virus and how it’s spreading, that would be impossible. But working together we can catch the majority of them,” Dr. Messonnier said in a call to reporters Monday.

Where are people in quarantine staying?

The CDC said it is working with state and local partners to identify locations where eligible travelers coming in through the 11 designated US airports could potentially be quarantined. Those could include military bases, hotels or other sites, Dr. Messonnier said. 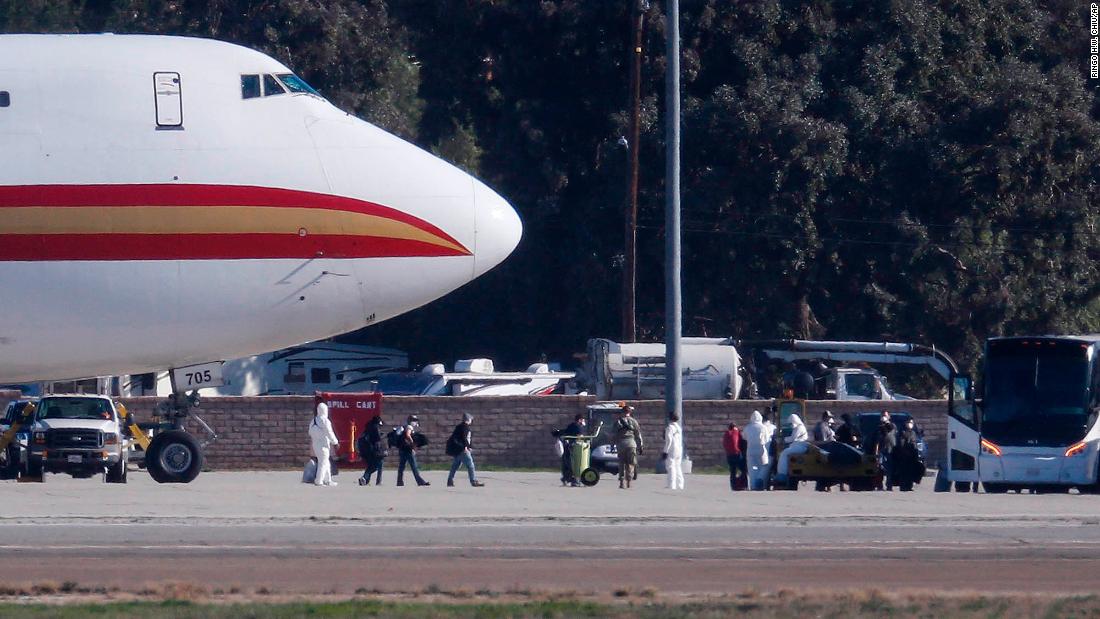 Other groups of people are also being evacuated from Wuhan by the State Department and could stay in military housing, the CDC said. The Pentagon has announced four locations where people could be quarantined that would accommodate up to 1,000 people.
Those locations are: the 168th Regiment, Regional Training Institute in Fort Carson, Colorado; Travis Air Force Base in California; Lackland Air Force Base in Texas; and Marine Corps Air Station Miramar in California.
That’s in addition to the March Air Reserve Base in Riverside County, California, where 195 evacuees are currently under quarantine.
But Hodge said he’s concerned that the federal government will run out of capacity to house people in quarantine fast.
“They only have room for 1,000 persons,” he said. “That’s four flights.”
The CDC said it expects both the number of travelers arriving to the US from Wuhan and Hubei province and the number of people who meet the criteria for federal quarantine to decrease.

While a federal quarantine doesn’t exactly resemble a four-star hotel, people are entitled to food, water, accommodations and medical treatment, and are free to communicate with family and friends, Hodge said. But they can’t leave their specified location until federal authorities say so.
A group of 195 Americans, many of them diplomats and their families, arrived by plane last week at the March Air Reserve Base in Riverside County, California. They have been put under a mandatory 14-day quarantine from the time they left Wuhan.
According to Jarred Evans, one of the Americans under quarantine at the base, everyone there is in good spirits.
CDC medical staff checks on the people at the base twice a day, taking their temperature and asking about their symptoms, he said. To his knowledge, no one has developed symptoms so far. 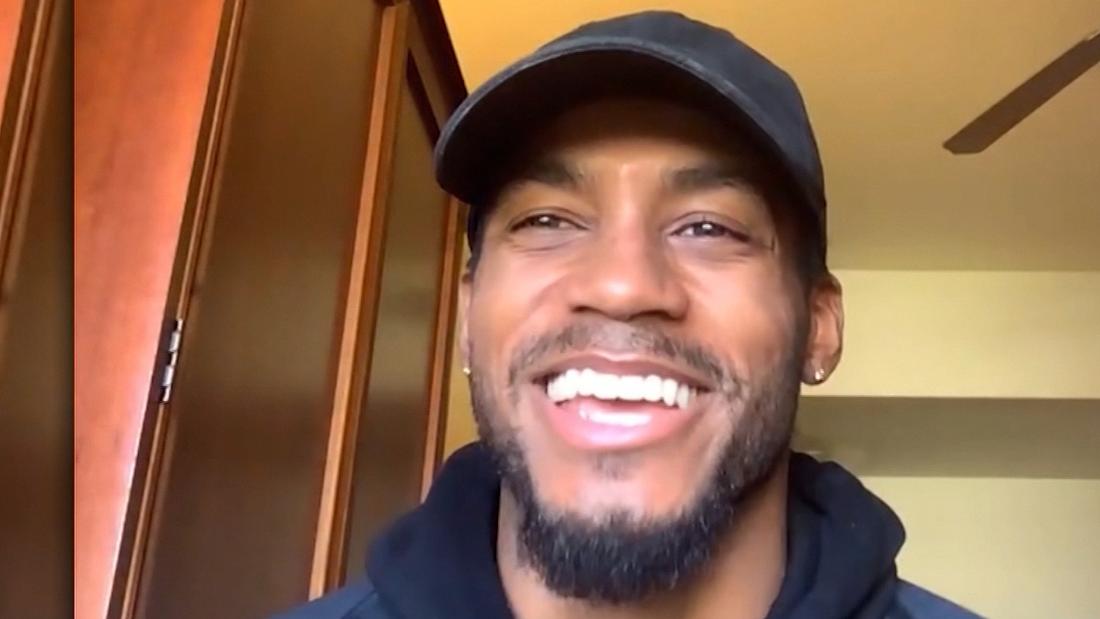 To pass the time, the evacuees have access to Zumba and kickboxing classes, and children have toys and organized activities, he said. And as for the food, meals have included eggs, potatoes, muffins, sandwiches and chips.
“Everyone is respecting one another,” Evans told CNN. “No group hugs or shaking hands though.”

Is the federal government allowed to do this?

Yes, although some epidemiologists, lawyers and health organizations have expressed concerns that the CDC’s broad authority could pose a threat to civil liberties.
The Department of Health and Human Services, which the CDC falls under, has the authority to isolate or quarantine people in order to prevent communicable diseases from being transmitted or spread either from a foreign country into the US or from state to state.
The government can only isolate or quarantine people who the CDC “reasonably believes” may be infected with or exposed to a quarantinable disease, which includes smallpox, viral hemorrhagic fevers and severe acute respiratory syndromes. 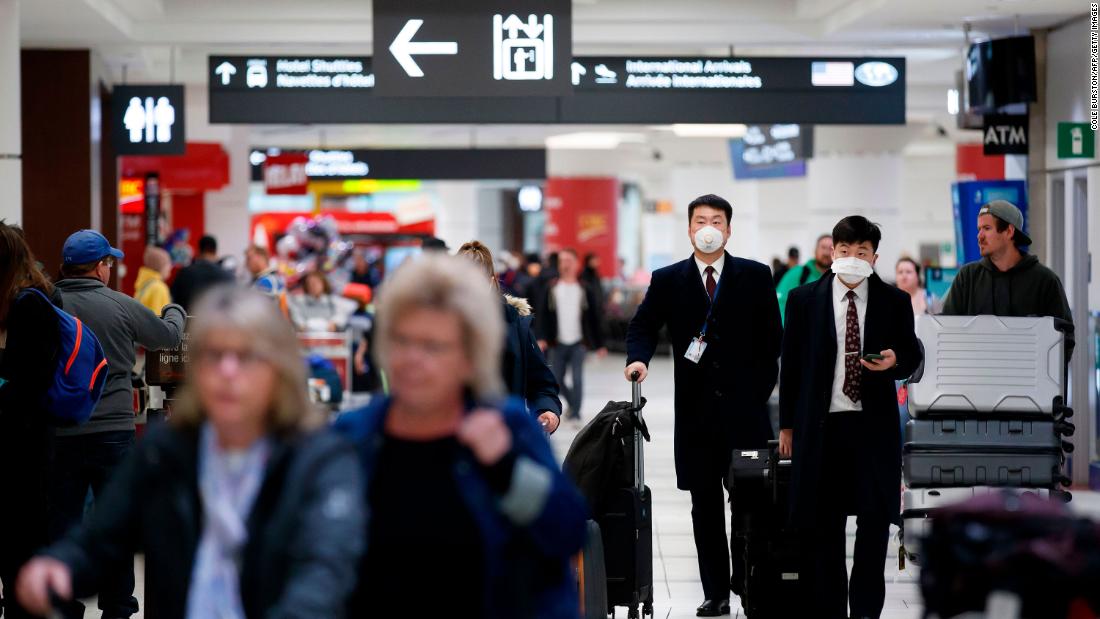 Before issuing a quarantine or isolation order, the CDC conducts a public health risk assessment that considers a person’s symptoms and whether they could have been exposed to the disease.
The CDC has three days from the time they take a person into custody to serve them with an order for quarantine, isolation or conditional release.
The CDC says it strives to use the “least restrictive and time-consuming measures” to protect public health. But keeping someone at a military base in California is considerably more restrictive than home quarantine, Hodge said.
“The CDC is clearly concerned, as we are globally, about any spread of this condition anywhere in the United States, and to be sure, that’s a legitimate concern,” Hodge said. “But is it any different than what we’ve seen with prior infectious disease situations including Ebola and other fronts where we did allow for home quarantine under those circumstances? Most likely not.”
But it’s possible that the CDC has information about the people in quarantine that they haven’t released publicly, which could potentially justify the agency’s case for this kind of quarantine, he added.
CNN has reached out to the CDC about these questions but has not yet received a response.

How long can someone be quarantined?

The government can quarantine someone “only as long as necessary to protect the public,” according to regulations issued by DHS in 2017.
In that time, the government would provide the public with health care options to protect against the disease, such as voluntary immunization or drug treatment, and ensure that quarantined people who have been exposed to the disease don’t infect others. 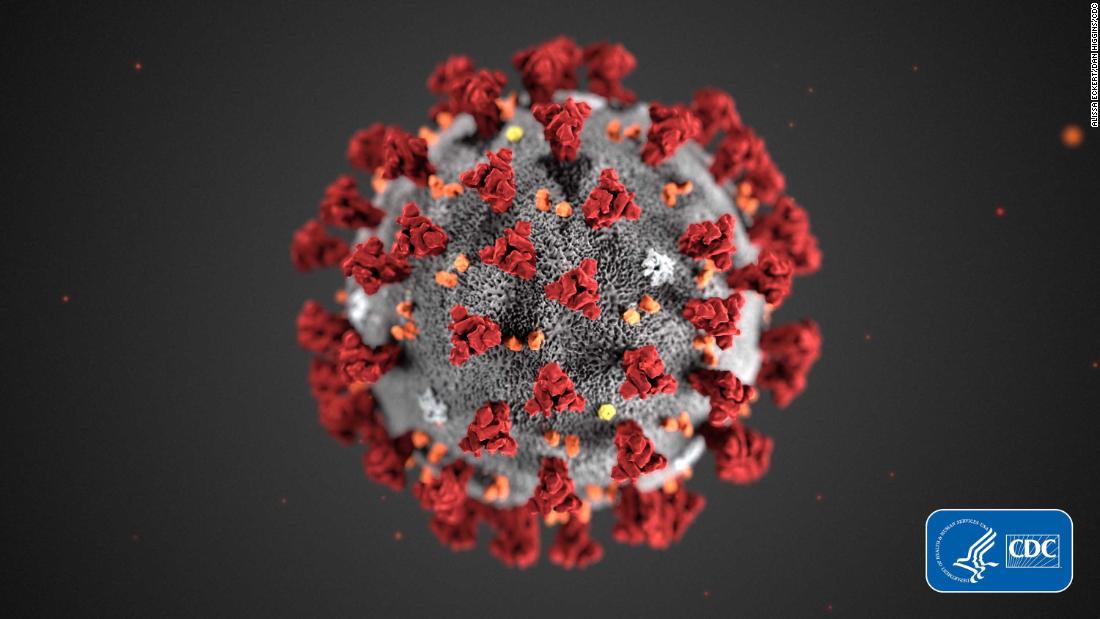 Right now, there is no vaccine to prevent infection with the novelcoronavirus. Experts say the best way to prevent infection is to avoid exposure to the virus.
While the novel coronavirus has killed more than 400 people in mainland China, US officials say that the overall risk to the American public is low.
There are currently 11 confirmed cases of the novel coronavirus in the US — nine of those people had recently traveled to Wuhan. The other two remaining cases had sustained contact in close quarters with people who traveled to Wuhan.

What rights do people in quarantine have?

People who are in quarantine are entitled to a written order from the CDC within 72 hours of being apprehended that explains why the agency thinks quarantine is necessary.
If a person in quarantine believes the CDC has made a mistake, they can request that the agency reassess its written order within 72 hours. If the CDC maintains that quarantine is necessary, the person can request an independent medical review to determine whether the CDC’s recommendation is appropriate. They can also hire representation to be present at the medical review at their own expense.
Those who can’t afford to hire their ownrepresentation can have a representative appointed at the government’s expense.
People in quarantine also have the right to take their concerns to court.

Who foots the bill for this?

If a person has health insurance, the CDC will bill their insurance provider for costs of care delivered during quarantine, according to Hodge. So depending on their insurance coverage, a person could be responsible for some or all of those costs.
During the public comment period for HHS’ latest rule on quarantine regulations, which went into effect in 2017, a flight attendant union argued that the federal government should pay for any medical costs incurred by flight attendants in quarantine. But HHS rejected the suggestion.
“… While it is not HHS/CDC’s intent to unduly burden individuals with the costs of their own isolation or quarantine, payment for expenses will be made consistent with constitutional and ethical obligations to provide for the basic necessities, e.g., food, medical treatment, for those subject to such public health orders,” the department said in its final rule.
For those who are deemed unable to afford health insurance, the government will pick up the tab but Hodge said it might outsource some of those costs to programs like Medicaid when possible.
Evans told CNN that the evacuees at March Air Reserve Base will be billed for their evacuation flight. He doesn’t know what other evacuees are being charged, but he said that his own bill is for $1,100. And once the quarantine is up, he said everyone will have to pay their own way to their final destination.

What happens if someone violates the quarantine?

When was the last time a federal quarantine happened?

Before concerns about the novel coronavirus, the last time US officials issued a federal quarantine order was in the 1960s for smallpox evaluation, Dr. Martin Cetron, director of CDC’s Division of Global Migration and Quarantine, told reporters Friday.
The CDC defines quarantine as separating and restricting the movement of people who have been exposed to a contagious disease to see if they get sick.
It’s more common for the agency to issue federal isolation orders, which separate people who have been infected with a contagious disease from those who have not been infected. The CDC said it issues about one to two orders for quarantine, isolation or conditional release a year.

In general, confining people who have or could be suspected to have a disease like coronavirus to one place is effective to prevent it from being transmitted to others, Hodge said.
But how quarantine orders are executed make a big difference, he said. Compelling people to stay in a facility away from their home for period as long as two weeks could have unintended consequences. People could potentially lie about or misrepresent their degree of exposure to a disease to avoid that kind of situation, Hodge said.
“The potential implementation of federal, heavy-handed quarantine can be problematic and can backfire,” he said.
Allowing people to be contained within their own homes would be a better solution, Hodge said, and would make people more willing to comply.
But CDC officials said on Friday that once people are educated on why the federal government believes quarantine is necessary, they mostly cooperate.
“We understand that this is a difficult situation for them. They’ve been through an ordeal,” Dr. Messonnier said. “And we’re asking them to take the time with us to make sure that they’re protecting their families and their communities, and we really admire their flexibility and resilience.”

Release Some Tension…Spend Some Time In Your Garden