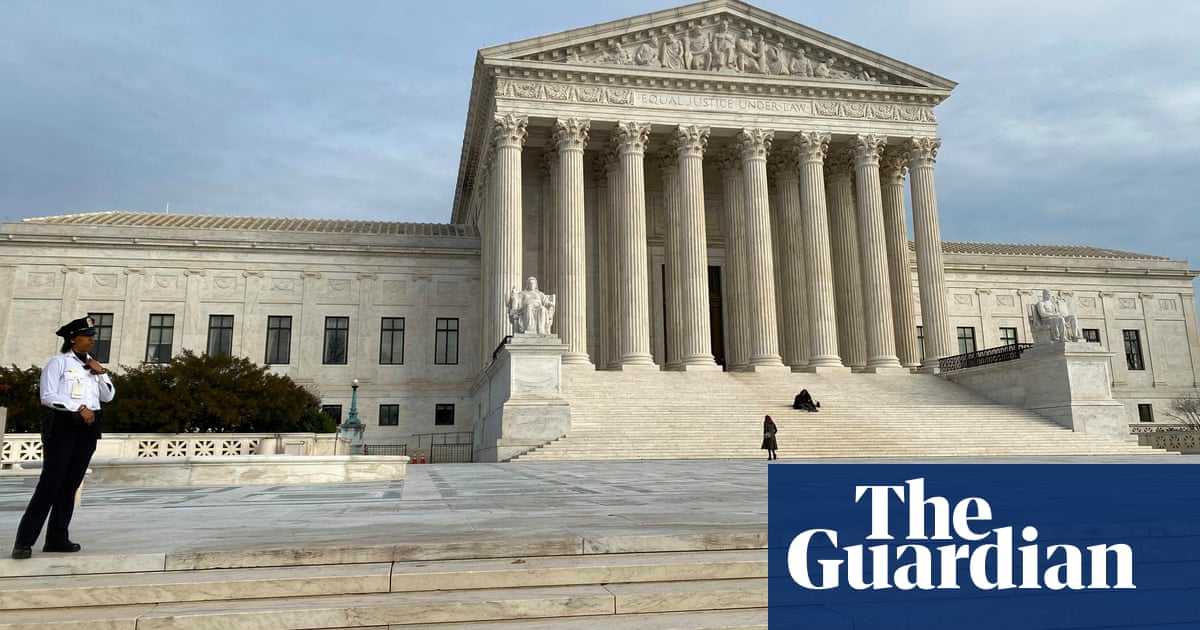 A landmark immigration case before the US supreme court Monday considers whether a few executive branch officials can make what could amount to life-or-death determinations about asylum seekers with virtually no oversight, checks or balances.

Department of Homeland Security v Thuraissigiam, which pits a Sri Lankan asylum seeker against the US government, looks at whether some migrants have the right to challenge their impending deportation in front of a neutral federal judge.

The case could make it possible for asylum seekers to more meaningfully access federal courts and confront errors made by officials during fast-tracked immigration processes.

It has historic implications that are bigger than all the other immigration stuff that Trumps doing, said Lee Gelernt, an attorney with the American Civil Liberties Union (ACLU) who is the counsel of record for Vijayakumar Thuraissigiam.

This would be the first time in the history of the country the supreme court is allowing someone to be deported without being able to test the legality of their deportation, Gelernt said.

The Department of Homeland Security (DHS) did not respond to the Guardians request for comment.

Though this case marks a potential turning point for Americas highest court, the procedure at issue has actually existed since 1996. To crack down on undocumented immigration, fraud and misrepresentation, Congress created expedited removal, which gives immigration officers the autonomy to deport someone without the right to counsel or even a regular court hearing.

In essence, the immigration officer serves both as prosecutor and judge, according to the American Immigration Council.

This goes to a fundamental question about the structure of our government and the rule of law, about whether theres gonna be fair process for immigrants, said Gelernt. And so it transcends any particular change in the substance of immigration law.

Asylum seekers are not supposed to be subject to expedited removal, so people such as Thuraissigiam who express a fear of returning home or the desire to seek refuge in the US are referred to an asylum officer who screens them for a credible fear of persecution.

Thuraissigiam asked for asylum after he fled Sri Lanka, where he says he was arrested, abducted in a van, dunked in a well and brutally beaten with wooden rods while being interrogated about his politics. He lost consciousness and was hospitalized for 11 days, according to the ACLU.

But despite clear echoes of these well-documented intimidation tactics, an asylum officer denied Thuraissigiam a full hearing after an interview with translation issues, where the ACLU argues the officer failed to ask common sense follow-up questions and then applied a tougher standard than the one that should be used to make such determinations.

Staring down deportation to the country he feared, Thuraissigiam requested review of his negative credible fear determination by an immigration judge. But unlike federal court judges, immigration judges are part of the Department of Justice, the governments main prosecutorial arm, and lack independence from the executive branch.

The judge affirmed the asylum officers determination in a cursory process Gelernt called constitutionally insufficient that ends in affirmation most of the time. And after that often brief review, asylum seekers like Thuraissigiam currently have few opportunities to further question the legality of their deportation.

They can request judicial review in district court, but they must only challenge specific facts that rarely affect their cases, such as whether theyre actually a noncitizen, or whether they have been extended legal permanent residence, refugee status or asylum before.

Thuraissigiams case, on the other hand, could open the door to legal challenges about whether DHS officers complied with the departments own procedures and applied the correct standards to other asylum seekers, according to Sarah Pierce, a policy analyst at the Migration Policy Institute.

In practical terms, the impact might not be huge; asylum seekers have limited resources and struggle to find and afford representation, so its unlikely there would be a deluge of federal court cases. But the decision itself would significantly increase the rights of these migrants in the US, and hopefully some legitimate asylum seekers would benefit, Pierce said.

For that to happen, though, the supreme court would have to rule in Thuraissigiams favor, an idea Pierce finds doubtful. In the last few years, the Trump administration has scored a number of high-profile immigration-related wins in front of the court, which is currently conservative-leaning, Pierce said. From allowing expanded public charge rules regarding legal immigration to be enforced, to upholding Trumps travel ban targeting primarily Muslim-majority countries, to letting a near-total bar on asylum at the US-Mexico border move forward, the courts majority has routinely sided with the Trump administrations hardline immigration policies.

But that record wont stop Gelernt on 2 March. The ACLU has been working on this issue since the statute was passed in 1996. Cases like Thuraissigiams are hard to find because people are deported so quickly, Gelernt said, and no other case has made it this far.

We believe that there always has to be fair process, and one of the things thats critical to fair process is the ability to go to a neutral federal court, said Gelernt. For us, its a core constitutional issue.

How Britains Insanely Risky Coronavirus Experiment Will Affect the U.S.

Want to Break Up the United States? The Kremlin Is Ready to Help.