These individuals are known for pranking high-level officials, spokeswoman says, after duo tricked Perry into thinking he was talking to Ukrainian PM 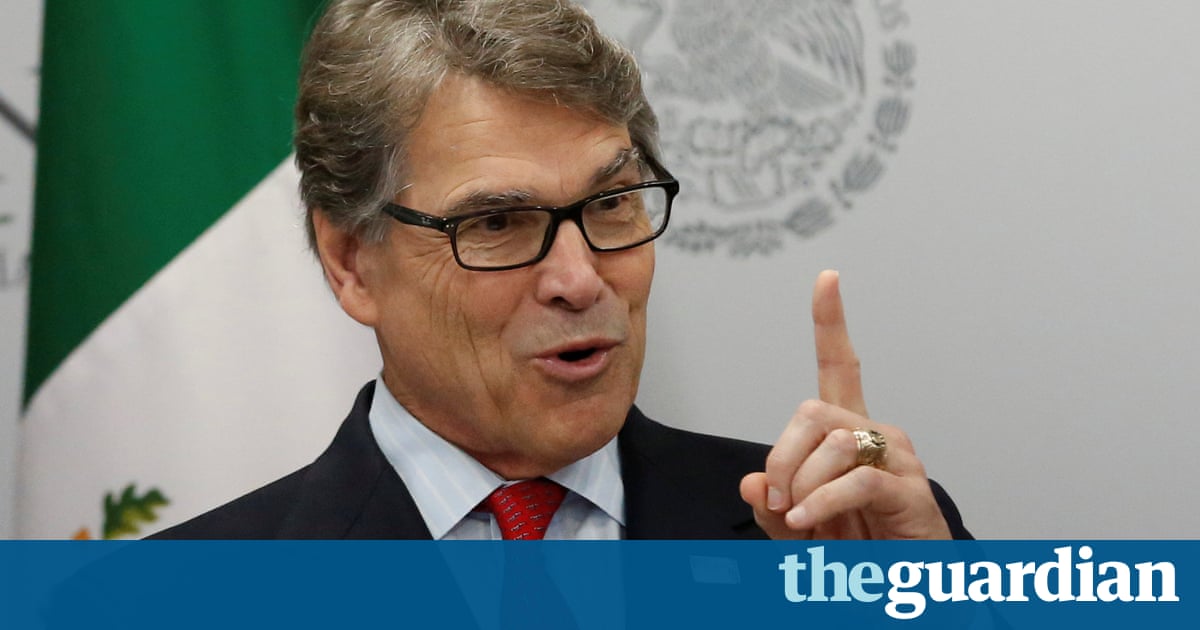 The US energy secretary Rick Perry has become the latest victim of a pair of Russian phone pranksters who have previously fooled Elton John into thinking he was chatting to Vladimir Putin.

On this occasion, Perry believed he was discussing American coal exports with Ukraines prime minister, Volodymyr Groysman. In fact, he was talking to Vladimir Krasnov and Alexei Stolyarov, Russian pranksters who have become known for targeting celebrities and politicians with audacious stunts, energy department spokeswoman Shaylyn Hynes confirmed.

Suspicions might have been raised when the 22-minute conversation turned to a claim by the pretend PM that the Ukrainian president Petro Poroshenko had invented a new biofuel made from home-brewed alcohol and pig manure, according to a translation reported in the Washington Post.

The energy secretary who appeared to be relying on a translator during the conversation welcomed the idea as interesting. He would be visiting Kiev in August, he told his caller. I look forward to visiting with the president and getting a more in-depth briefing If thats the result, then hes going to be a very, very wealthy and successful man.

Krasnov and Stolyarov are sometimes called the Jerky Boys of Russia, named after an American duo who put out recordings of their prank phone calls in the 1990s. The pair famously made a prank call to Elton John, who thought he was speaking to the Russian president.

These individuals are known for pranking high-level officials and celebrities, particularly those who are supportive of an agenda that is not in line with their governments. In this case, the energy security of Ukraine, Hynes said.

During the call on 19 July, Perry, whose department oversees the US nuclear weapons program, discussed a range of topics, including sanctions against Russia and helping Ukraine develop oil and gas.

He also said the Trump administration opposes Nord Stream 2, a Russian project to bring natural gas to Europe across the Baltic, and that US technology could help Ukraine develop gas.

Giving Ukraine more options with some of our technology is, I think, in everyones best interest with the exception of the Russians, but thats OK, he said.

Perry also discussed the Paris climate accord, defending Donald Trumps decision to withdraw the US from the agreement: Our position is that its our record that should be looked at, not whether or not we have signed on to some international accord The president made the decision that the cost to the United States to be in the Paris accord was not in our best interests.

The call, first reported by E&E news, was recorded and posted online. It happened about a month after Perry met with a Ukrainian delegation at the energy department.

It is unclear how the United States would bring more coal to Ukraine but Perry hinted on the call that the commerce department was working on it.

The coal conversation at this particular point in time is with [secretary of commerce Wilbur Ross] and I full well suspect it will go forward, he said on the call.

Reuters contributed to this report.