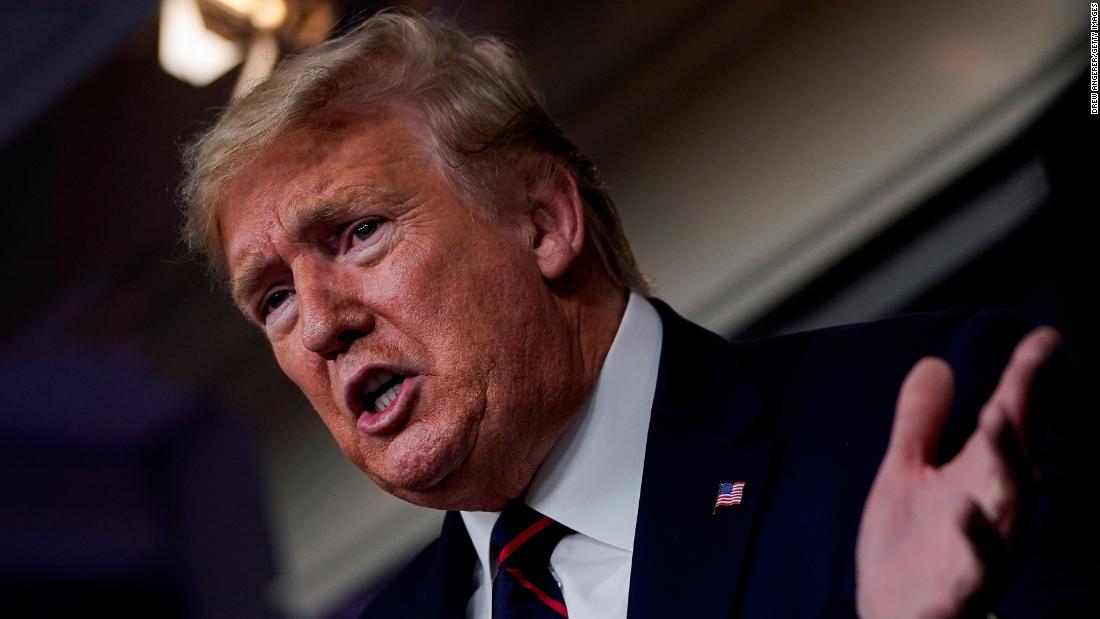 (CNN)President Donald Trump said Saturday that he’s considering a short-term quarantine of “hot spots” in parts of the tri-state area — New York, New Jersey and Connecticut — where cases of coronavirus continue to rise.

Trump’s suggestion comes after the United States this week became the epicenter of the global pandemic, with at least 111,000 reported Covid-19 cases across the country, and more than 52,000 of them in New York state alone. Officials forecast that the apex of the pandemic there is still 14 to 21 days away. But overwhelmed hospitals, in New York as well as across the US, working to treat coronavirus patients and curb the spread of the virus are facing a shortage of supplies and ventilators, a key piece of equipment.
“I’d rather not do it, but we may need it,” said the President, who later tweeted that “decision will be made, one way or another, shortly.”
LISTEN: The Coronavirus: Fact vs. Fiction Podcast 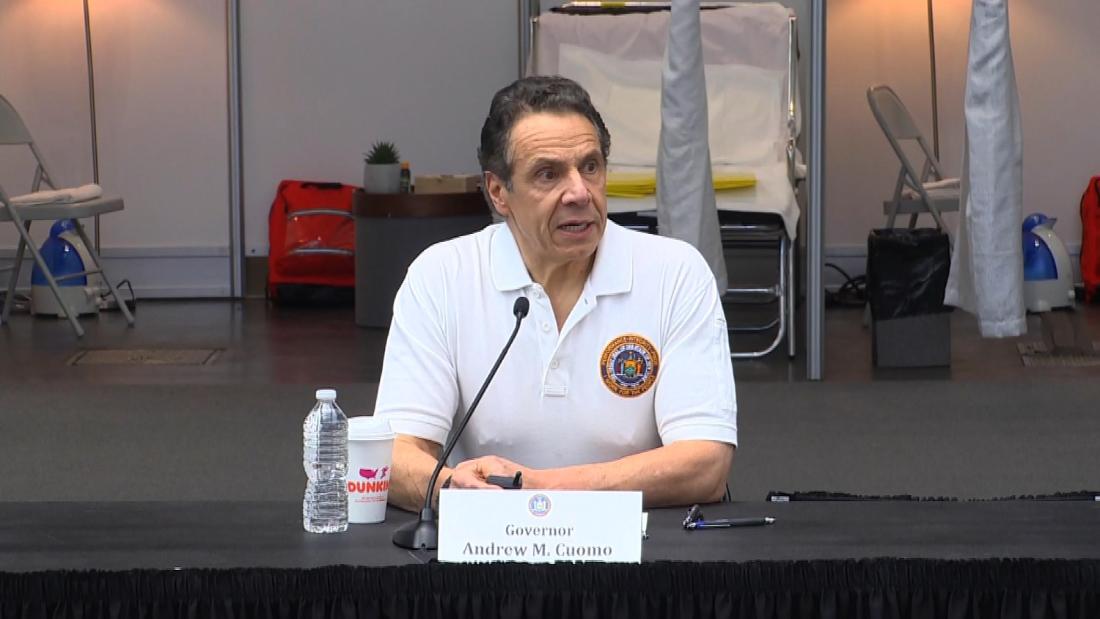 New York Gov. Andrew Cuomo said that he spoke with Trump on Saturday morning, but that the two had not discussed a quarantine.
“I don’t even know what that means. I don’t know how that could be legally enforceable,” the Democratic governor said during in a news conference in Albany. “And from a medical point view, I don’t know what you would be accomplishing.”
“But I can tell you, I don’t even like the sound of it,” he added.
Later Saturday, Cuomo told CNN’s Ana Cabrera that the quarantine sounded more like a lockdown for the New York area, calling a potential move by the federal government “mayhem.”
“It would be chaos and mayhem,” Cuomo said. “It’s totally opposite everything he’s been saying. I don’t think it is plausible. I don’t think it is legal.”
Trump, however, earlier said that possible quarantine would be “enforceable” and “restrict travel” from those parts of the tri-state area. He also said any quarantine wouldn’t affect truckers from outside the New York area.
“Restrict travel, because they’re having problems down in Florida, a lot of New Yorkers going down. We don’t want that,” he said.
Florida’s governor had mandated a 14-day self-quarantine or isolation period for travelers coming to Florida from airports in New York, New Jersey and Connecticut. According to media reports, wealthy New Yorkers have fled Manhattan for vacation homes in the Hamptons, the Catskills, the Poconos, Florida and Connecticut.
Florida Gov. Ron DeSantis said during a call with Trump, the President mentioned the possibility of a quarantine “around the New York City area.”
“There’s a lot of logistics involved and I think the President is well suited to figure that out,” DeSantis said during a Saturday briefing. “Whatever works I think we need to do.”
DeSantis said it’s not fair to Floridians “to just be airdropping in people from the hot zones, bringing infections with them.” He added that New York officials were working hard and doing a great job but people are “dispersing from there.”
INTERACTIVE: Tracking coronavirus’ global spread 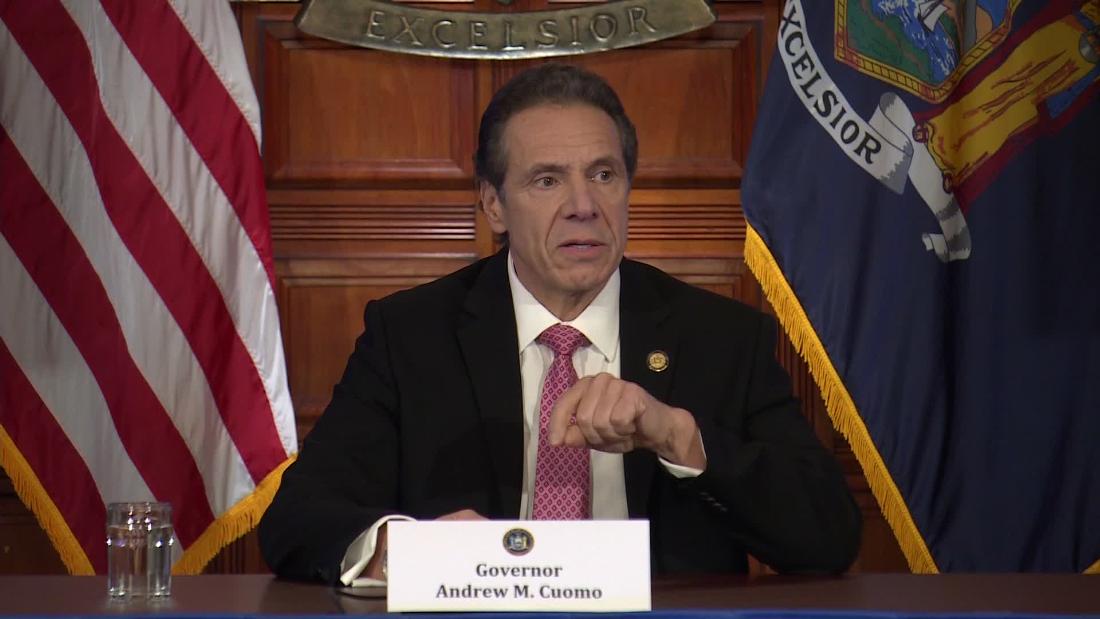 Sen. Richard Blumenthal, a Democrat from Connecticut, responded to Trump’s tweet with one of his own, saying that the possible quarantine measures are “unclear” and could cause “confusion.”
The specifics & impact of this new directive by tweet are unclear & uncertain. The effect may be more confusion than confidence. Gov. Lamont has been strong & effective in his leadership instructing CT’s people to self-quarantine & stay at home if possible,” Blumenthal said in a Saturday Twitter post.
As he departed from Joint Base Andrews, Trump said he would speak to Cuomo later about the possible quarantine. And describing the quarantine as something that would be “for a short period of time, if we do it at all,” the President also said that he would not close the New York City subway.
Earlier this month, Cuomo had deployed the National Guard and created a 1-mile “containment zone” in New Rochelle, a suburb of New York City, in an attempt to stop a growing cluster of coronavirus cases.
The National Guard helped coordinate delivering meals to those in quarantine and a drive-thru coronavirus testing site was opened.
Cuomo said that the number of new coronavirus cases slowed over the period the restrictions were imposed.
As of Saturday morning, New York had at least 728 reported deaths due to coronavirus and at least 52,318 reported cases — making it the state with the most in the nation, according to CNN Health’s tally.

Trump says he may invoke Defense Production Act this week

Trump also said Saturday that he plans to invoke the Defense Production Act “maybe once or twice” this coming week to ramp up production of needed supplies.
The legislation, passed in the 1950s on the cusp of the Korean War, provides the President with a broad set of federal powers to require businesses to “prioritize and accept government contracts” as well as “provide economic incentives” to ensure the US has the stockpiles it needs to handle an impending medical crisis.
The President on Saturday did not identify which companies or supplies he would use the order to produce, but he did suggest he was facing push back from companies he called “little problem children.”
“We’re look(ing) at two companies that have not lived up to what they said. I would say they’re in the 1% group, okay? And all of a sudden they heard we’re going to use it and they’re rolling out the red carpet,” he said.
The President invoked the DPA on Friday, requiring General Motors to begin making ventilators.

USNS Comfort a ‘message of hope and solidarity’

Trump, in his remarks Saturday afternoon in front of the USNS Comfort before it departed for New York, expressed his gratitude to “the dedicated service members who will soon be on the front lines of this fight.”
“This great ship behind me is a 70,000-ton message of hope and solidarity to the incredible people of New York,” he said.
The Navy hospital ship will not treat patients with coronavirus, but rather provide surge capacity for those with other urgent care needs.
The ship is scheduled to arrive in New York on Monday and begin treating patients on Tuesday, Trump said.
The Navy deployed another ship, the USNS Mercy, to Los Angeles.
Each ship contains 12 fully equipped operating rooms, 1,000 hospital beds, radiology services, a medical lab, pharmacy, optometry lab, a CAT-scan and two oxygen producing plants, according to the Navy.
This story has been updated to include statements from Florida Gov. Ron DeSantis and Connecticut Sen. Richard Blumenthal.

Rosalind P. Walter, who inspired the ‘Rosie the Riveter’ song, has died at 95

People Are Finding Out Their Quarantine Vibes, & Some Are Creepily Spot-On