‘There’s nothing there’: White House staff deny Comey sacking is linked to Russia

Apparently taken aback by scale of political firestorm, White House sent out Sean Spicer, his deputy and Kellyanne Conway to defend its position 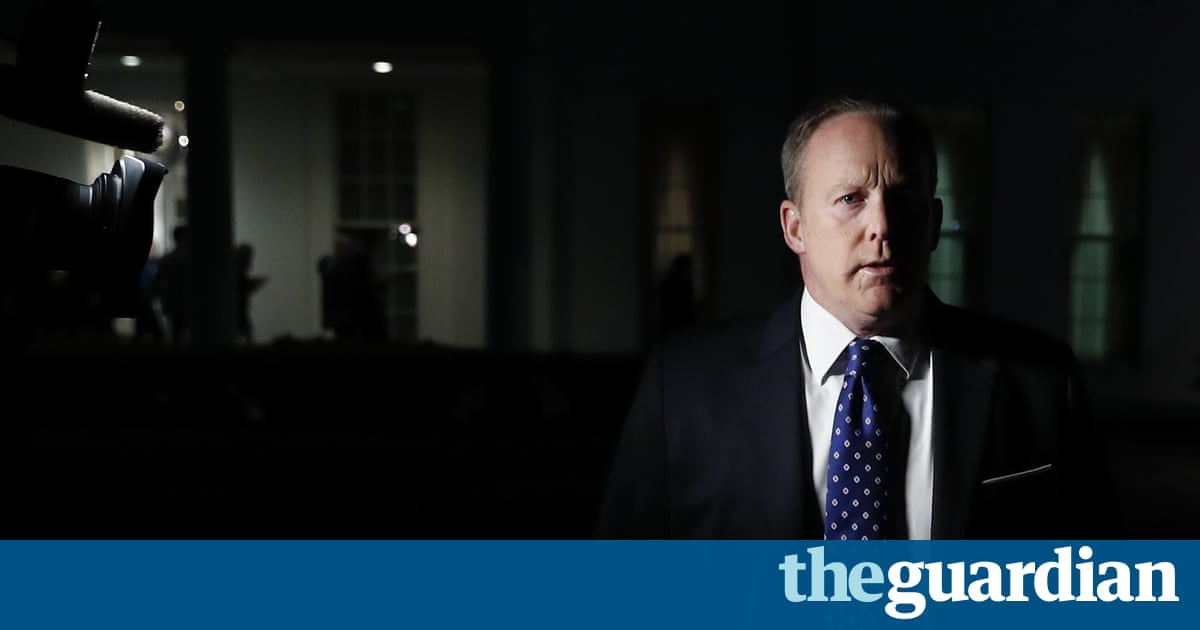 It was just after 9pm when, cloaked in darkness, the White House press secretary held one of his most peculiar briefings yet.

Sean Spicer had just finished an outdoor TV interview defending Donald Trumps dismissal of FBI director James Comey, and was walking along a perimeter fence towards the west wing. A group of journalists tracked him and lay in wait. Caught in the glare of camera lights, the Trump spokesman ordered they be switched off, then incongruously joked: Relax, enjoy the night, have a glass of wine.

Apparently taken aback by the scale of the political firestorm on Tuesday, the White House backed up its press secretary with his deputy, Sarah Huckabee Sanders, and senior adviser Kellyanne Conway sent out to defend its position.

In the deep gloom Spicer faced a barrage of questions about why Comey had been fired and why now. The FBI director reports through the deputy attorney general, he said. So Rod Rosenstein was confirmed on April 25th, two weeks ago, by a vote of 94 to six in a very obviously bipartisan matter. He is a career prosecutor Hes very familiar with the Department of Justice, the FBI, and he made a decision, clearly, based on the letter that he submitted, that the FBI director had lost his confidence.

Spicer said it was his understanding that Rosensteins memo and Sessionss letter were presented to Trump on Tuesday. He went with their recommendation and made the decision to move forward.

The press secretary rejected Democrats demands for an independent prosecutor into alleged collusion between the Trump campaign and Russia. I guess the first question Id ask is, whats the basis? I think we have a system thats working right now. Im not aware of any reason that would be necessitated.

A reporter shot back: The reason that the Democrats would say is that youve just fired the person whos overseeing that.

Spicer replied: The president made the right decision based on what a 30-year career prosecutor that was just confirmed 94-6 recommended and the attorney general concurred on.

I also find it interesting that the same individuals who are out there making these statements on the other side of the aisle are the same people including the minority leader [Chuck Schumer] who said very clearly just a few months ago, I have lost confidence in the FBI director It seems a bit ironic that they are now questioning the presidents decision to side with something that they clearly articulated a few months back.

Spicer said he did not know when Trump and Comey last spoke. The letter of dismissal was delivered by hand to the FBI and sent electronically to him. He did not explain why the deed had not been done in person or by phone.

Conway took the PR offensive to CNN. Host Anderson Cooper asked why Trump was suddenly concerned about the investigation into Hillary Clintons use of a private email server when she was secretary of state.

Conway, who notoriously coined the phrase alternative facts, replied: I think youre looking at the wrong set of facts here. In other words youre going back to the campaign. This man is the president of the United States. He acted decisively today. He took the recommendation of his deputy attorney general who oversees the FBI director.

Asked about Schumers allegation of a cover-up, Conway insisted: Well hes wrong. Its not a cover-up. In fact the president makes clear in the letter the fact Mr Comey assured the president that he is not under investigation.

Conway dismissed calls for a special prosecutor and concerns over the involvement of attorney general Jeff Sessions, who was forced to recuse himself from the Russia investigation.

This had nothing to do with Russia as much as somebody must be getting $50 every time the word is said, Im convinced, on TV, she argued. This has nothing to with Russia. Its everything to do with whether the current FBI director has the presidents confidence and can faithfully and capably execute his duties.

Separately, Spicers deputy, Sanders, told reporters: Look, heres the bottom line. Comey had lost the confidence across the board. From House members, from Senate members, from rank and file members of the FBI and the American public. When you have that happen, you cant serve in that capacity.

And appearing on Fox News, she insisted that the move would have no effect on the Russia inquiry. When are they gonna let that go? Its been going on for nearly a year. Frankly, its kind of getting absurd. Theres nothing there.

Weve heard it for the last 11 months. There is no there, there. Its time to move on and frankly its time to focus on the things that the American people care about. Theyre not worried about this false narrative that the media continues to want to drive.

Behind the scenes of James Comey’s epic firing