The Hunt depicts elites hunting the poor for sport. The ‘satire’ feels a little too real | Jessa Crispin

That the film coincides with a pandemic which will kill the uninsured, sick and elderly is just another layer of discomfort 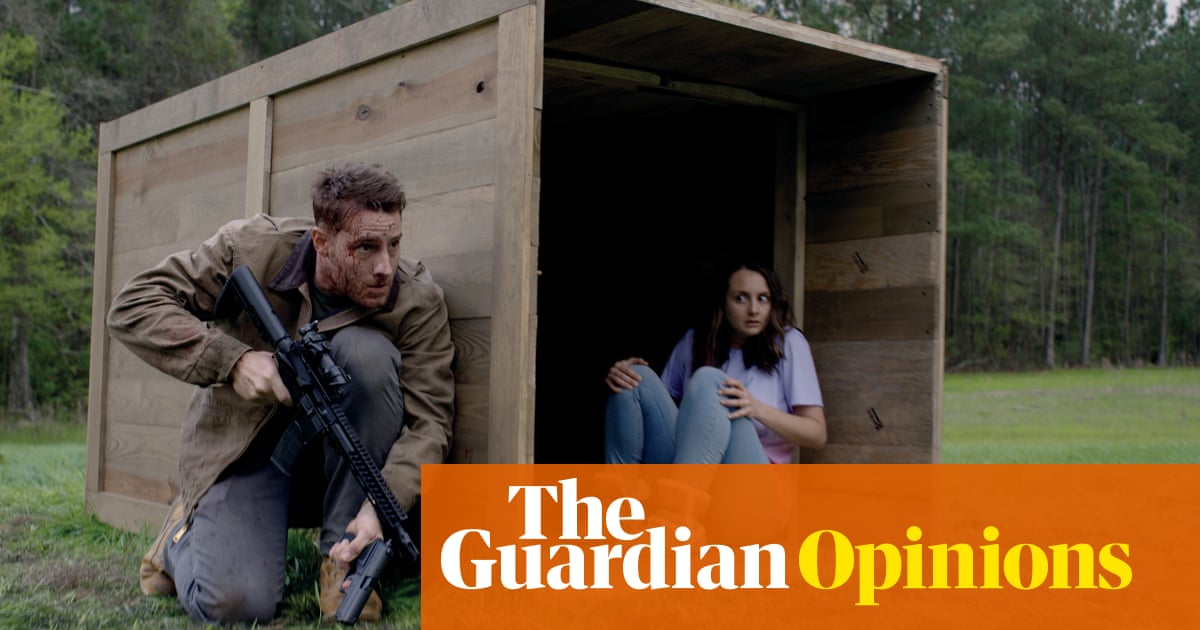 My entertainment options this week were a movie in which liberal elites hunt down and murder deplorables for sport deaths that are ultra gory and played for laughs and a Hulu documentary in which Hillary Clinton explains with a chuckle and a smile why the policies supported by her 2016 opponent, Bernie Sanders policies like universal healthcare and prison reform, which would help countless Americans are just not doable. In other words, essentially the same thing.

The Hunt was supposed to be released last fall, but it was put on hold after some people wondered if a movie about political polarity and divisiveness in contemporary society, in which a bunch of poor people die violently was really going to be a good idea. Released now, the controversy is its main selling point. And since we are in the beginning stages of a pandemic for which the United States is not remotely prepared and in which the uninsured, elderly, and poor are much more likely to die well, lets just say the timing creates a certain tone.

The co-writer and producer Damon Lindelof who recently read the legendary anti-fascist comic Watchmen and thought, huh, okay, but what if instead we made the cops the heroes? has created a world where a group of rich, NPR-listening liberals, who bicker about gendered language and whether black or African-American is the more acceptable term, drug, abduct, and murder Trump voters for sport. One of the Trump voters actually isnt a Trump voter but is brought there by mistake, and not being a redneck hillbilly idiot, she manages to fight back. I think thats a metaphor. For something.

Ultimately the film wants to pretend to be a commentary on cancel culture and our new culture wars. It turns out the whole plan for liberal elites to hunt deplorables becomes a reality because deplorables cant take a joke about liberal elites hunting deplorables. The slapstick deaths are supposed to indicate that hey, were just playing around here, rather than show a callous disregard for human life on the part of the film-makers. And if you dont find it funny to watch a woman impaled on spikes or a man blown up on a landmine or a woman choking to death after shes poisoned, you must be one of those humorless cancel culture freaks who need to learn to take a joke.

But of course if youre from and of the coasts its easy to believe these new culture wars are just about a difference of opinion about gun control or abortion and not about the hopelessness and loss of meaning and instability causing the deaths of despair killing white middle Americans without college degrees through suicide and addiction. Its similar to how one segment of the population will remember the culture wars of the 1990s as a discussion about whether a crucifix of Jesus Christ submerged in urine should be considered art, and not about whether the thousands of gay people, IV drug users, hemophiliacs, and others deemed ultimately disposable by the government and society should have been allowed to die from Aids. Or as a debate about whether children should be exposed to vulgarity in music, and not about whether black people or people in poor neighborhoods should be murdered, brutalized, and harassed by the police forces that claim to protect them.

Its not clear that anyone involved with this film has ever even been to the south. The star, Betty Gilpin, plays a working-class woman named Crystal who spends the entirety of the film holding her jaw as if she is trying not to let any spit from the chewing tobacco dribble out, and yet at no time does she partake in chewing tobacco. Its like she saw a picture of someone once and thought, Oh, that must be how they do it down there, but no one explained to her its not just that all southerners have a severe underbite. But then no one involved in the production thought it might be weird for the action of the film to play out in Croatia, a country still dealing with the aftermath of its own uh, lets call it political polarity and divisiveness, I guess.

Im sure the millionaires who endorsed billionaire Mike Bloomberg in the Democratic primaries will watch this movie on their private jets and have a good chuckle at the depiction of clueless and out-of-touch elites heading to Croatia on their private plane with a cargo full of white trash. Oh my God, thats so us! I also enjoy a little caviar snack while on my way to my private manor in the Balkans. And then theyll go back to deciding which underprivileged group should receive their charity this month instead of just paying their taxes, which could fund an adequate public healthcare system that would keep people from having to beg online to afford chemotherapy.

Cinemas across the US are currently closing because of coronavirus; perhaps only the elites who can afford private screenings of The Hunt in their palatial estates will be able to see it. In the meantime, the rest of us are about to go on quarantine lockdown, forced to sustain ourselves on whatever mediocre bilge Netflix has put out this week. I think thats a metaphor. For something.

Can Democrats unite the party in time for November’s election?

3 Situations You HAVE To Lie To Your Woman