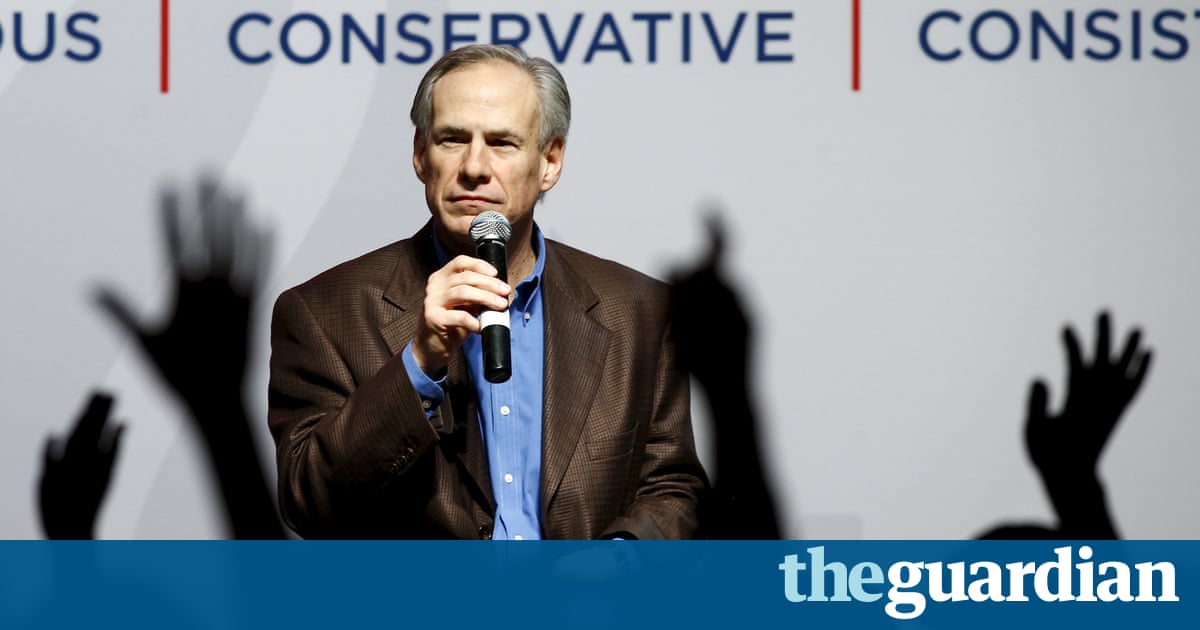 Texas has announced its withdrawal from the federal refugee resettlement programme, effective from 31 January next year.

Amid rightwing concerns about national security, the announcement sent a political message. In a statement released on Friday, the Republican governor, Greg Abbott, said he had authorised the withdrawal in order to continue to prioritise the safety of all Texans.

The move will not, however, prevent refugees from coming to Texas. Not-for-profit groups have said they will continue to settle arrivals in the state without cooperation from the state government and there is no practical way of stopping people from crossing state borders once in the US.

A spokesman for Refugee Services of Texas told the Guardian the organisation was very disappointed in Abbotts decision, and said resettlement agencies would work diligently to increase numbers of refugees accepted in the state.

The Texas state government signalled its intention to withdraw from the federal programme on 21 September, sending to the Office of Refugee Resettlement (ORR) a letter in which it demanded that the federal body approve its plan for increased screening.

Refugees fleeing the Syrian civil war are at the heart of concern in Texas. Republicans including Senator Ted Cruz have sounded an alarmist note, arguing that the Obama administrations vetting process is inadequate and that prospective terrorists may be slipping across the border.

Last November, Sid Miller, the Texas agriculture commissioner, shared a Facebook post that compared Syrian refugees to rattlesnakes, with the text: Can you tell me which of these rattlers wont bite you? Sure some of them wont, but tell me which ones so we can bring them into the house.

The federal government contends that applicants are carefully scrutinised during a lengthy screening process. In August, the national security adviser, Susan Rice, said in a statement the US would admit at least 85,000 refugees in the 2016 fiscal year and had met Obamas goal of 10,000 Syrian arrivals ahead of schedule.

At a United Nations summit earlier this month, Obama announced that the US would increase its intake to 110,000 refugees for the new fiscal year, starting 1 October.

In a statement on Friday, Governor Abbott said: Texas has repeatedly requested that the director of the Federal Bureau of Investigation and the director of national intelligence provide assurances that refugees resettled in Texas will not pose a security threat, and that the number of refugees resettled in Texas would not exceed the states original allocation in fiscal year 2016.

Both these requests, he said, have been denied by the federal government.

As a result, he added, Texas will withdraw from the refugee resettlement programme. As governor, I will continue to prioritise the safety of all Texans and urge the federal government to overhaul this severely broken system.

Last December, weeks after the Paris terror attacks, Texas tried to block the imminent arrival of several Syrian refugees by filing a lawsuit against the federal government and the International Rescue Committee, a New York-based humanitarian organisation.

The lawsuit was dismissed, but Texas has continued its legal fight.

Refugee resettlement is overseen and funded by the federal government, but states typically work with humanitarian groups to provide services such as welfare and case management. In Texas, such organisations and the government will have to develop an alternative arrangement. Kansas and New Jersey withdrew from the programme earlier this year.

The Office of Refugee Resettlement (ORR) did not immediately respond to a request for comment on Texass decision.

In 2015, according to the Migration Policy Institute, Texas resettled more refugees than any US state 7,479 people, comprising 11% of the total.

Were very disappointed in Governor Abbotts decision after nearly 40 years of a really strong programme to welcome refugees who are fleeing for their lives, said Chris Kelley, a spokesman for Refugee Services of Texas, a social services group.

The state has opted out of the programme at a time when Texas state government really should be stepping up. We want to assure all Texans, resettlement of refugees will continue through a nonprofit model that will be created.

Rather than accept a reduction, Kelley said, resettlement agencies across the state will be working diligently to grow the numbers of refugee arrivals in line with federal targets.