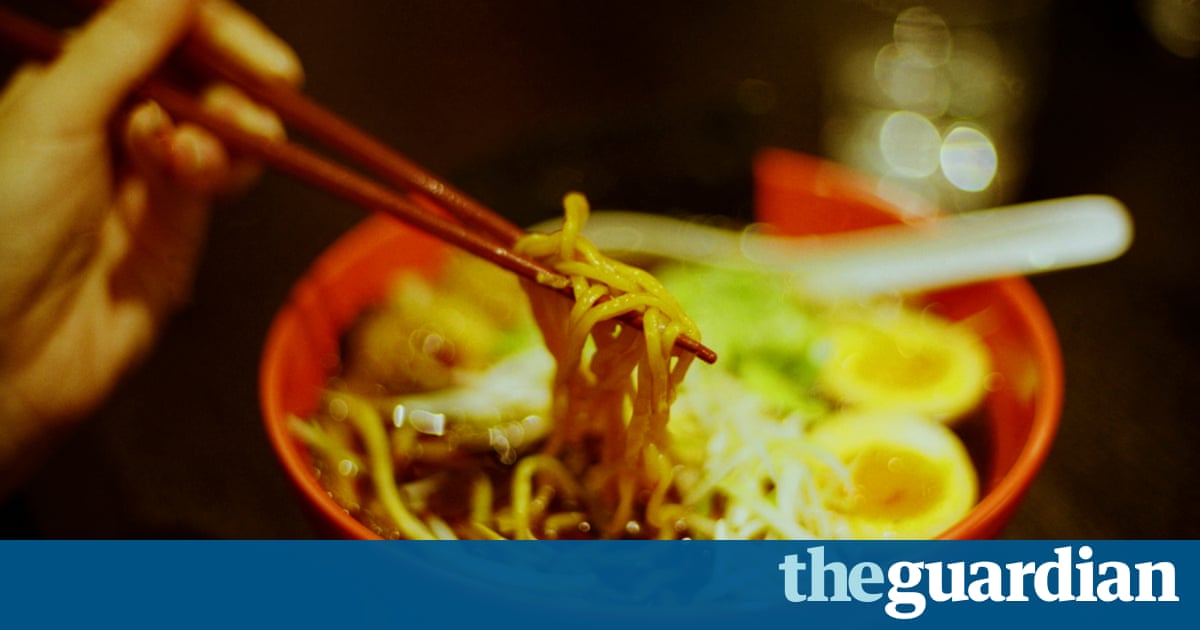 Police in Japan are trying to coax elderly drivers from behind the wheel with offers of cheap meals, as the country confronts a worrying rise in accidents involving older motorists.

Under a scheme launched last week in Aichi prefecture in central Japan, elderly drivers will be given discounts on ramen noodles at 176 outlets of the Sugakiya restaurant chain, but only after they surrender their drivers licence.

The move comes after the prime minister, Shinzo Abe, called for more action to address the steep rise in road accidents, some of them fatal, caused by drivers in the over-74 age group.

Although the overall number of traffic accidents has declined in recent years, those involving drivers aged 75 and over has risen from 7.4% to 12.8% over the last decade, according to the national police agency.

In a reflection of Japans rapidly ageing population, an estimated 17 million Japanese aged 65 or over hold drivers licences. Of those, 4.8 million are over 75 compared with 2.4 million in 2005.

Many accidents involve drivers mistaking the accelerator for the brake, and driving the wrong way along motorways after entering via interchanges and toll booths.

Sometimes those mistakes can prove fatal. This month, an 83-year-old woman lost control of her car and accidentally accelerated, killing two pedestrians. At the end of October, an 87-year-old man driving a truck hit a group of children as they were walking to school, killing a six-year-old boy.

Local media reported that older drivers in Aichi are now entitled to ramen discounts after presenting their driving record certificate, which they receive from police in return for handing in their licence.

Other parts of the prefecture are using similar incentives, including discounts at sento public baths, barbers and chemists, plus lower taxi fares.

So far this year, before the ramen concession was introduced, 12,000 drivers in the prefecture had taken advantage of the schemes.

A similar campaign in Tokyo awards graduation certificates to retiring drivers in recognition of their decades behind the wheel, according to Rocket News 24. Holders are reportedly entitled to discounts on bus and taxi fares.

Nationwide, about 270,000 people surrendered their licences in the past year, but that is still only a tiny proportion of the total number of older motorists.

This month, Taa Shinen, a 97-year-old Buddhist priest, led by example by publicly handing in his drivers licence to police. I hope you will surrender your drivers licence and live to the end of your natural lives, he said in comments aimed at fellow older drivers, according to the Jiji news website.

Even if Im careful about driving safely, theres a chance I could cause an accident. Its stupid to try to maintain your licences just out of pride.

From next March, drivers aged over 74 who are stopped for traffic violations or show signs of memory loss or impaired judgment during regular cognitive ability tests will be referred to a doctor.

Those found to be displaying symptoms of dementia a condition that affects 4.6 million Japanese will have their licences suspended or revoked.

The measures, though, have raised concern that elderly people living in rural areas with little public transport provision could find themselves isolated if they are no longer able to drive.

The most important meal of the day? How bacon lobbyists and religion created breakfast as we know it

Ral Castro: where will Fidel’s brother and successor take Cuba next?