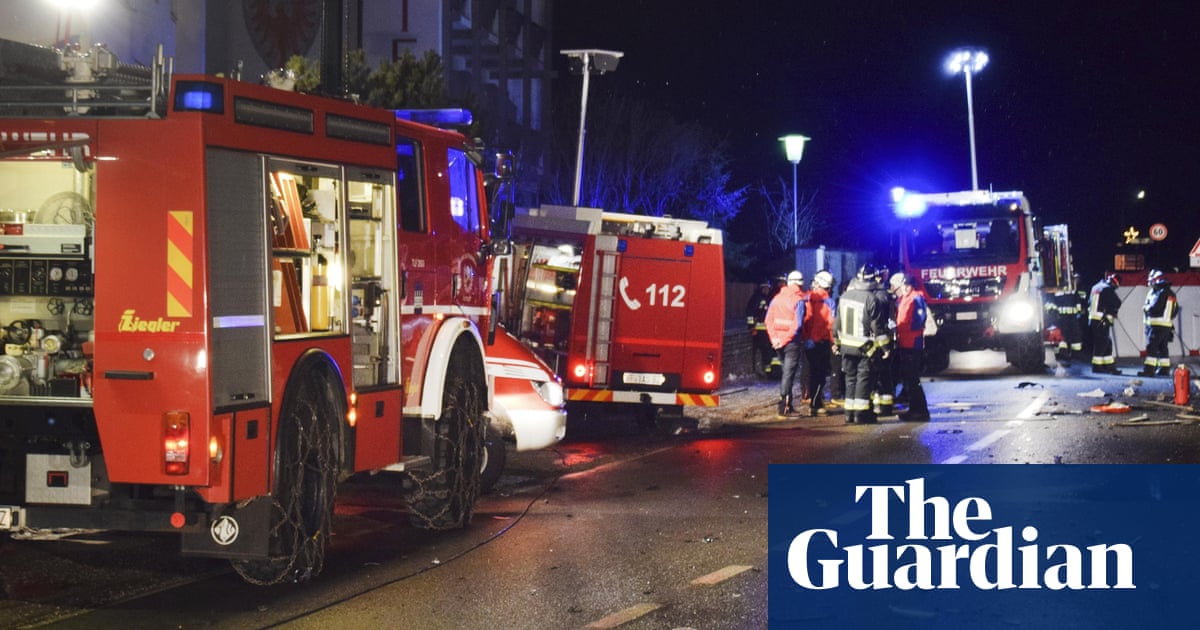 Six people have been killed and 11 injured after a suspected drunk driver hit a crowd of German tourists in the northern Italian region of Alto Adige.

Those who died, all in their early 20s, were among a group of 17 people when they were struck by the speeding Audi TT as they crossed a road at about 1am on Sunday near the mountain village of Lutago in Valle Aurina. Three of the injured are in a serious condition. One woman was transported by helicopter to a hospital in Innsbruck, Austria.

The group, who were in the area for a skiing holiday, had got off a shuttle bus after an evening out and were walking near a hotel when the incident occurred, according to Italian media reports.

A 28-year old man from the nearby village of Chienes was arrested. He was allegedly drunk at the time of the incident. Tests indicated his blood alcohol level was four times the legal limit, the Italian reports said.

During a press conference on Sunday morning, Arno Kompatscher, the governor of Alto Adige, said: The new year has started with a tragedy. We express our condolences to the victims and their families.

Helmut Klammer, the mayor of Valle Aurina, said: Last nights incident is a tragedy for the entire valley, we are without words.

Staff from the Adler hotel, close to where the incident happened, were the first on the scene. They administered first aid and called emergency services.

It was a terrible scene, a receptionist told the newspaper Corriere della Sera. People on the ground, shouting, in pain a tragedy. We have asked several times for a speed camera to be installed on this stretch of road.

As soon as drivers leave the town of Lutago, they accelerate, and here, one kilometre outside of the centre, they are already driving at 100km/h.

Two weeks ago, two 16-year-old girls died after being hit by a vehicle in Rome. The 20-year-old driver, Pietro Genovese, the son of the Italian film director Paolo Genovese, is under house arrest of suspicion of vehicular homicide.

A Letter to the Woman Who Wants a Better Husband