Woman and her four grandchildren, aged between six and nine, die after being swept away by flood waters 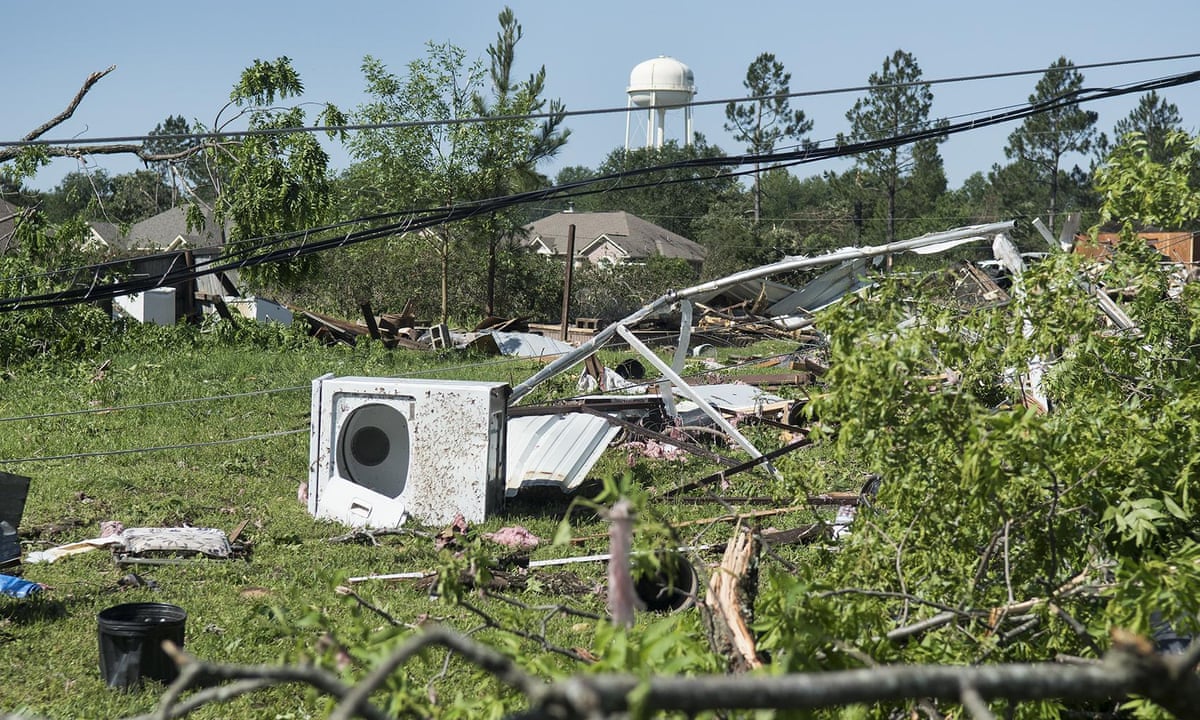 A woman and four of her grandchildren were among six people killed by floods in Texas caused by storms that unleashed tornadoes, damaging hail and torrential rains on several central US states.

The family of flood victims in Palestine, Texas, 100 miles (160km) southeast of Dallas, escaped a house where flood waters had reached the roof line and were then swept away, police captain James Muniz said.

They were able to get out but they were washed away, he said, adding their bodies were recovered on Saturday.

A Palestine man, Giovani Olivas, 30, also died when he was swept under flood waters around Anderson County Road 370. His body was found late on Saturday afternoon, according to Anderson County sheriff Greg Taylor.

Seven homes were evacuated and temporary shelters were established, officials said. The city received 7.5in (19cm) of rain in less than an hour, which caused the floods.

I dont recall ever seeing this much water rise so fast and in such a short period of time, Palestine mayor Bob Herrington said in a statement where he also offered condolences to the family of the five victims.

The National Weather Service issued a flash flood watch extending from east Texas into much of Mississippi and a severe thunderstorm watch for New Orleans and the southern Louisiana region.

Strong to severe thunderstorms are expected today into this evening across the lower Mississippi Valley, Tennessee Valley, Ozarks and the Ohio Valley, it said.

Strong winds in the Houston area downed trees and cut power lines, the service said. As of 10:30am local time, more than 4,200 customers in the region were without power, CenterPoint Energy reported.

There were seven reported tornadoes from the storm system on Friday in Texas and Oklahoma, it said. A twister caused damage to several structures and ripped through mobile homes in Ninnekah, about 50m (80 km) southwest of Oklahoma City, local news reports said.