See you in June: Warriors lay waste to Cavaliers in potential finals preview 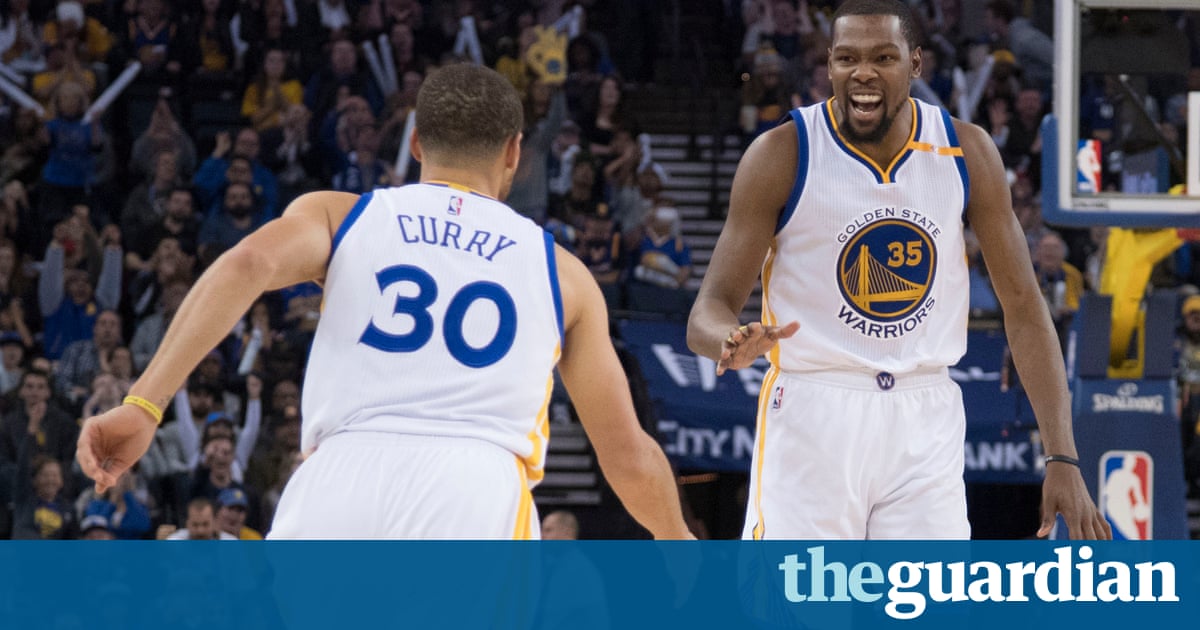 The two-time reigning MVP hit five 3-pointers and had 20 points while matching his season best with 11 assists in Golden States 126-91 rout of the defending champs Monday.

Klay Thompson scored 26 points with five 3s, and Draymond Green produced his third triple-double of the season with 11 points, 13 rebounds and 11 assists. He also equaled his career best with five blocks and had another dustup with King James in the process.

James had 20 points on 6-of-18 shooting and eight rebounds, and he and Green became the talk once more as their relationship turned even more testy.

The Warriors squandered a 14-point lead that day in a loss that fueled them going into Monday. They relinquished a 3-1 advantage in the NBA finals last year, a failure that motivates them to return to the big stage. And the rivals latest holiday game marked the Cavs first trip back to Oracle Arena since capturing the title here seven months ago.

Kyrie Irving who hit game-winners against Golden State in the past two matchups, including the championship clincher scored 17 points on an uncharacteristic day for the Cavs when they committed 15 turnovers to 11 assists.

Cleveland shot just 35.2% (31 for 88) overall. Beyond embarrassed, Cavs players made for the tunnel before the final buzzer even sounded.

The latest altercation between Green and James came with 6:55 left in the first half. Golden State led 52-35 when James collided with Green near midcourt, resulting in a flagrant 1 foul on Golden States emotional All-Star. Greens arm extended across the upper body of James, who went down hard and lay on the court. Green reacted by appearing to mock James for flopping and he wasnt the only one to sense some embellishment from LeBron.

Flagrant 1 on Draymond?? What has happened to my league?? former player-turned-analyst Reggie Miller posted on Twitter.

After a long replay review, a double technical was called on Green and Richard Jefferson.

This tension goes back a while: Green was suspended for Game 5 of last seasons NBA finals after swiping at James groin the previous game. The absence of Green helped swing the series.

After Currys pull-up 3 moments before halftime Monday sent his team into the break with a 78-49 lead, the star guard did what looked like a little celebratory breakdancing move on his behind at the sideline.

You bet this one meant a lot to the Warriors to regain some swagger in this rivalry after Cleveland had won the past four meetings.

A day after the Christmas loss at Cleveland last month, the NBA said James should have received a technical for hanging on the rim with 1:43 to play and that Jefferson fouled Durant on the games final play. That prompted Durant to call on the league to ditch the Last Two Minute Report altogether.

Zaza Pachulia pulled down 13 rebounds as Golden State had a 58-35 edge on the boards. Andre Iguodala came off the bench to make all five of his field goal attempts for a season-high 14 points, and Shaun Livingston added 13.

Serena Williams safely through to Australian Open second round