Sean Hannity: Smollett case proves that journalism in this country is dead and buried 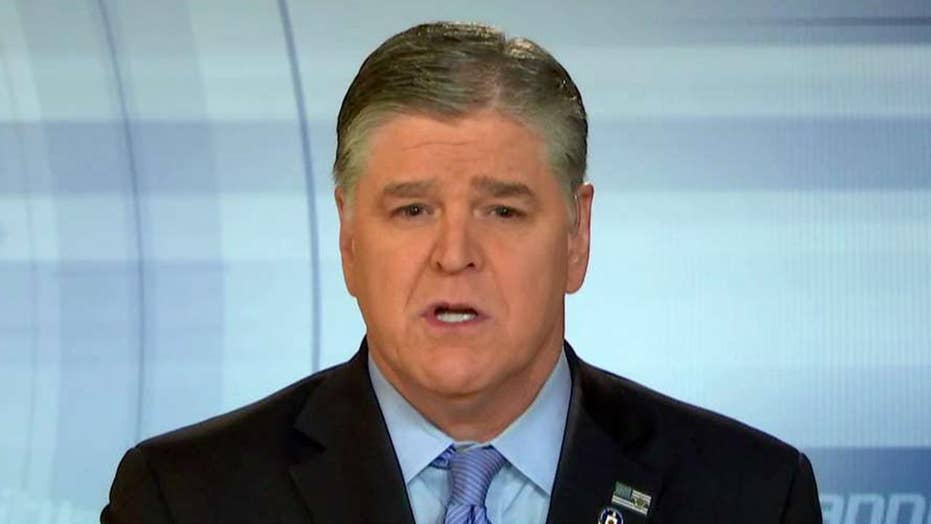 Look at what they did to the 16-year-old Covington high school student, Nick Sandmann. Off a 15-second blurb, they accused him of being a racist, harassed him, accused him of assaulting a 65-year-old activist and getting in his face. They tried to ruin this kid’s life with slander, smearing, besmirching, character assassination.

They accused Justice Brett Kavanaugh of gang rape, saying that every other weekend, he and his friends were drugging teenage girls and literally, you know, lining up in the hall for gang rapes that nobody ever reported. They tried to ruin his life, tried to call him an alcoholic. We know how that ended. He is now a Supreme Court justice.

The media mob’s disgusting bias, it is obvious, both from what they obsess over and what they choose to sweep under the rug.

George Zimmerman, everybody saying he was guilty but there was an eyewitness that showed up. Several police officers in Baltimore, everybody was assured they were going to get guilty pleas. None of them did.

And guess what? As we speak, they’re falsely accusing President Trump of Russia collusion. That, too, is a hoax, while simultaneously ignoring what is now a mountain of evidence of the single biggest abuse of power, corruption scandal in history where they tried to rig an election, and then undo the election of the duly-elected president of the United States. In the era of Trump, far-left hoaxes, are way too common. The media are way too complicit.

But they buy these stories again and again — hook, line, sinker — vilifying innocent people in the process over and over again. When the stories are exposed, when the lies are revealed, so-called journalists and so-called news organizations, they move on. They just pretend like it never happened.

Radio talk show host Rush Limbaugh summarized the state of the media pitch-perfectly. He said the following: “The left is nothing but phony. Hate crimes, phony alleged hate crimes, phony charges, made up stories, they know these things probably aren’t true but they want them to be and that’s why they report them as true. They think this is what America is.”

“In the mind of the American left, these crimes are happening everywhere,” Limbaugh continued. “Even if the Smollett case isn’t real, it’s real elsewhere and we must raise consciousness. The media is signing onto it, the celebrities are signing on, presidential candidates are signing onto it, and tweeting what a rotten place America is because of it.”

Rush is right. The media mob’s disgusting bias, it is obvious, both from what they obsess over and what they choose to sweep under the rug.

Adapted from Sean Hannity’s monologue from “Hannity” on February 21, 2019.

Sean Hannity currently serves as host of FOX News Channel’s (FNC) Hannity (weekdays 9-10PM/ET). He joined the network in 1996 and is based in New York. Click here for more information on Sean Hannity.

This new hashtag challenge has inspired hundreds of people to clean up their local parks and beaches.