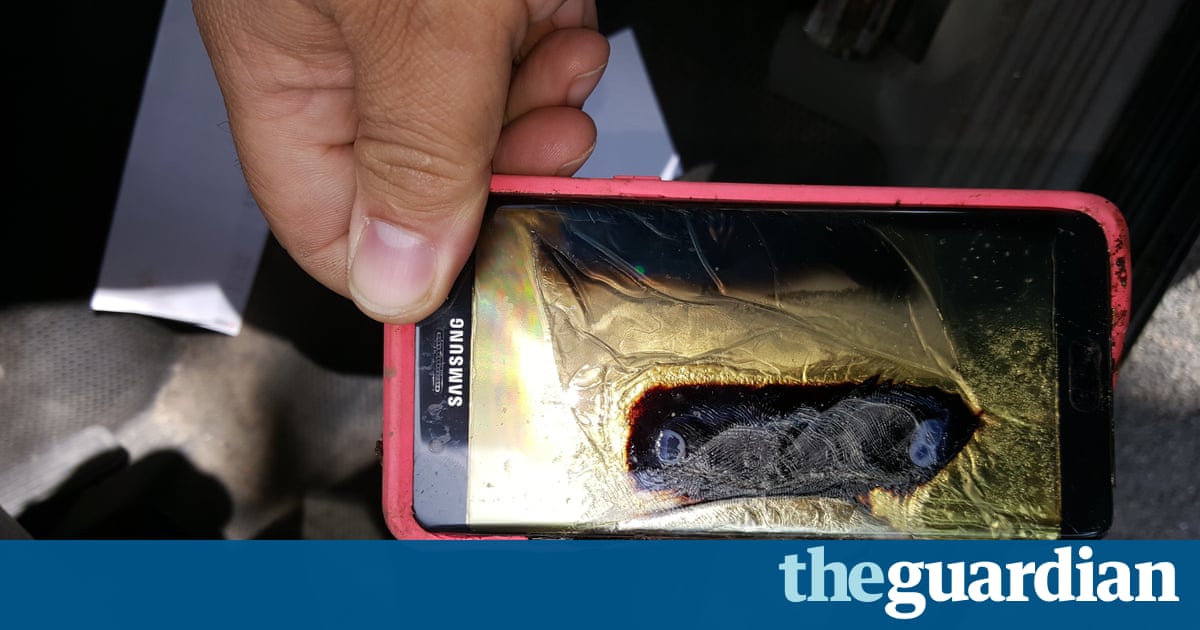 Samsung has withdrawn all of its Galaxy Note 7 smartphones from sale globally after a spate of fires involving safe replacements.

In a statement issued late on Monday, Samsung said consumers with original Note 7 devices or replacements they obtained after the recall should turn off the power and seek a refund or exchange them for different phones.

South Korean authorities said they had found a new product defect in the Note 7 Samsungs most popular smartphone and also asked consumers to power them down or to exchange them. The statement did not identify the defect.

The US Consumer Product Safety Commission said it is continuing to investigate at least five incidents of fire or overheating reported since a formal recall was announced on 15 September.

No one should have to be concerned their phone will endanger them, their family or their property, Elliot Kaye, chairman of the safety commission, said in a statement. He called Samsungs decision to suspend all sales the right move in light of ongoing safety concerns.

The announcement follows several new incidents of overheating last week and deals a further blow to the worlds largest smartphone company. Leading wireless carriers have already said they would stop distributing new Note 7 phones as replacements for the earlier recall.
Analysts say the new problems pose a crisis for the South Korean tech giant, which is locked in fierce competition with Apple and other leading smartphone makers.

This has been a real black eye on the product, said Ben Bajarin, a consumer tech industry analyst with the Creative Strategies firm.

The new reports also raise questions about the cause of the problem. Samsung has blamed batteries provided by a particular supplier while assuring consumers that the phone was otherwise safe. It said it solved the problem by switching to batteries from another supplier.
Shawn Minter, 39, described the moment his Samsung Note 7 exploded on his nightstand, waking him up with a jolt. He had just gone to bed after a late shift at his restaurant in Richmond, Virginia, on 9 October when the incident took place.

It sounded like a firework or a spaceship was about to take off, he said. I jumped out of bed and I saw a little red flash and then the phone started to burn and sizzle and melt.

His wife, who was in the room next door with their eight-month-old son, came in in a panic to see the room filling with a thick white smoke. They opened the windows and then watched the smartphone, which wasnt charging at the time, as it burned itself out.

The phone in question was a replacement device, given to Minter after Samsung recalled the Note 7 in the wake of multiple reports that it was prone to spontaneously combust.

Samsung has contacted Minter to arrange an inspection of the device, due to take place tomorrow. They know its a replacement device, Minter said.

Minter, a self-described Samsung fan, suggests that the South Korean company is more concerned about its public image than the safety of its users. They are really trying to look like they are not losing to the iPhone.

What if the phone was in bed with me? What if it was somewhere unattended? What if I was driving in the car? You just dont know when its going to take place. Its like a ticking time bomb.

Minter is one of several people to report that replacement devices have caught fire, starting with Southwest Airlines passenger Brian Green last week. Michael Klering from Nicholasville, Kentucky, said he woke up at 4am to find his room filled with smoke and his Note 7 on fire. Meanwhile in Minnesota a Note 7 exploded in 13-year-old Abby Zuis hand. There have also been reports of an explosion in the back pocket of a 26-year-old woman in Taiwan.