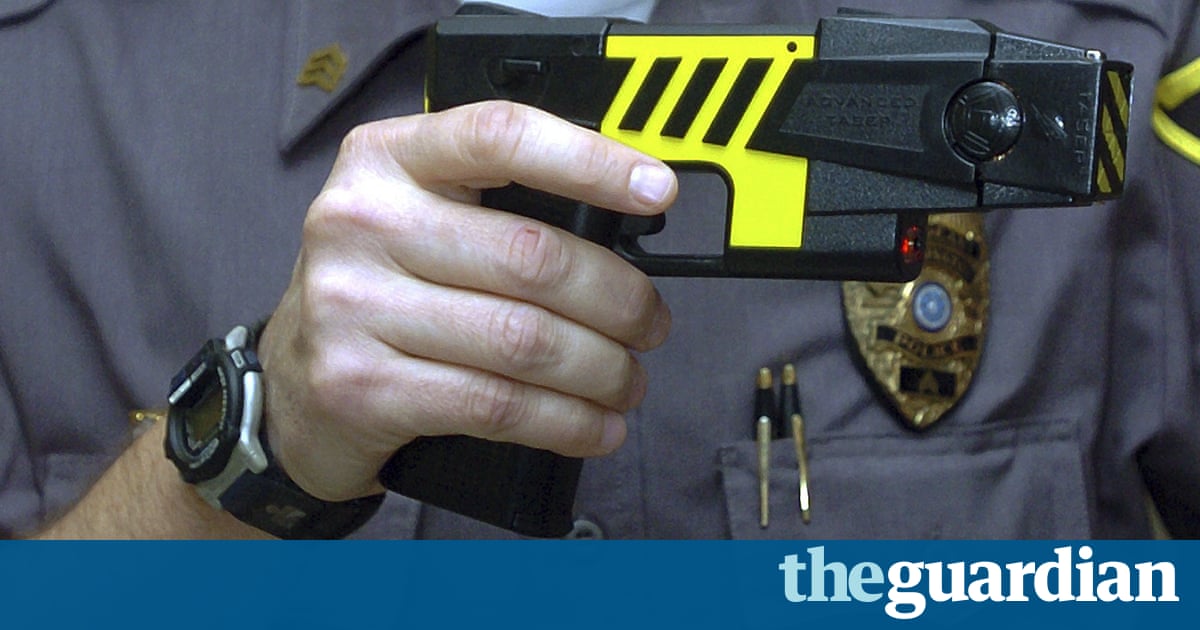 Police in central Ohio helped a teenage leukaemia patient cross off quite a shocking bucket-list item: she wanted to use a stun gun on someone.

After a bit of training from Newark police, 16-year-old Alyssa Elkins with eyes closed zapped Sergeant Doug Bline, who had been first among the police department employees to volunteer for the task. A crowd of supporters watched on Sunday as Bline winced and fell onto a mat, guided by helpers.

It is unpleasant to say the least, but if for five seconds it makes somebodys kind of dream come true, especially in her situation, I think it was well worth it, Bline said.

Alyssa described the experience as awesome. She told WCMH-TV: Im very grateful that people would put themselves out there to allow me to do that to them.

She had made her bucket list earlier in January, after her leukaemia returned and she decided not to undergo further treatment, meaning she is likely to have just a few months to live. She added the stun-gun item to the list half-jokingly after recalling video of her uncle, Josh Barry, a state trooper, being hit with a Taser during his training, the Columbus Dispatch reported.

It happened to Barry again on Sunday, after he gave Alyssa a second chance to use the stun gun. Ill do anything for my niece, he told the Dispatch.

Alyssas parents said ticking things off her bucket list helped shift the focus to things other than her illness. One of the items up next is a planned family trip to Disney World in February.

Be fierce, furious, and fight! Join the Raccoons of the Resistance! | First Dog on the Moon