Philippine president calls for removal of all US troops

I want them out, says Rodrigo Duterte on visit to Japan, saying there will be an end to war games with US military 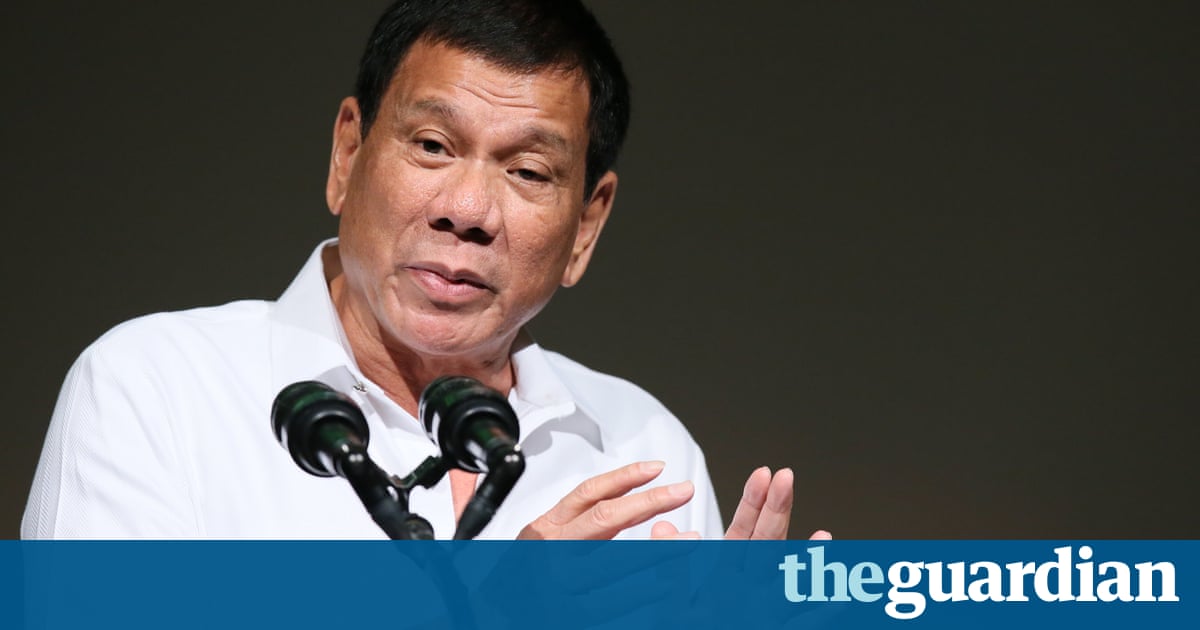 The Philippine president, Rodrigo Duterte, has continued his anti-US rhetoric by calling for the removal of all foreign troops from the Philippines, possibly within two years.

Speaking to an audience of business people at the start of a three-day visit to Japan, Duterte acknowledged that his recent remarks about Manilas military separation from the US had angered Washington, but said he was determined to pursue an independent foreign policy.

I want, maybe in the next two years, my country free of the presence of foreign military troops. I want them out, he added in a reference to US troops spread across five bases in the Philippines as part of a security agreement reached with Washington by his predecessor, Benigno Aquino.

And if I have to revise or abrogate agreements, executive agreements, this shall be the last manoeuvre, war games between the United States and the Philippines military.

Hours later, however, his foreign minister, Perfecto Yasay, attempted to soothe concerns over the future of the Philippines military ties to the US, Manilas long-standing ally.

Duterte conceded that he may have ruffled the feelings of some but that is how it is. We will survive, without the assistance of America, maybe a lesser quality of life, but as I said, we will survive.

His fierce criticism of the US and apparent desire to realign with China have caused unease in Japan, which under Shinzo Abe, the prime minister, has strengthened security ties with Washington and sided with the Philippines over its dispute with Beijing in the South China Sea.

Duterte, however, assured Japan that the purpose of his high-profile visit to China last week was strictly limited to economic cooperation. You know I went to China for a visit. And I would like to assure you that all there was, was economics. We did not talk about arms. We avoided talking about alliances, he said.

Later, during a joint press conference with Abe, Duterte said the Philippines shared Japans desire to uphold the rule of law and bring about a peaceful settlement to Chinas island-building campaign in the South China Sea.

Japan does not have any territorial claims in the area, but regards Chinas military build-up as an attempt to establish dominance of shipping routes through which about $5 trillion worth of trade passes every year.

Japan is also embroiled in a long-running dispute over the Senkakus, a group of uninhabited islands in the East China Sea that are administered by Japan but also claimed by China, where they are known as the Diaoyu.

Describing Japan as a special friend who is closer than a brother, Duterte said: Today we have taken steps to ensure that our ties remain vibrant and will gain greater strength in the years to come.

DDoS attack that disrupted internet was largest of its kind in history, experts say