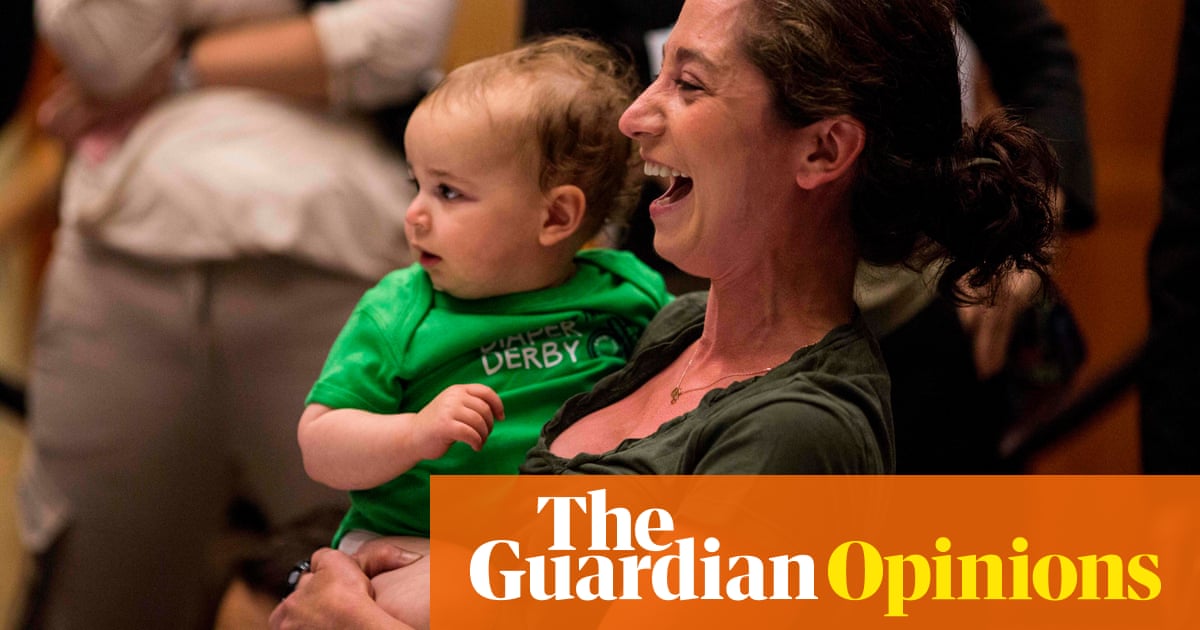 Americas birth rate has fallen to a 30-year low, let the hand-wringing and finger-pointing begin. Its those selfish women, wanting careers before kids! Or, gasp, not wanting kids at all! Its all those abortions! Its Obamas fault!

The reality is, for all its pro-family rhetoric, the US is a remarkably harsh place for families, and particularly for mothers. Its a well-known fact, but one that bears repeating in this context, that the US is one of only four countries in the world with no government-subsidized maternity leave. The other three are Lesotho, Swaziland, and Papua New Guinea, countries that the US doesnt tend to view as its peer group.

This fact is met with shrugs from those who assume that companies provide maternity leave. Only 56% do, and of those, just 6% offer full pay during maternity leave. This assumption also ignores the fact that 36% of the American workforce, a number expected to surpass 50% in the next 10 years, are contract laborers with no access to such benefits. That gig economy you keep hearing so much about, with its flexible schedule and independence? Yeah, it sucks for mothers. That doesnt stop companies and pundits from pushing it as a great way for working moms to balance children and career. As a gig-economy mother myself, I can tell you exactly how great and balanced it felt to go back to work two hours after giving birth.

If they return to work, mothers can look forward to an increasingly large pay gap for every child they have, plus fewer promotions. Who could resist?

The option for one parent to stay home with kids is increasingly not economically viable for American families, either. A data point that got far less attention than the falling birth rate was released by the Bureau of Labor Statistics last month: 71.1% of American mothers with children under 18 are in the workforce now. Its not just because they want to be (not that theres anything wrong with that), but increasingly because they have to be in order to support the family.

Think millennials are our problem, shirking their breeding responsibilities because theyre too busy taking selfies? Show me your all-time low birth rate and I will raise you an all-time high student debt load (it hit $1.4tn this year). Millennials have an average of $37,172 in student loans when they graduate, a fact that has been blamed for their record-breakingly low home ownership. Generation Z wont be much help either, given that about 40% of them are expected to default on their college loans when they cant find jobs, according to Brookings.

Lets see, what else is at an all-time high? Credit card debt. It hit $1tn in the US for the first time this year. Childcare costs are another record-breaker. According to the Economic Policy Institute, in 33 states and the District of Columbia, infant care costs exceed the average cost of in-state college tuition at public four-year institutions. The few companies that offer discounted, on-site daycare have found that it more than pays for itself in tax breaks and retention and recruitment boosts, but its still rare. In the Fortune 100, only 17 offer any sort of on-site daycare. The US has flirted with the idea of subsidized daycare a few times, but a longstanding cultural notion that there is something inherently shady about daycare has kept us from ever really doing it, except during the second world war when we needed women to work. Perhaps if the birth rate gets low enough, we can get over our collective daycare aversion.

Guess what else is at an all-time low? Pay raises. Despite economic growth, since the 1970s, the hourly inflation-adjusted wages received by the typical American worker have grown only 0.2% per year. Which is basically nothing. Guess what though? Worker productivity hit a three-year high in 2017.

In the midst of the harsh economic reality facing parents and would-be parents in America is a looming physical threat: climate change. As the president and his EPA head parrot talking points from the fossil fuel industry, pointing to volcanoes and natural temperature cycles as the culprits for warming temperatures, the global scientific community tells us that we have essentially run out of time to do anything about it. That any children we have will be at a higher risk of dying in a super storm or a massive fire. That because a small handful of men decided that their own profits and comfort were more important than the rest of the worlds safety, any new humans that join the world will face greater challenges than the generation that came before.

A few months ago, Paul Ryan asked Americans to have more children and said he had done his part by fathering three. I would argue that his part is creating an America thats truly family-friendly and he hasnt done it at all.

15+ Photos That Prove Japan Is Not Like Any Other Country

Lol What Are Adult Friendships – Texting Each…