Nick Cave on PJ Harvey break-up: ‘I was so surprised I almost dropped my syringe’

Cave tells fan on on his website The Red Hand Files, I suspected that drugs might have been a problem between us 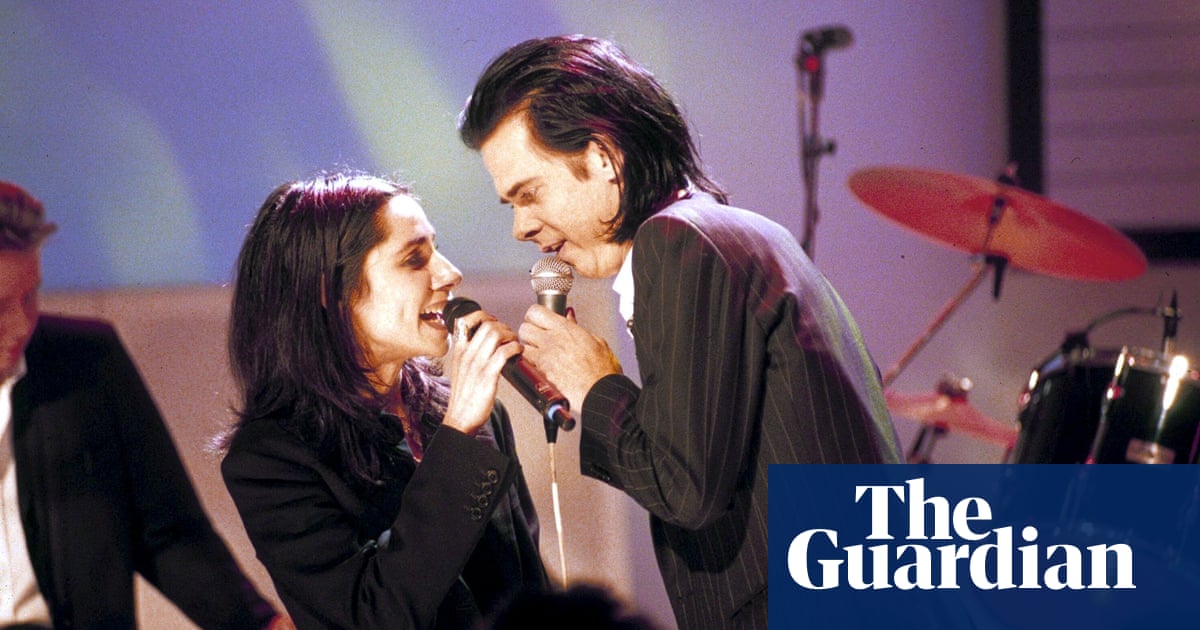 The Boatmans Call has long been considered one of Nick Cave and the Bad Seeds most confessional records, written around the time of Caves break-up with English musician PJ Harvey.

But while its long been known that the 1997 album was in part inspired by her, Cave revealed on Tuesday the reasons behind the break-up and the toll it took on him.

I didnt give up on PJ Harvey, PJ Harvey gave up on me, he wrote, in answer to a pair of questions from fans on his website The Red Hand Files.

There I am, sitting on the floor of my flat in Notting Hill, sun streaming through the window (maybe), feeling good, with a talented and beautiful young singer for a girlfriend, when the phone rings. I pick up the phone and its Polly.

I want to break up with you.

Its just over, she says.

I was so surprised I almost dropped my syringe.

Since September 2018, the Australian musician has been inviting fans to ask him anything, and hosting his reflective, conversational answers on a website that has been praised by the Guardian as a shelter from the online storm free of discord and conspiracies.

Cave has written about the death of his son, his friendship with Warren Ellis, and the meaning of lyrics. In more political moments, he has called out homophobic fans and decried the cultural boycott of Israel as cowardly and shameful.

And in the latest number 57 he revealed the role drugs and self-absorption had on his break-up with the two-time Mercury prize-winning artist Polly Jean Harvey, and the role that break-up played in The Boatmans Call.

Deep down I suspected that drugs might have been a problem between us, but there were other things too, he said, answering a question from a fan in Brazil.

Caves battle with drug addiction has been well-documented and the artist is now clean.

I still had a certain amount of work to do on my understanding of the concept of monogamy, he continued, and Polly had her own issues, I suspect, but I think at the end of the day it came down to the fact that we were both fiercely creative people, each too self-absorbed to ever be able to inhabit the same space in any truly meaningful way …

Pollys commitment to her own work was probably as narcissistic and egomaniacal as my own, although I was so deep into my own shit that I cant really comment on this with any certainty. I remember our time together with great fondness though, they were happy days, and the phone call hurt; but never one to waste a good crisis, I set about completing The Boatmans Call.

Cave described the album as an artistic rupture and the compensatory largesse for a broken heart , saying it cured me of Polly Harvey and changed the way I made music. The break-up, he wrote, filled me with a lunatic energy and gave him the courage to write about his own experiences, in place of the character-driven stories that had dominated his work until then.

It also pointed a way to a more poignant, raw, stripped back way of performance the suspended and barely supported vocal, he continued. The Bad Seeds, to their eternal credit, stepped back and just let these piano-driven songs be.

The open dialogue Cave has been inviting with his fans has a real-life component in his Conversations with Nick Cave events, an experiment in connection which centre on unmoderated questions and song requests from the audience.

Cave has been touring the show since 2018, with performances in Norway and Iceland this month, followed by a tour of the US and Canada.