My idea to improve the world: force everyone to try standup comedy | Jack Bernhardt

The benefits to society would be profound not least that people would learn the difference between a joke and a threat, says comedy writer Jack Bernhardt 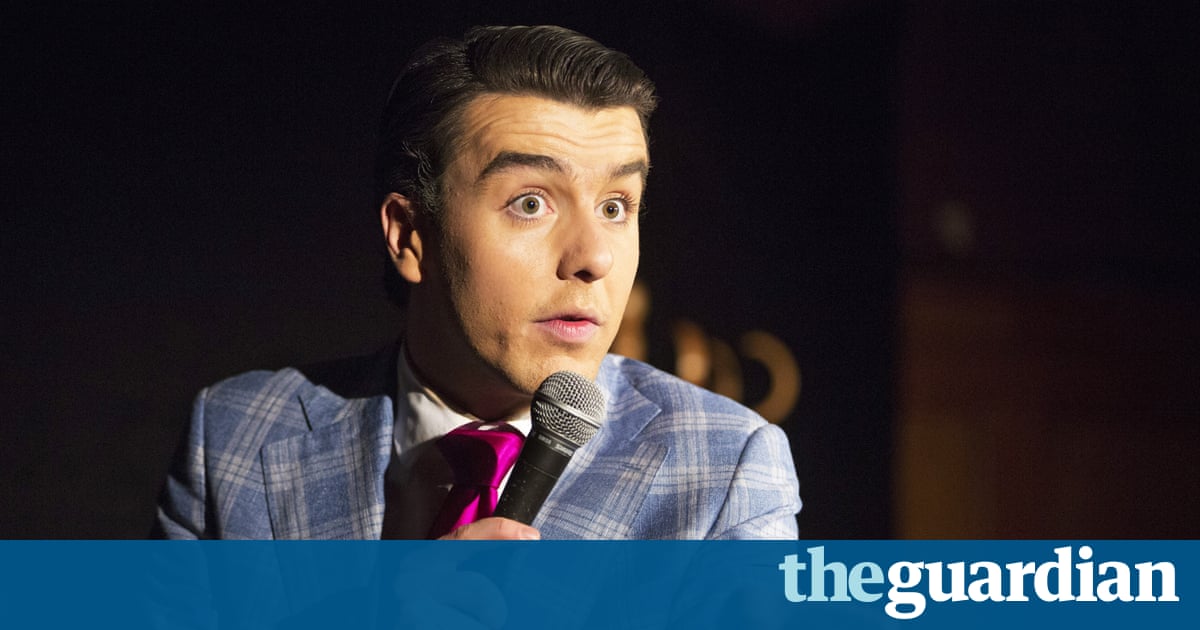 We all like to think our chosen profession is the most important. Firefighters will tellyou that they save people from burning buildings. Scientists working at Cern will tell you they pushthe boundaries of human understanding and achievement. They are wrong. The most important profession, objectively and definitively more so than soldier, than paramedic, than the social media intern for Southern Trains is standup comedian.

Right now, we need them more than weve ever needed them. Which is why I am proposing compulsory standup lessons for every single person in the country so that we can all think more like comedians and save our society.

It would work like jury duty. You would get a letter in the post that would summon you to the back room of your local theatre/pub/bingo hall/converted cotton mill that is now a trendy bar, where you would do an intense week-long course in all things standup: how to hold the mic close enough so people can hear you but not so close that you accidentally make out with it; how to deal with hecklers without resorting to screaming, You think this is easy, mate?; and how to alternate your material depending on your audience.

At the end of the week, you would have to perform a 10-minute set in front of 50 randomly selected audience members. Depending on the difficulty of the class, the audience has either been given a free pint each and theyve been warmed up by Angela Barnes (beginner class), or its in a non-air-conditioned room, the show has started 25 minutes late and the warm-up act is a man reading out a list of the dead from the second world war (expert class).

On the face of it, this sounds like a dystopia, up there with Jacob Rees-Mogg becoming prime minister. Hour upon hour of first-time open-mic night sets from every single person in the country? People who hate comedy would dread getting on stage; people who love comedy would dread having to watch it. The only people who would actively enjoy it are people who love performing comedy but also actively enjoy the suffering of others. So, Andrew Lawrence.

But standup is unlike any other artform. With music or theatre, there is something else to keep an audience entertained: a story, a melody, other actors. With standup, it is just a microphone and a comedian. Think of the assumed arrogance of it: a standup is telling the audience that their point of view deserves your undivided attention for at least five minutes their jokes, their observations about Donald Trumps hair, and nothing else.

That power you can hold over an audience is intoxicating. I once span around in a circle on stage for 40 seconds for a joke. It was as underwhelming as it sounds. But I kept going, because I knew the audience had no choice but to indulge me. What were they going to do, leave? Nice try, but I was in front of the only exit. I had the power. Why else do you think every MP tries to cram in a tedious joke about the Mars rover or Andy Murray during PMQs? Because they love the sound of their own voices? No! Its the power.

If everyone was made to have a go at standup comedy not just white middle-class men from Notting Hill, but elderly black women from Birmingham, farmers from Somerset, Bangladeshi teenagers living in Mile End they would feel like their words mattered, if only for a moment. They deserve to have that confidence of a mediocre male politician flow through them, even if only once.

And the words matter. No one standup comedian is the same because no one standup has the same angle on the world. Standup is intensely personal I cant do a set of jokes about growing up delivering Hovis in Yorkshire, or about living as a fabulous drag queen in New York, as much as I desperately want to. I have to stick to tedious middle-class white guy jokes about why Waitrose avocados are squishier than M&S avocados (its something to do with how theyre transported, I think).

Can you solve it? Are you smarter than a forester?