Muslim nations are defending China as it cracks down on Muslims, shattering any myths of Islamic solidarity 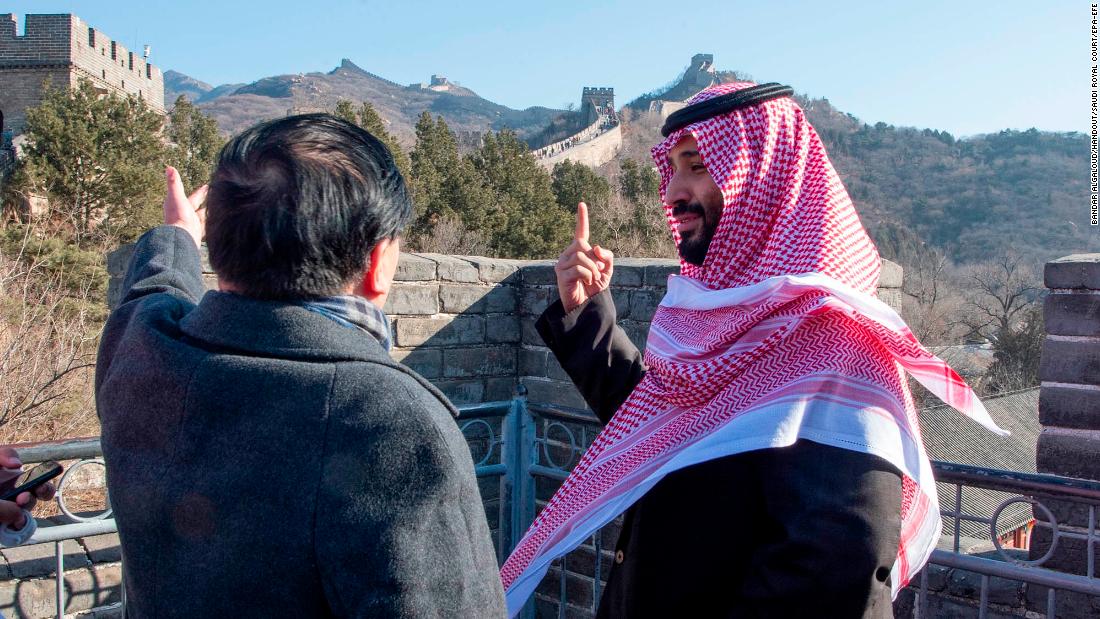 A day later, 37 other countries jumped to Beijing’s defense, with their own letter praising China’s human rights record, and dismissing the reported detention of up to two million Muslims in western China’s Xinjiang region. Nearly half of the signatories were Muslim-majority nations, including Pakistan, Qatar, Syria, the United Arab Emirates, and Saudi Arabia, according to the Chinese government.
“Faced with the grave challenge of terrorism and extremism, China has undertaken a series of counter-terrorism and deradicalization measures in Xinjiang, including setting up vocational education and training centers,” the letter said, according to Reuters, which saw a copy of the letter. The letter went on to say that there had been no terrorist attacks in the past three years in the region, and that the people there were happy, fulfilled and secure.
The language in the letter echoed previous claims made by China, which has denied allegations of torture or forced political indoctrination in Xinjiang and said that the camps were “vocational training centers” designed to fight terrorism and combat Islamic extremism. 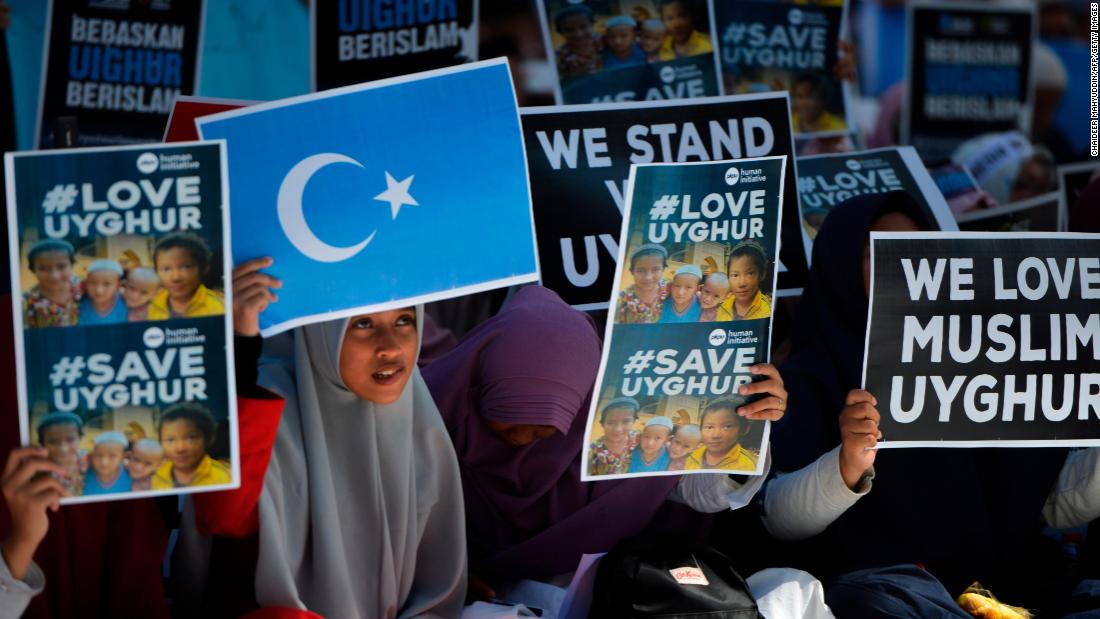 But reports of China’s abuse of Muslims in the Xinjiang region are rampant. Many Uyghurs and other Muslim ethnic minorities are believed to have been hauled into conditions that activists call re-education camps. Accounts given to CNN by former detainees describe being forced into the camps under the threat of violence. Detainees who have since fled China say they were forced to renounce Islam while pledging loyalty to China’s ruling Communist party, according to a report by the Council of Foreign Relations.
So why are some Muslim-majority countries coming to Beijing’s defense?
“I was surprised that (Muslim countries) would put it in writing and put their names on it and sign a document to actually praise China,” Azeem Ibrahim, a director at the DC-based Center for Global Policy, told CNN. “It’s one thing to keep quiet and abstain. It’s another thing to overtly support (the policies) when there was no need for them to do so.”
“I think that’s indicative of the influence and power that China has,” he said.

Looking to the future

A few months after the October 2018 murder of Jamal Khashoggi at Saudi Arabia’s consulate in Istanbul, Crown Prince Mohammed bin Salman was still struggling to contain the fallout.
The US Congress was up in arms over the Saudi journalist’s killing. Pressure was mounting across the Western world to shun the young prince, and MBS, as he is known, appeared to briefly retreat from the global spotlight. In early 2018, bin Salman embarked on a weeks-long tour of Western countries, meeting with business leaders including as Amazon’s Jeff Bezos. But official trips to the West were few and far between following Khashoggi’s death, and the normally active Saudi Center for International Communications was sending fewer and fewer press releases about changes in the kingdom.
In February 2019, MBS decided to head east for a tour through Asia, and China rolled out the red carpet. During his trip, bin Salman — the de facto ruler of the kingdom that has long seen itself as being at the vanguard of the Muslim world — appeared to publicly defend his hosts over their treatment of the Uyghurs. According to the state-run Xinhua news agency, MBS said that he supported Beijing’s right “to take counter-terrorism and de-extremism measures to safeguard national security.” 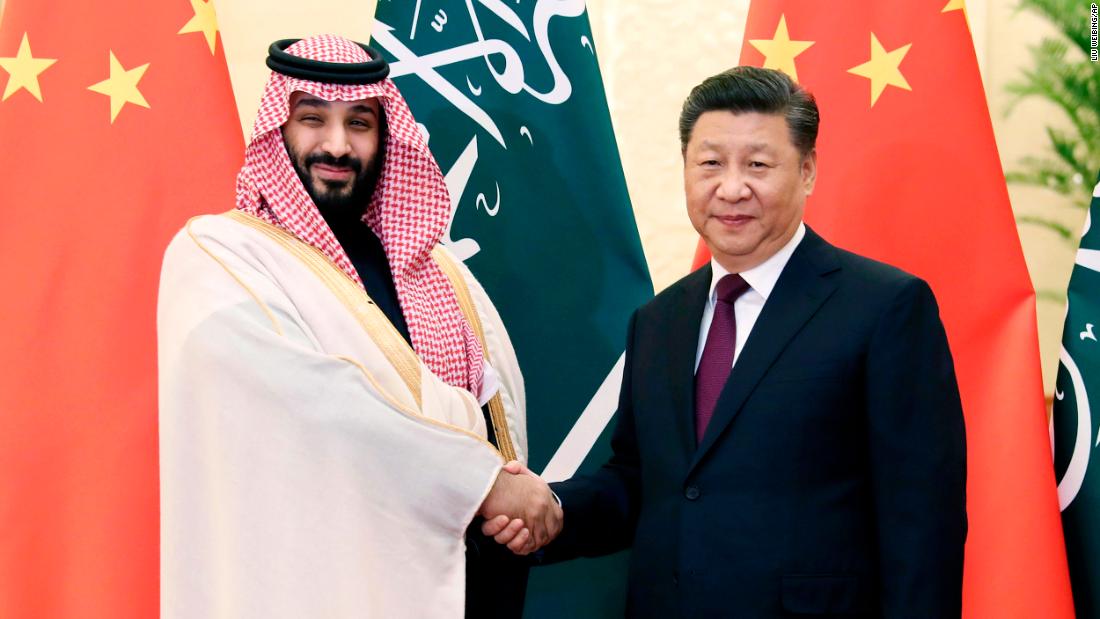 China is Saudi Arabia’s biggest trading partner. Seen through an economic lens, the Crown Prince’s backing of Beijing amid his own PR quagmire — even if China is indeed systematically abusing the human rights of Muslims in its own country — is perhaps not completely surprising. Economic interests reign supreme, and political, religious and ideological differences proved no barrier to doing business during the trip. Other Muslim states now appear to have made the same calculation.
“These countries are coming to the realization that the United States, particularly in its current form, is not a very reliable ally,” said Ibrahim. “China is significantly much more reliable for the long-term, particularly with the political fallout in countries like Saudi Arabia where the leadership has been ostracized,” he added, in a reference to the fallout from the Khashoggi murder.

The myth of Muslim solidarity

For decades, some Muslim leaders tried to adopt a motto of transnational solidarity on some issues, from the Palestinian cause to the plight of Muslims in Kosovo. But those causes often were “very convenient for them politically,” Ibrahim said — and with the Uyghurs, the political cost is too high. “I don’t think there’s ever been such a thing as Muslim solidarity,” Ibrahim added. “And I think this particular issue has only highlighted that.”
In recent years, global issues involving the persecution of Muslim populations have been just as likely to divide the Islamic world. Whereas Iran supported Syrian President Bashar al-Assad’s repression of the country’s uprising, Saudi Arabia and its allies supported the rebels, including some of its most radical elements. In Iraq, Iran, Yemen, and elsewhere, Muslim countries have been at odds, often to catastrophic effect.
On China, many Muslim countries appear to be singing the same tune. “China’s treatment of parts of its Muslim population is not a partisan issue in the Arab world,” said HA Hellyer, senior associate fellow at Royal United Services Institute in London and the Atlantic Council in Washington, DC.
“Even if they disagree on a whole slew of other issues, such as the (Gulf Arab) crisis, Syria, Yemen, Iran and so forth,” said Hellyer, “no Muslim leader in the Arab world or the wider region, including Turkey, seems to have much compunction about lining up alongside Beijing.”
As one of the world’s largest lenders, China wields formidable influence. In Pakistan, typically a champion of Muslim struggles worldwide, criticizing China is taboo, according to Ibrahim. Beijing’s economic juggernaut has bailed the country out on several occasions. Other poor Muslim-majority states — such as Turkmenistan and Tajikistan, which rely heavily on Chinese trade — are also signatories to Friday’s letter. 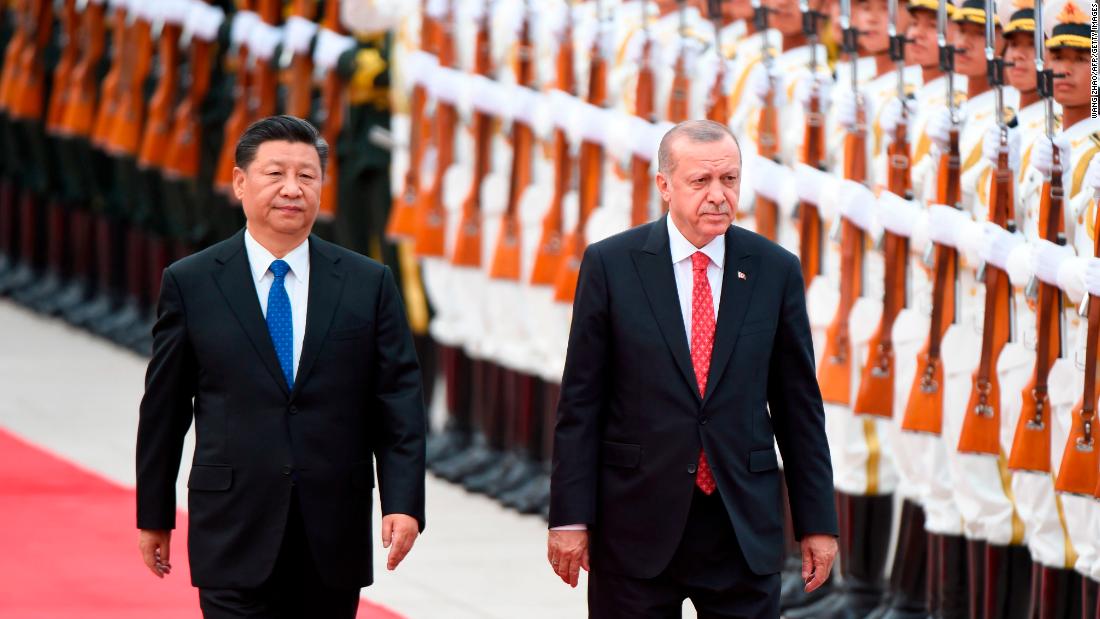 The United Arab Emirates and Qatar, which are small but rich and have outsized global clout, could have served as a minority voice of Muslim dissent against Chinese policies . Yet they too signed the letter of support; perhaps motivated by the greater principle at stake.
By firing back at the international community’s attempt to challenge its policy in Xinjiang, and turning a blind eye to the evidence of rampant abuse, China’s partners are also doubling down on one of their usual refrains: sovereignty is sacrosanct, particularly when human rights are involved. Many of the signatories, including the UAE and Qatar, have been accused of committing their own share of human rights violations.
“Authoritarian leaders in general … have an interest in upholding this idea that states ought to do what they want within their own borders,” said Hellyer. “Within their borders it’s a matter of sovereignty.”
By defending China over the Uyghur issue, Ibrahim said the Muslim signatories had lent invaluable credibility to Beijing at a time of intense scrutiny of its human rights record.
“(Muslim countries) are complicit,” he said. “They are providing cover for this persecution.”

Tags: asia, Muslim nations are defending China as it cracks down on Muslims, news, shattering any myths of Islamic solidarity - CNN
Previous Post

Amazon Deforestation In July Up 278 Percent Compared To Last Year