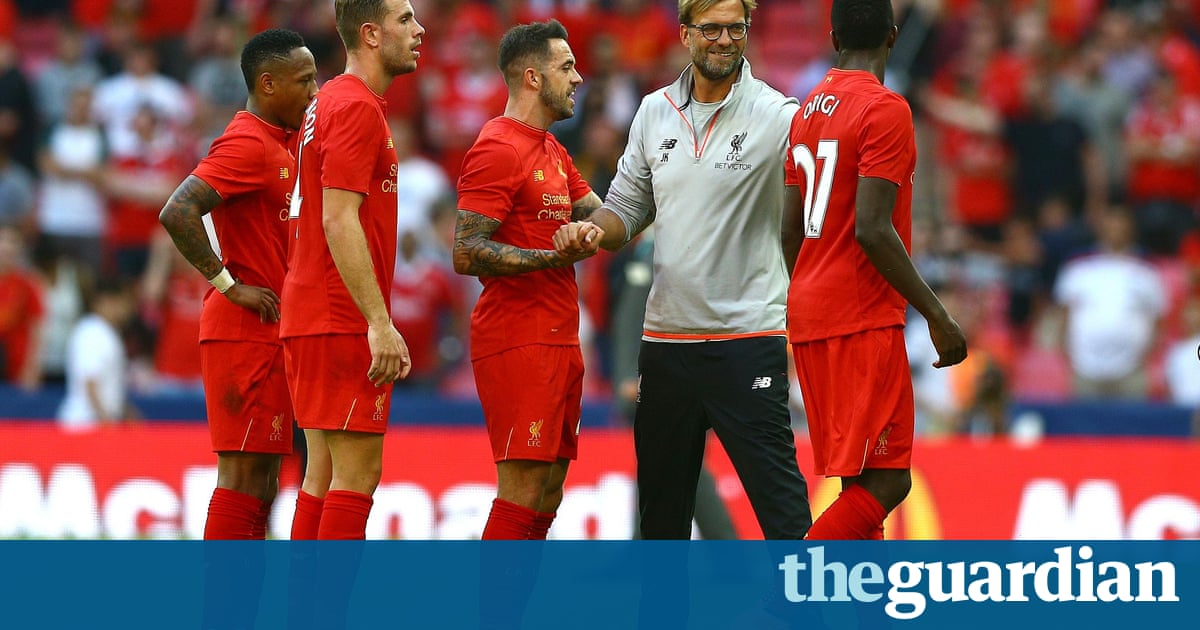 Rarely can such a thing be said about pre-season games but Liverpool will remember their performance against Barcelona on Saturday for some time. It is a common mistake to get giddy in early August yet the manner of their 4-0 beating of Barcelona who were, it should be noted, not overly fussed in front of the second biggest congregation at Wembley since it reopened, 89,845, will no doubt raise expectations.

The challenge now for Jrgen Klopp and his players will be to implement this fast and furious intensity in a competitive environment. And who better to test it against than Arsenal in their Premier League opener on Sunday?

Klopp was coy about his starting lineup for that game at the Emirates but the XI he began with against Bara looked close to what should be expected, a couple of injuries excepting.

He was also keen to play down the impact of what must still be classed as a notable scalp. Its not about overestimating or underestimating friendly games, Klopp said, who saw his side slip to a 4-0 defeat against German club Mainz on Sunday. We wont start dreaming after winning against Bara. We were the better team and the game was obviously more important for us than them. Motivation in football is a really important thing and we were at 100%.

Im always ready, thats how it is. We could have played no pre-season games but weve played very good, less good or bad. You need to work and thats what we are doing. We will be ready for the first game but if Arsenal was to be the best game all season, there would be something wrong with the season. We cant change or decide the season in one game, but we will be ready.

At the same time there was a sense that such vaunted opposition and a crowd pushing 90,000 could act as a motivation for a team solely occupied by domestic competitions this season.

If only motivation would be that easy, the whole year Id come with the Barcelona game, Klopp said when asked about using this as an example of what his team could be experiencing on a regular basis. We know that, but we dont need to worry about our motivation or how ambitious we are.

Winning did come at a price. James Milner is awaiting the results of a heel scan having been injured in the first half, while Dejan Lovren was limping after the game. Klopp also has no idea if Daniel Sturridge will remain absent for the trip to Arsenal.

Still, there were unmistakable hints that, with a pre-season behind them, this is now a Klopp team. Three of the four goals came from high-intensity pressing: the impressive Sadio Mans opener, an own goal from the former Liverpool player Javier Mascherano that doubled the lead, and Divock Origis effort. The young Marko Grujic finished things off.

Yet the manager remains uncomfortable with his side being labelled solely as a high pressing team. Its about organisation, its about the formation. We dont always talk about pressing sometimes only. We want to play to create spaces but if you always play you have problems. If you always shoot long balls you have problems. It needs to be a mixture.

Ultimately, though, it was a day to focus on the positives. A brief period midway through the first half aside, when Lionel Messi hit a post and Arda Turan missed a sitter, Liverpool dealt with the Spanish champions comfortably.

I dont have a silly team, I dont have to tell them thats how it works. With the experience of the game and where we had solutions and didnt have solutions, thats more important than knowing its Barcelona. A lot of things in life you notice under the biggest pressure. Its pretty cool we were brave enough to show our skills and to defend in a good way.