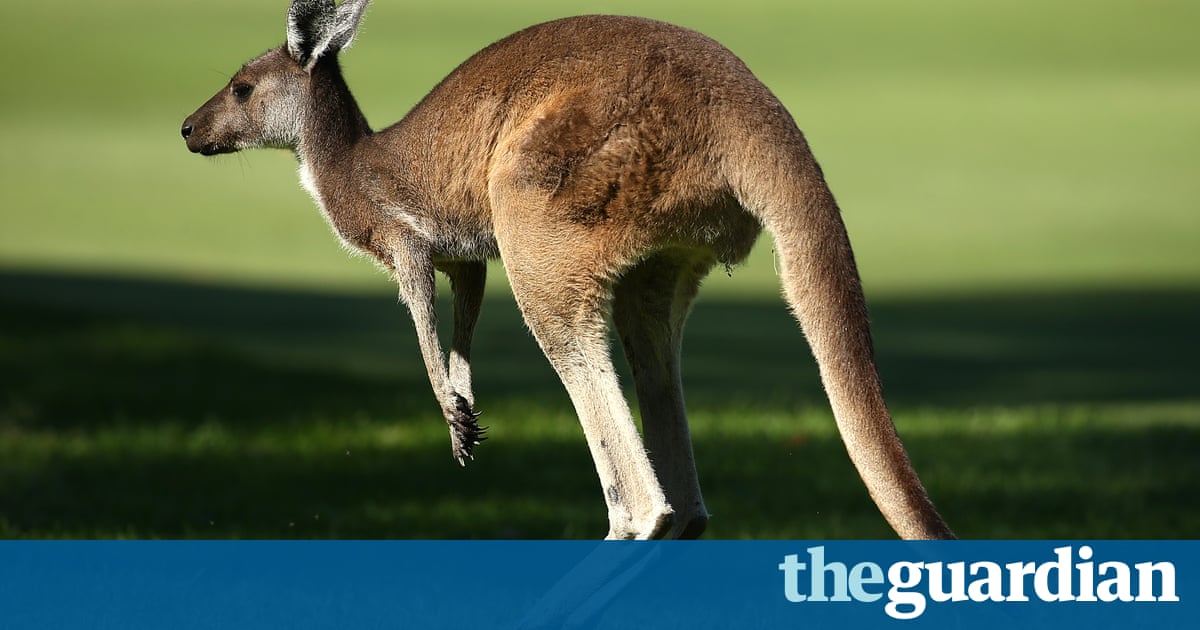 A towering male kangaroo hit a Melbourne jogger like a damn truck in an attack that left her scratched, bleeding and needing emergency surgery.

Debbie Urquhart, a personal trainer, said the big boy who came out of nowhere and knocked her down was two metres tall.

Urquhart didnt see him coming as she was out running on a bush track on Saturday morning near Westerfolds Park. He came and he hit me like a damn truck and I didnt know what was going on, she told 3AW on Tuesday. The more I was screaming the more he was going for me.

Urquhart said the attack ended when she stopped screaming, allowing her to crawl into grass and hide.

She hobbled about 200 metres home, bleeding profusely, and her husband took her to hospital. She needed dozens of stitches and emergency surgery to repair a torn biceps muscle, a ripped deltoid and deep scratches to her back and buttocks.

He pushed me down with his back feet and then just sort of clawed at me, she said. Me protecting myself is how my arm got ripped so badly. He could have got to my stomach or anything but I sort of protected myself with the grass and, thank God, he moved away.

She told the Manningham Leader the roo had thrown her around like a rag doll. He ripped me to pieces, she said, adding: I thought he was going to come back and kill me.

Urquhart stayed in hospital until Sunday afternoon, returning to work on Monday. She said she was unlikely to return to the jogging track.

Donald Trump mistakes Ivanka from Brighton for his daughter

See you in June: Warriors lay waste to Cavaliers in potential finals preview