Shinzo Abe calls on UN to step up action to thwart Pyongyangs plans, as the country has launched 21 ballistic missles and conducted two nuclear tests in 2016 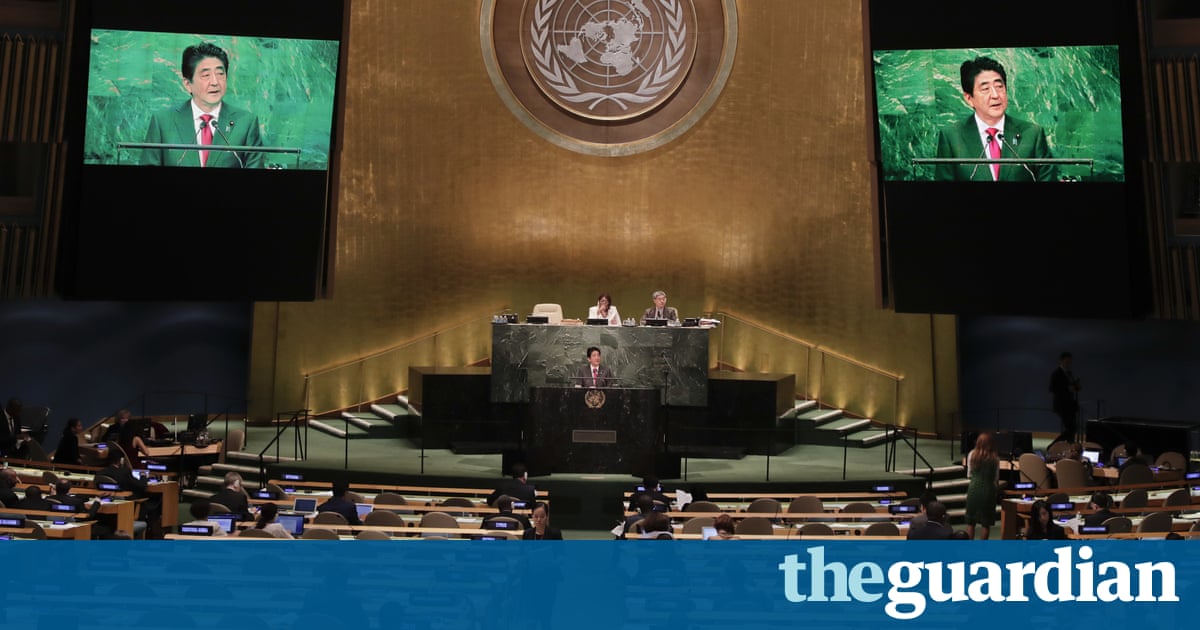 The threat posed by North Korea after its multiple missile and nuclear tests this year is substantially more serious than it was in the past and demands an entirely distinct response, the Japanese prime minister Shinzo Abe said on Wednesday.

In an address to the annual United Nations general assembly, Abe said the world needed to thwart North Koreas plans and it was time for the UN security council to indicate an unmistakable attitude to this threat.

Abe said North Korea had launched a total of 21 ballistic missiles this year and had conducted two nuclear tests, the most recent on 9 September.

The threat has now reached a dimension altogether different from what has transpired until now, Abe said, adding that it was substantially more serious than before.

He said Japan would lead security council discussions on the issue. We must respond to this in a manner entirely distinct from our responses thus far. We must concentrate our strengths and thwart North Koreas plans, he said.

UN diplomats say discussions are under way on a possible new sanctions resolution against North Korea after its latest nuclear test. Analysts and diplomats say much depends on the attitude of China, which is its main ally but has been angered by its repeated missile and nuclear tests and backed tough UN sanctions on Pyongyang in March. China has repeatedly called for a return to international talks to resolve the issue, despite scepticism of other world powers.

The Chinese premier, Li Keqiang, told the general assembly on Wednesday that countries must remain committed to the denuclearisation of the Korean peninsula, while seeking a solution to the North Korean nuclear issue through dialogue.

According to the Wall Street Journal, China and the United States are also targeting the finances of Liaoning Hongxiang Industrial, a Chinese conglomerate headed by a Communist party cadre that the Obama administration believes has a role in assisting North Koreas nuclear programme.

Chinas foreign ministry said the Liaoning Hongxiang Group was under investigation under the provisions of UN resolution 2270, which imposed tighter sanctions on North Korea in March.

Researchers say there are no benefits of testosterone treatments for men

Chuk Iwuji: ‘My Hamlet is an ugly beast about to be unleashed’