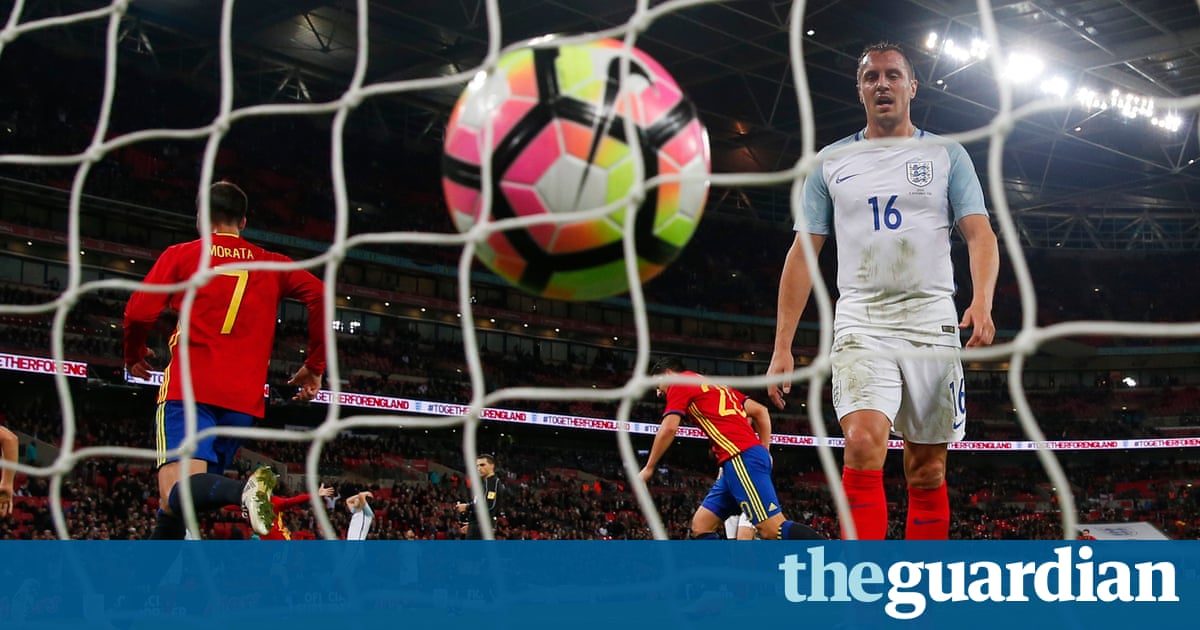 The clock was showing 94 minutes and 55 seconds when Englands manager-in-waiting was reminded that trying to bring some sense and order to the national team is going to be anything but straightforward. The paradox is this was probably the finest performance of Gareth Southgates brief stint in charge, but even on the nights when England play well there is still the capacity for disappointment and what a way to finish 2016, a year they would probably rather forget.

It was certainly an extraordinary finale bearing in mind, with less than two minutes of normal play to go, Adam Lallanas penalty and Jamie Vardys header had left the firm impression of a team who had removed the straightjacket England have worn on many of their assignments this year. Iago Aspass 89th-minute goal changed everything. Suddenly it seemed to dawn on Spain they were supposed to be the better team and then, finally, there was the moment when Englands defence was exposed again. Isco, another of Spains substitutes, had peeled away from Eric Dier. The shot went through Tom Heatons legs and the crowd stared in disbelief. There was barely time to restart the match.

For Southgate, it was a grievous blow even if, ultimately, it will make little difference to his chances of going from caretaker manager to full-time occupant. For long spells, there was the clear sense that Spain were simply going through the motions. Their list of injured included, among others, Diego Costa, Andrs Iniesta, Gerard Piqu and Sergio Ramos. David de Gea had been given the night off and, missing the spine of their team, Spain took an awfully long time to remind Wembley of their lofty reputation. They left it so late, in fact, large parts of the crowd had already headed into the night, satisfied with what they had seen and unaware of the drama that was to follow.

Until those jarring late blows, England had played with a level of authority that was seldom evident in Southgates previous three matches. Raheem Sterling could be seen showboating at one point. Lallanas through ball for the penalty was the games outstanding moment a reminder that there is nothing, in football, more satisfying than the perfect pass and there were passages when England used the ball as effectively as they had done for a long time. To have done that against a team with Spains refinement must be encouraging for Southgate even if the body language of the players at the end was more in keeping with a defeat. We have a long way to go until we are a top team, Southgate noted.

The disappointment was exacerbated by the fact Lallana, having started the game so impressively, was injured midway through the first half, but mostly because this was a subdued performance from Spain on a night when they looked ripe to be beaten. There were spells when the visiting team hogged the ball but, at 2-0, with little sign of a recovery, the crowd appeared to have given up on the game as a contest and started going through several Mexican waves, as if they wanted to create their own entertainment.

I am a Democrat in rural, red-state America. My party abandoned us | Jane Lindsday