Is our smartphone addiction damaging our children? | Rowan Davies

Research has found a link between technoference and poor child behaviour. The need for light relief is very human, but perhaps we can find a happier balance 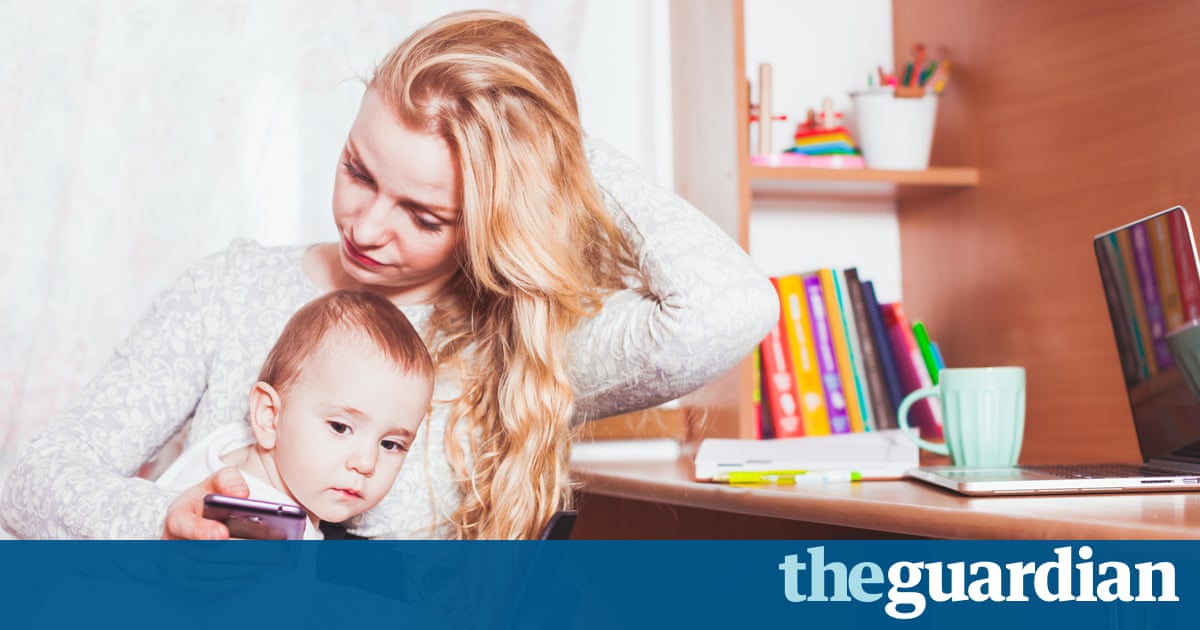 A study published by the journal Child Development has taken a look at how parents use of technology affects their childrens behaviour, and has concluded that technology-based interruptions in parentchild interactions a phenomenon known as technoference, which Im fairly sure was a club night in Stockwell in the 1990s could be associated with a greater incidence of poor behaviour on the part of children.

Almost half (48%) of the parents in the study admitted to three daily incidents of technoference in their interactions with their kids, and the researchers say that these seem to correlate with young children being more prone to whining, sulking, restlessness, frustration and outbursts of temper. (Coincidentally, these are also the behaviours displayed by adults who are confronted with slow wifi.)

Its something many parents will guiltily recognise: the six-year-old cheerfully stomping on toddlers at soft play while her father watches bids on eBay; the mother conducting a text conversation and grunting, Hang on! when one of her offspring tries to launch into a monologue about an incident at school. Lots of us will also recognise what the authors term absent presence when using tech around our children, and will empathise with the studys subjects who admitted it made them feel less effective in their parenting.

Older people are often particularly disquieted when they see parents distracted by screens, bewildered by the spectacle of toddlers staring into space on the bus while their responsible adults refresh Facebook. But the tension between whats good for children, whats good for adults and whats good for the family as a whole predates YouTube. My Gen X contemporaries will remember our parents parallel quandaries about television: how much should children be allowed to watch? Would exposure to Grange Hill make your child vulgar, or unemployable, or simply both? What level of televisual event on a scale from amusingly shaped vegetable on Thats Life to World Cup final made it acceptable to have dinner in front of the box? Was it all right to rush the bedtime story because Hill Street Blues was about to start?

Mobile tech is a gamechanger in its portability and an addictive short-form, but the weakness for a bit of mindless entertainment is enduring. Perhaps we are particularly worried about the impacts of modern tech because were fascinated by the novelty. Much of my parenting revolves around engineering opportunities to sit down and read for half an hour, but no headline has ever told me I ought to spend less time with books.

Modern life, to paraphrase Blur, is busy, and light relief is human. The time consumed by feeding, clothing, housing, organising and paying for a family of dependents is time that cannot be spent meaningfully engaging with them one-on-one. I work from home, and my childrens working day ends before mine. I feel bad that I can pay them only cursory attention when they come home, but my attention to the screen is the very thing that keeps the lights on. And while few parents would deny that its important to listen to your toddlers conversational freestyling, or to answer a series of increasingly abstract questions about natural phenomena until you begin to suspect your child is trolling you, the parents need for downtime is valid too. We all eventually reach the point at which we either have half an hour of peace, or we will have the screaming abdabs all over Sainsburys.

This is defensiveness, of course. Thats the problem with studies that tell us our behaviour is screwing up our childrens lives: the natural response is to furiously concoct a thousand reasons why it doesnt apply to you. In fairness to the studys authors, they emphasise the need for further studies and they do include television in their definition. Many parents would love to have more evidence-based guidance about tech and screens, if only so that we can stop feeling bad and do something constructive instead. Its fairly common for parents to limit their childrens use of screens; perhaps we fall down in not seriously considering whether we could benefit from some restrictions ourselves.

Rather than wandering around in a guilty fog while stabbing at a tiny computer, we could have an honest, whole-family assessment of the impact of screen time and agree on a more mindful approach involving regular unwired activities. After all, hurling the Scrabble board and several dictionaries out of the window is a bonding activity that people of all ages can enjoy.