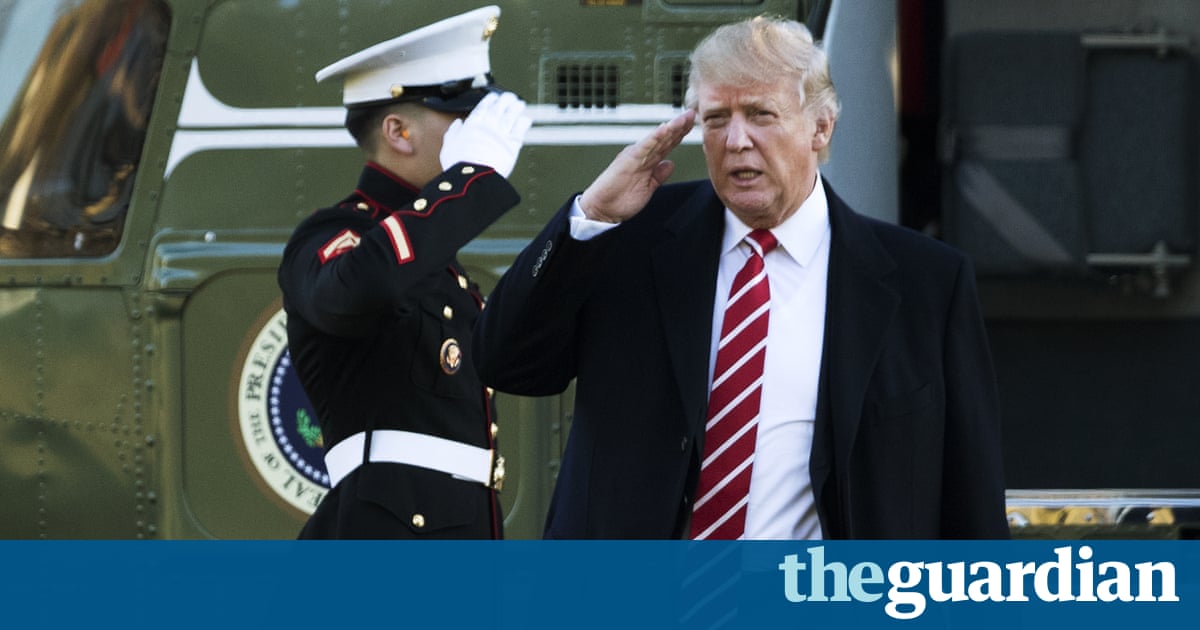 Photographs of Donald Trump wearing a bathrobe have been shared on social media in response to his press secretarys assertion he definitely doesnt wear one.

An article published in the New York Times on Sunday painted an unsettling picture of life in the White House, with aides unable to locate light switches being forced to meet in the dark, visitors being left to find their own way out of the building after meetings and a darkened, mostly empty West Wing.

The president, it was reported, spent considerable time watching television in his bathrobe and marking up negative news reports with a black Sharpie.

The White House press secretary, Sean Spicer, said the story was so riddled with inaccuracies and lies that the New York Times owed Trump an apology.

Trump, too, tweeted that the report by the failing newspaper was total fiction.

Spicer took particular issue with the bathrobe report, which he said was literally the epitome of fake news.

I dont think the president owns a bathrobe, he said. He definitely doesnt wear one.

Some on social media wondered about the basis for Spicers assertion.

The press secretarys priorities were also called into question, given that the Times had also reported that Trump was not fully briefed on the specifics of an executive order he signed granting his chief strategist, Stephen Bannon, a seat on the National Security Council.

But Spicers statement that the president definitely did not wear a bathrobe was called into question when old photographs of Trump rugged up in towelling and terry cloth were circulated on social media.

That a hotel magnate would not have a bathrobe struck some as unlikely.

In July last year, the television personality Mike Rowe auctioned off a robe from Trump Tower that had been autographed by the now-president.

Many more expressed displeasure at seeing dated pictures of Trump donning a robe.