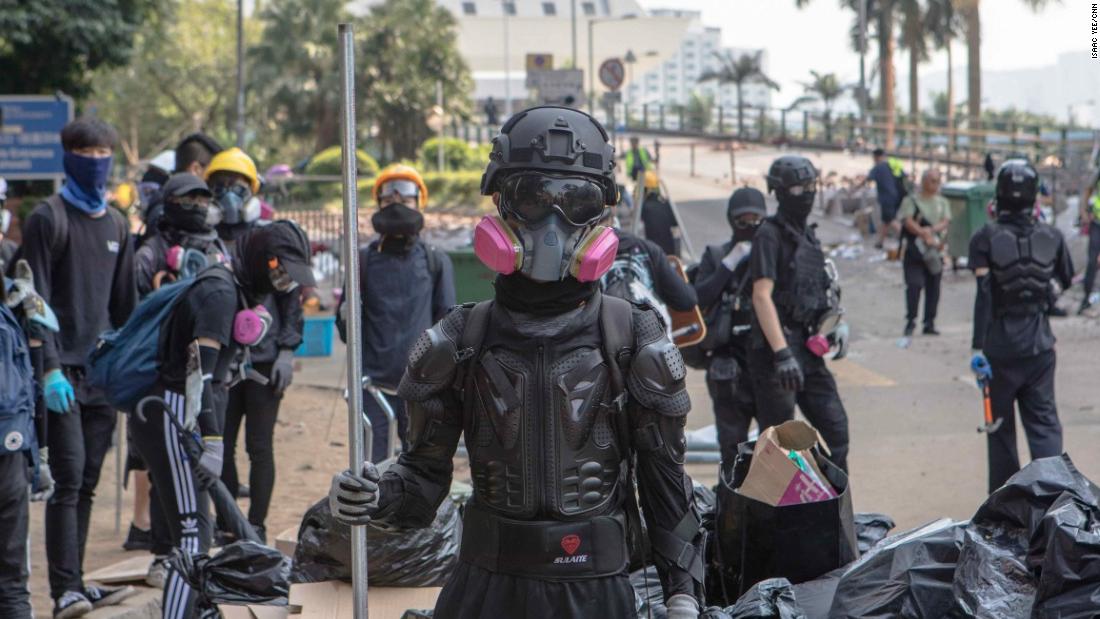 (CNN)A group of pro-democracy Hong Kong politicians has demanded that Hong Kong’s government explain whether it requested assistance from China in public security and disaster relief after members of the People’s Liberation Army (PLA) were seen Saturday helping clear roads after anti-government protests. 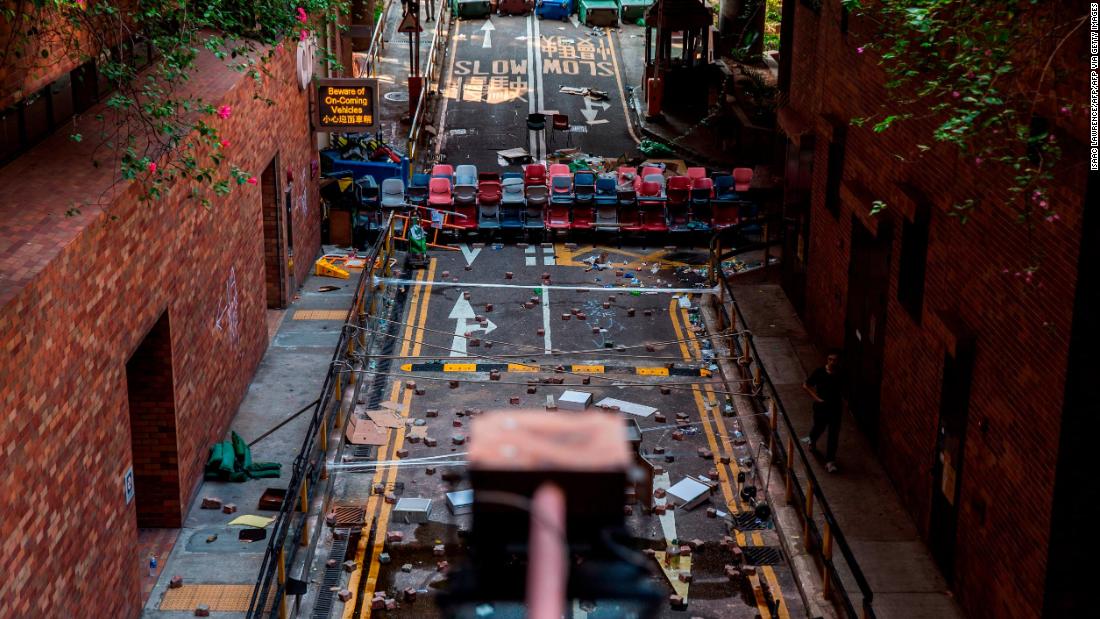 Social media feeds show men in green and black uniforms, with Chinese flags on their shoulders, returning to barracks that, according to Reuters, they rarely leave.
Hong Kong’s government said Saturday that it “has not requested the (PLA) Garrison’s assistance.”
Chinese soldiers’ efforts to clear road blocks outside the barracks in Kowloon Tong was “purely a voluntary community activity initiated by themselves,” the Hong Kong SAR government said in a statement to CNN.
CNN made several attempts to contact the PLA in Hong Kong, without success.
Five legislators said that if Hong Kong had requested the assistance, it was continuing “to indulge in escapism, evade political settlement of political issues, and further weaken one country, two systems.”
“The (Hong Kong) SAR Government and the People’s Liberation Army stationed in Hong Kong have repeatedly cooperated to create excuses,” the lawmakers said in a statement. “They ignore the restrictions imposed by the Basic Law and the Garrison Law on the PLA’s troops stationed in Hong Kong.
“They want the Hong Kong people to get used to the PLA’s public activities in Hong Kong and gradually rationalize the PLA’s operations in Hong Kong under boiling frog effect.”
Though Hong Kong is part of China, the “one country, two systems” principle is enshrined in its de-facto constitution, the Hong Kong Basic Law. It guarantees the freedoms of the people, such as the right to protest, the right to a free press and freedom of speech — liberties unavailable to others in communist mainland China.
Article 14 of the Basic Law says Hong Kong’s government may, when necessary, have the garrison assist in “maintenance of public security and disaster relief.”
Clause 9 of the Garrison Law states that China’s military shall not interfere in the local affairs of Hong Kong, while Article 11 stipulates that the garrison shall notify the local government in advance of any military activities, such as training exercises and maneuvers if the public interest is affected. 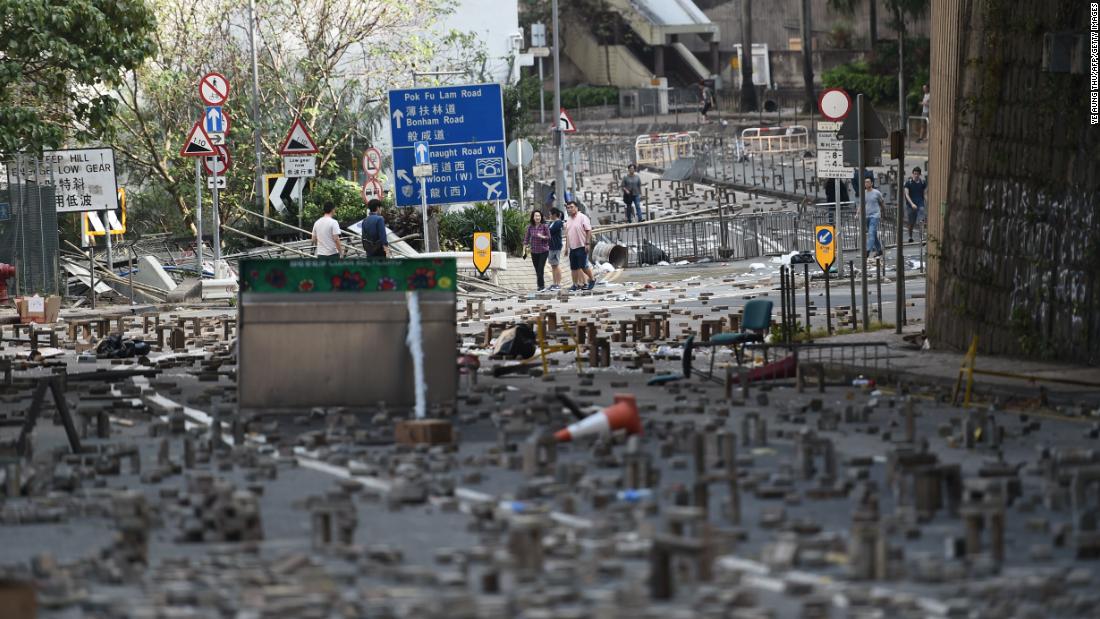 This week has seen a renewed spate of violent unrest following the death of a 22-year-old student who fell near the scene of demonstrations on November 8. Protesters have clashed with riot police at multiple locations, paralyzing much of the territory and forcing citywide school cancellations.
After more than five months of political unrest, traffic disruptions and increasing levels of violence, universities across Hong Kong have emerged as the latest battleground.
Student protesters built a fortress Friday just 50 meters from a PLA base near Hong Kong’s Polytechnic University in Kowloon’s Hung Hom district. Black-clad, masked protesters manned the walls, while the roads leading to the technical college were barricaded with makeshift brick walls clumsily cemented in place.
The PLA is known to help clean up the city after disasters like typhoons but has largely remained out of sight during the unrest in Hong Kong.
The Chinese military keeps at least 6,000 Chinese troops in Hong Kong, according to a 2015 article published by the Ministry of National Defense of the People’s Republic of China, though the Beijing government has never confirmed the exact number.