Did the stars align for Bridget Marquardt and Holly Madison? Because these ladies had BIG Halloween plans this week!

The former Girls Next Door stars reportedly reunited for a special séance on Wednesday! In a recent interview, the pair opened up about their plans to use the spooky holiday to connect with their famous ex, the late Hugh Hefner.

Speaking to E! News‘ Daily Pop, Marquardt spilled more details about the ritual hosted at Madison’s place with the help of a “famous witch and psychic medium.”

The starlets said they came up with the idea because they think “it’s a fun idea to do right around Halloween time.” The Holly’s World star also noted she’s been dealing with an influx of disgruntled ghastly spirits at her home and thought the spiritual ceremony could allow her to communicate with them, too, and kill two birds with one stone.

It’s worth noting both women identify as “ghost enthusiasts,” per their respective Instagram bios.

As you know, Hefner — the famed founder and editor-in-chief of Playboy magazine — died at his home in Los Angeles on September 27, 2017, at the age of 91. The cause was sepsis brought on by an E. coli infection. But before his passing, the Hollywood tycoon dated Bridget, Holly, and Kendra Wilkinson back in the day.

In regards to what she’ll ask Hugh, the Ghost Magnet podcast host shared:

“I had this dream about him shortly after he died, where I went to the mansion and he came down the stairs with his arms wide open and he gave out his big laugh, it’s like this giant cackle that he had and he goes, ‘My darling!’ and he gave me a big hug and I could smell his cologne and I could feel the texture of his jacket. It just felt so real. When I woke up it felt like that wasn’t just a dream, that was something more. That’s what I would ask him, if that was a dream or if he really came to say goodbye.”

Clearly Bridget has some unanswered questions for Hef!

As for the ghosts stirring up trouble at Madison’s residence, the 39-year-old claimed they’ve been terrorizing her by making “weird noises at night,” allegedly tried to contact her using her “ghost kit,” and even physically closed one of her doors at one point which is “not easy to do.”

Describing the creepy encounter and what she plans to do about it, she said:

“It gets worse, so the next morning in her office, the whole all the plaster on the ceiling fell. So she’s going to ask them to please not do damage to the house, not expensive damage.”

So, how did things pan out at the séance?

As it turns out, the ladies live-streamed the entire thing and shared it on social media, which if you’re curious you can view HERE.

But, they’re not the only celebrities who’ve tapped into the spiritual world for some much-needed answers!

Before you go, check out our list of stars who’ve dabbled in the occult! 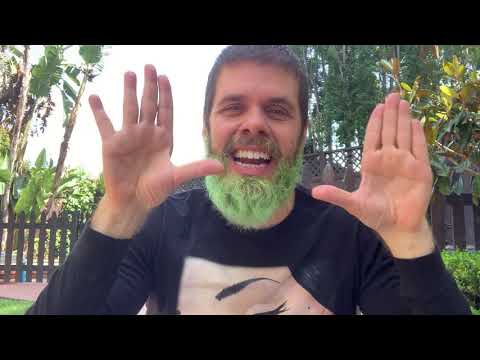 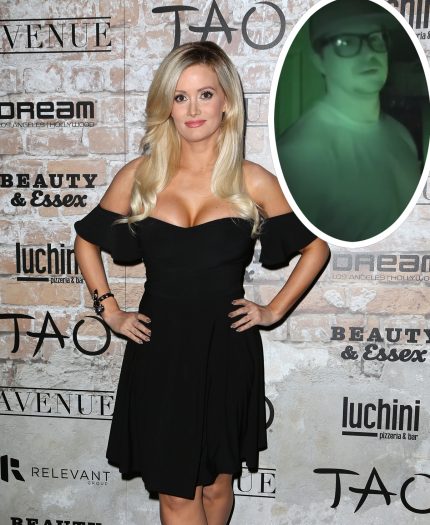 Holly Madison’s Estranged Husband Breaks His Silence On Their Split!

Joe Giudice Is Fit As F**k Showing Off His Post-Prison Martial Arts Moves For The Camera – Look! – Perez Hilton