Gwyneth Paltrow and Pete Buttigieg: a match made in intellectual hell | Arwa Mahdawi

Arwa Mahdawi: Shes the postergirl for pseudoscience, hes the presidential candidate whos big of brain but short on policy 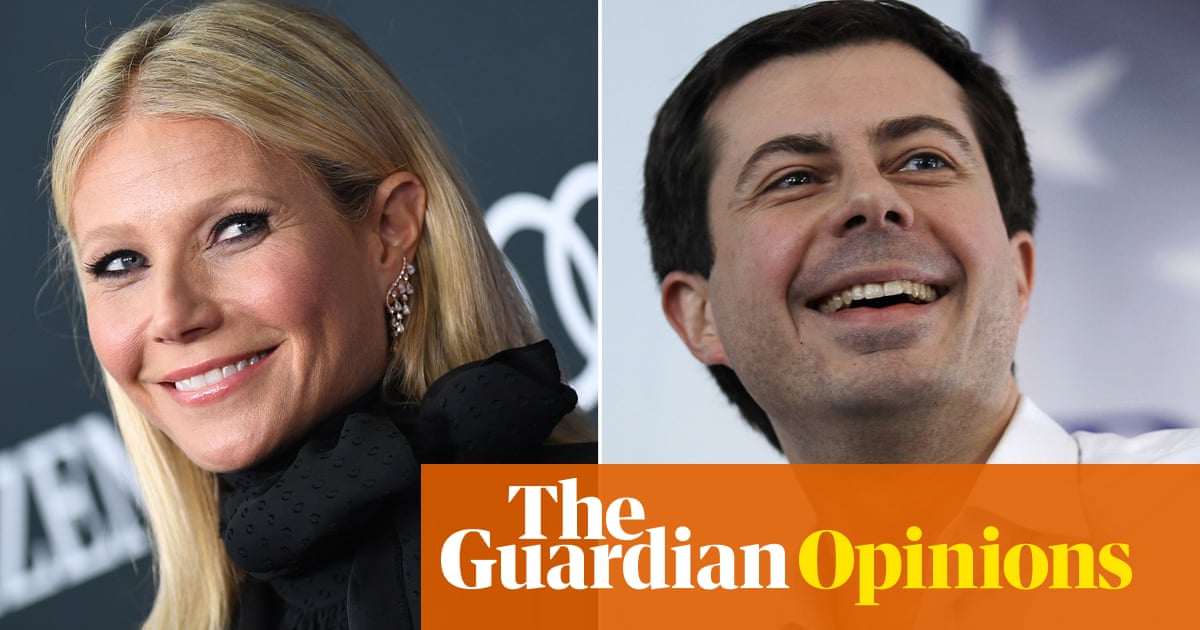 There are so many people running for president in the US, it is hard to keep track of whos who. So lets begin with a reminder that 37-year-old Pete Buttigieg, known as Mayor Pete by those who like him and Mayo Pete by those who dont, is the Smart Candidate. He speaks eight languages; he taught himself Norwegian so he could read an authors untranslated work; he plays piano; he loves Ulysses. Imagining yourself in a book club with Pete Buttigieg [is] this elections having a beer with George W Bush, the New York Times recently opined.

It is not clear whether Gwyneth Paltrow has been imagining herself in a book club with Buttigieg, but the actor certainly fancies the well-read wunderkind for president. She will be co-hosting a fundraiser for the candidate on 9 May; tickets start at $250; $2,800 gets you a picture with the man himself. Knowing Paltrow, you might even get a Buttigieg-branded vagina egg to go home with.

Paltrows fundraiser is not necessarily a boon for Buttigiegs brand. There has been dismay that the South Bend mayor is cosying up to the Goop founder, who has become something of a postergirl for pseudoscience. Timothy Caulfield, the author of Is Gwyneth Paltrow Wrong About Everything?, is one critic. It may seem petty to complain about a fundraiser, he tells me, but we are at a point in history when advocating for truth and rationality is a central issue.

But should we really expect more from Buttigieg? While he has been framed as a brainiac, Buttigiegs airy, feelgood politics actually align perfectly with Paltrows aspirational pseudoscience. Its important that we not drown people in minutiae before weve vindicated the values that animate our policies, Buttigieg recently said when asked why his website is light on policy. It was the Goopiest of answers.

Jimmy Kimmel Asks People If Homo Sapiens Should Be Saved, And The Answers Show The Level Of Stupidity