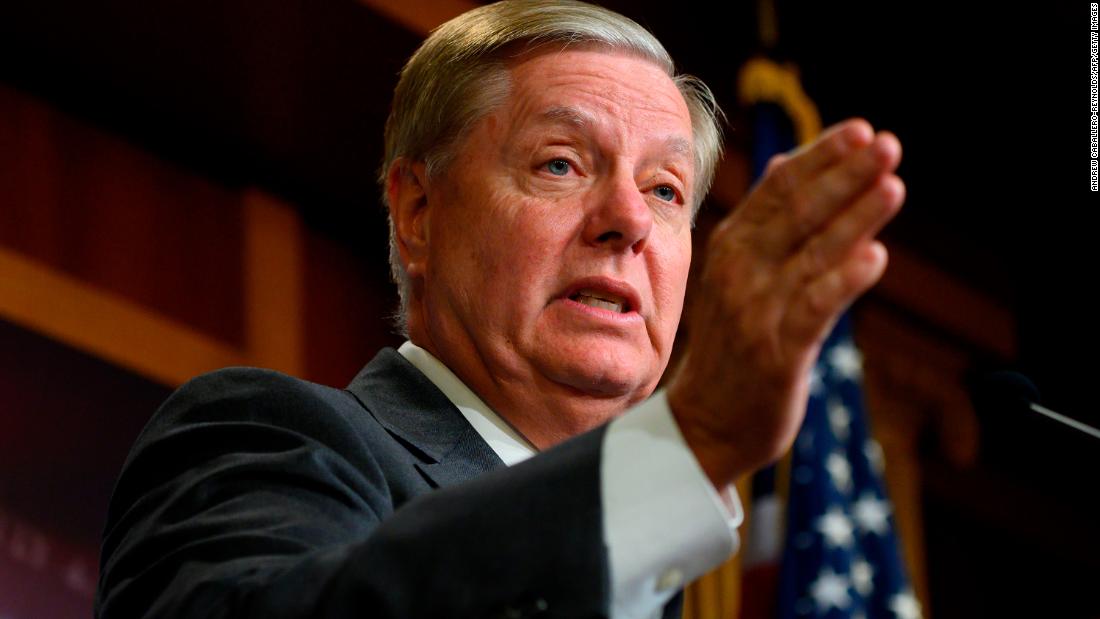 Washington (CNN)Senate Judiciary Chairman Lindsey Graham asserted Sunday that the impeachment inquiry into President Donald Trump is “invalid” unless the identity of the anonymous whistleblower whose complaint sparked House Democrats’ probe is revealed.

“I consider any impeachment in the House that doesn’t allow us to know who the whistleblower is to be invalid because without the whistleblower complaint, we wouldn’t be talking about any of this and I also see the need for Hunter Biden to be called to adequately defend the President and if you don’t do those two things it’s a complete joke,” Graham, a South Carolina Republican, said.

Trump impeachment tracker: Following all the action in Congress

Key allegations from the Ukraine whistleblower are true, despite what Trump says

He continued: “It’s impossible to bring this case forward in my view fairly without us knowing who the whistleblower is and having a chance to cross examine them about any biases they may have. So if they don’t call the whistleblower in the House, this thing is dead on arrival in the Senate.”
CNN has reached out to Graham for clarification on what he means by “invalid.”
The comments from Graham come a day after House Republicans and Democrats sparred over whether the whistleblower would provide testimony as part of the impeachment inquiry, an aspect of the process that was seen as critical during the start of it, but was put to rest Saturday by House Intelligence Chairman Adam Schiff.
House Republicans had submitted to Democrats earlier Saturday a list of witnesses they’d like to testify as part of the chamber’s impeachment inquiry into Trump and Ukraine, seeking testimony from the whistleblower, former Vice President Joe Biden’s son Hunter Biden and former US special envoy for Ukraine Kurt Volker, among others.
“As of right now, they are giving us no witnesses,” California Rep. Devin Nunes, the top Republican on the House Intelligence Committee, told Fox News Saturday night. Democrats have so far received testimony from 15 witnesses that they called before the committee. 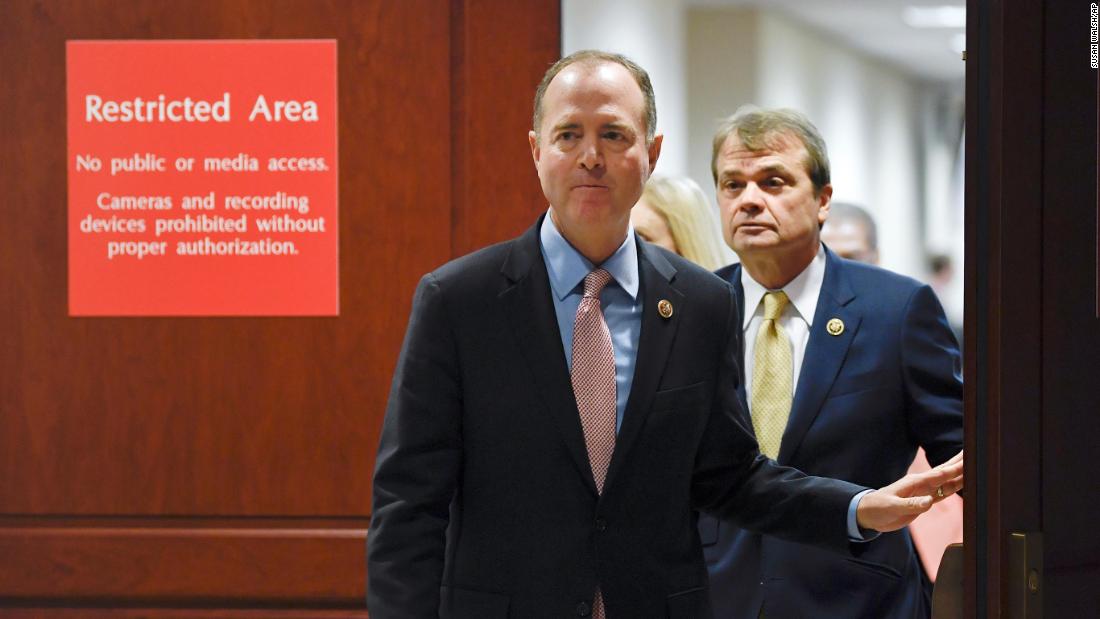 But Schiff, in his letter to Nunes on Saturday, said the whistleblower’s testimony would be “redundant and unnecessary.”
“The impeachment inquiry, moreover, has gathered an ever-growing body of evidence — from witnesses and documents, including the President’s own words in his July 25 call record — that not only confirms, but far exceeds, the initial information in the whistleblower’s complaint. The whistleblower’s testimony is therefore redundant and unnecessary,” the letter, obtained by CNN Saturday night, read.
Schiff also argued in his letter that “in light of the President’s threats, the individual’s appearance before us would only place their personal safety at grave risk.”
The President has been encouraging media outlets to out the whistleblower, and he wrote in a September tweet that “Like every American, I deserve to meet my accuser.”
The whistleblower’s complaint at the heart of the House’s inquiry alleges that Trump pushed Ukraine to investigate Joe Biden, the former vice president’s son and the 2016 election in order to help the President politically and that the White House took steps to cover it up. Trump has denied doing anything improper.
Trump has pushed an unproven accusation that then-Vice President Biden improperly tried to help his son by pressuring the Ukrainian government to fire the country’s prosecutor general. Hunter Biden served on the board of the Ukrainian natural gas company at the time.
There is no evidence of wrongdoing by either Joe or Hunter Biden in Ukraine. 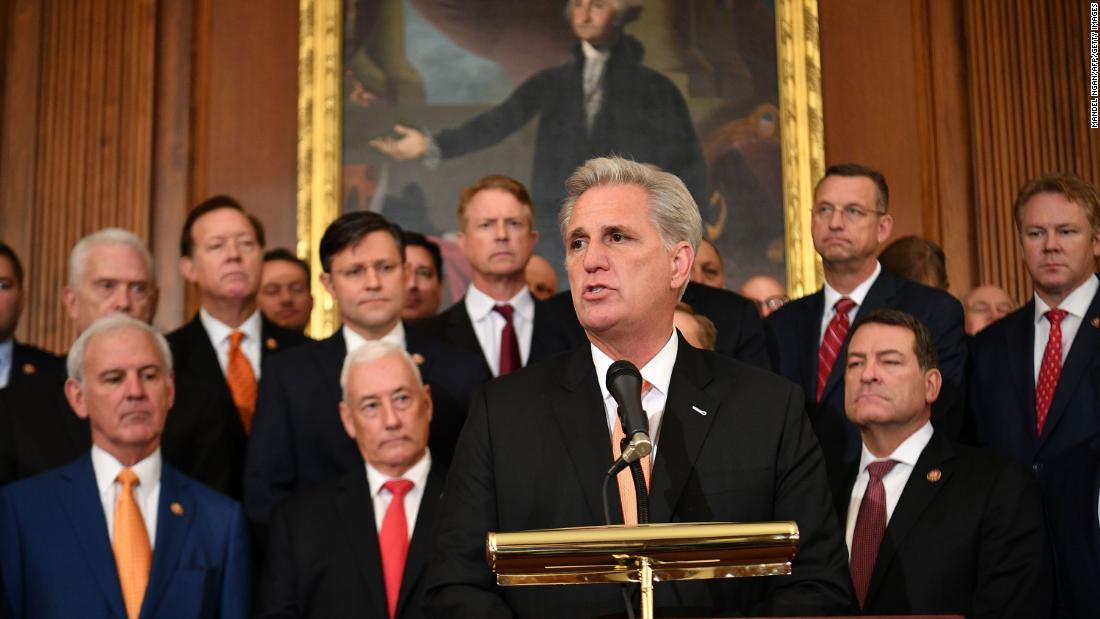 Asked during a Sunday interview on Fox News about the possibility that outing the person could send a “chilling message” to other government officials looking to file complaints, White House press secretary Stephanie Grisham said protecting whistleblowers is important but so is questioning their motivations.
“Whistleblower protections are important,” she said. “But you can’t just not question the motivations of this whistleblower.”
But at least one Republican lawmaker, Texas Rep. Will Hurd, has spoken out against revealing the identity of the whistleblower.
“I think we should be protecting the identity of the whistleblower, I’ve said that since the very beginning,” Hurd told Fox News in a Sunday interview, adding: “How we treat this whistleblower will impact whistleblowers in the future.”

Congressional Hispanic Caucus members get taste of ‘Vida’ in Hollywood