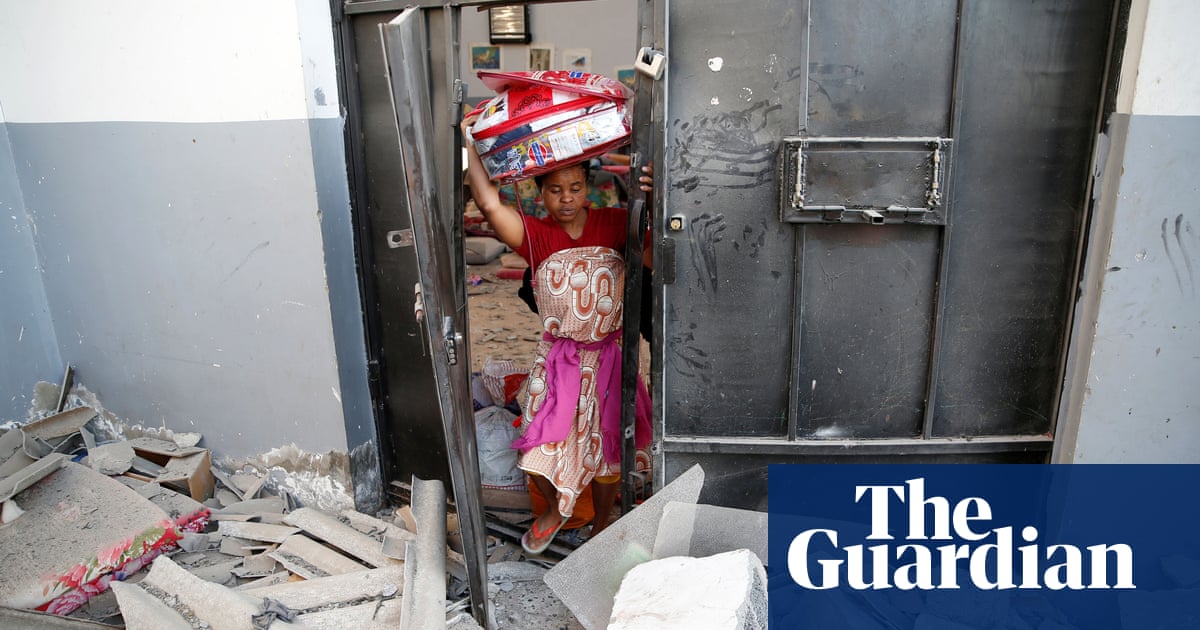 Foreign fighter jets are suspected by United Nations arms experts of launching precision missiles that killed at least 53 refugees housed in a Libyan refugee detention centre near Tripoli in July, one of the worst single atrocities of the Libyan civil war.

The allegations, first published by the BBC, led the former British ambassador to Libya, Peter Millett, to call on the UN security council to discuss at ambassadorial level how outside powers are prolonging the conflict in Libya and extending the suffering of the Libyan people. No nation is directly named in the report.

The only two countries with capacity and motive to mount the strike were the UAE and Egypt, Millett told the Guardian.

It is clear the finger of blame is being pointed to the UAE. It is time the security council called this out. If this war continues much longer Libya will have become a failed state, and the responsibility will lie with the outside powers.

He added that Turkey was the third country pouring arms into Libya in support of the UN-backed Government of National Accord which has been under attack in Tripoli from Libyan warlord Khalifa Haftars forces, the Libyan National Army. Libya is subject to a UN arms embargo.

The confidential report from the UNs panel of experts presented to the security council on Wednesday said it is highly probable that a foreign jet launched the guided weapon on behalf of the Libyan National Army.

The report said: An unknown number of Mirage 2000-9 fighter jets were operating from two airbases inside Libya at the time of the strike. The two airbases are named as Al Khadim and Al Jufra.

It is highly probable that the airstrike was carried out using precision-guided missiles by a fighter jet operated by a UN member state acting in direct support of Haftar armed forces, the report said.

It says the likelihood that the detention centre would be hit by two dumb bombs, as opposed to precision-guided missiles, would be very low.

Haftars air force does not have the equipment or ordinance types to support the operation of such aircraft. Only UAE and Egypt have the Mirage 2000-9 jets in the region.

No direct reference was made to the panel of experts report during an open session of the security council on Libya, although numerous calls were made for more to be done to protect refugees, as well as to find those responsible for the detention centre attack.

Militia supporting the UN-recognised Government of National Accord based in Tripoli had an arms supply dump near to the detention centre.

At the UN security council session, the international criminal court (ICC) prosecutor Fatou Bensouda pointed out that one of Haftars supporters wanted by the ICC over alleged war crimes had been promoted from major to lieutenant general in July.

Joe Giudice Is Fit As F**k Showing Off His Post-Prison Martial Arts Moves For The Camera – Look! – Perez Hilton