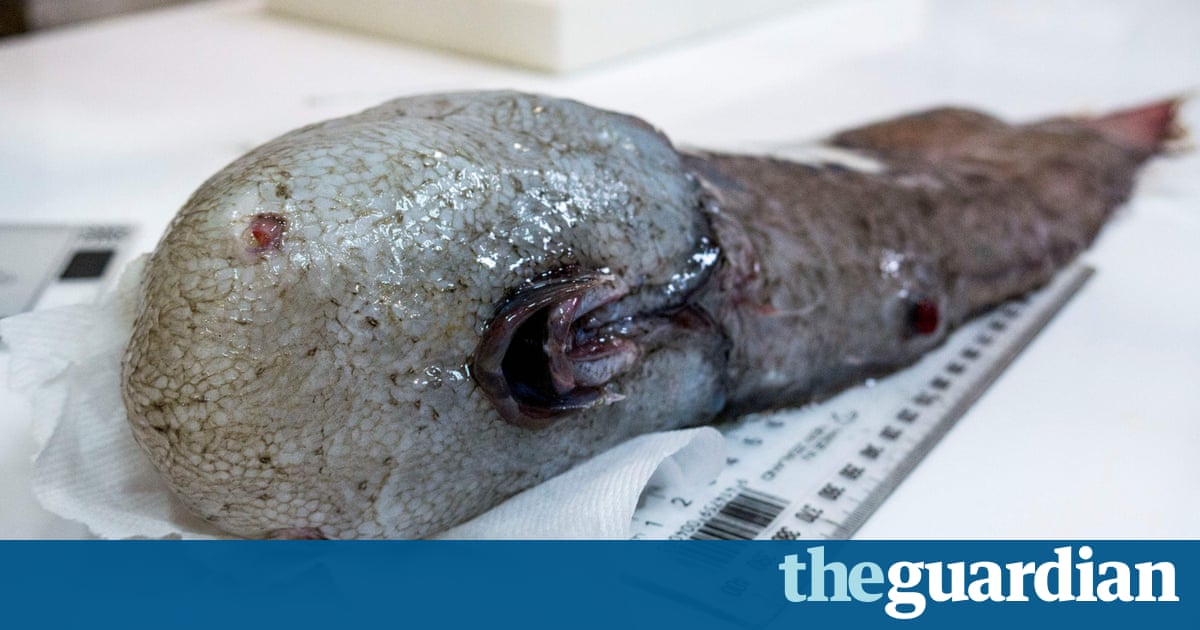 A faceless deep-sea fish not seen for more than a century has been rediscovered by scientists trawling the depths of a massive abyss off Australias east coast, along with amazing quantities of rubbish.

The 40cm fish was rediscovered 4km below sea level in waters south of Sydney by scientists from Museums Victoria and the Australian governments Commonwealth Scientific and Industrial Research Organisation (CSIRO) on the weekend.

Dr Tim OHara, the chief scientist and expedition leader, who is a senior curator of marine invertebrates at Museums Victoria, said it was the first time the fish had been seen in waters off Australia since 1873, when one was dredged up by a British ship near Papua New Guinea.

This little fish looks amazing because the mouth is actually situated at the bottom of the animal so, when you look side-on, you cant see any eyes, you cant see any nose or gills or mouth, OHara said via satellite phone from the research vessel Investigator on Wednesday. It looks like two rear-ends on a fish, really.

The world-first survey of commonwealth marine reserves stretching from northern Tasmania to central Queensland began on 15 May. On board the Investigator research vessel for the month-long voyage are 27 scientists, 13 technicians and 20 crew.

Samples of animals and sediment have been collected from the bottom of the abyss each day by a metal sled-style device attached to 8km of thick wire. A video camera has also been trailed behind the ship to capture footage from the depths.

The experts tell me that about a third of all specimens coming on board are new totally new to science, OHara said. They arent all as spectacular as the faceless fish but theres a lot of sea fleas and worms and crabs and other things that are totally new and no one has seen them ever before.

Di Bray of Museums Victoria told the ABC that the rediscovery of the faceless fish was a highlight of the awesome stuff thrown up by the study so far.

On the video camera we saw a kind of chimaera that whizzed by thats very, very rare in Australian waters, she said. Weve seen a fish with photosensitive plates that sit on the top of its head, tripod fish that sit up on their fins and face into the current.