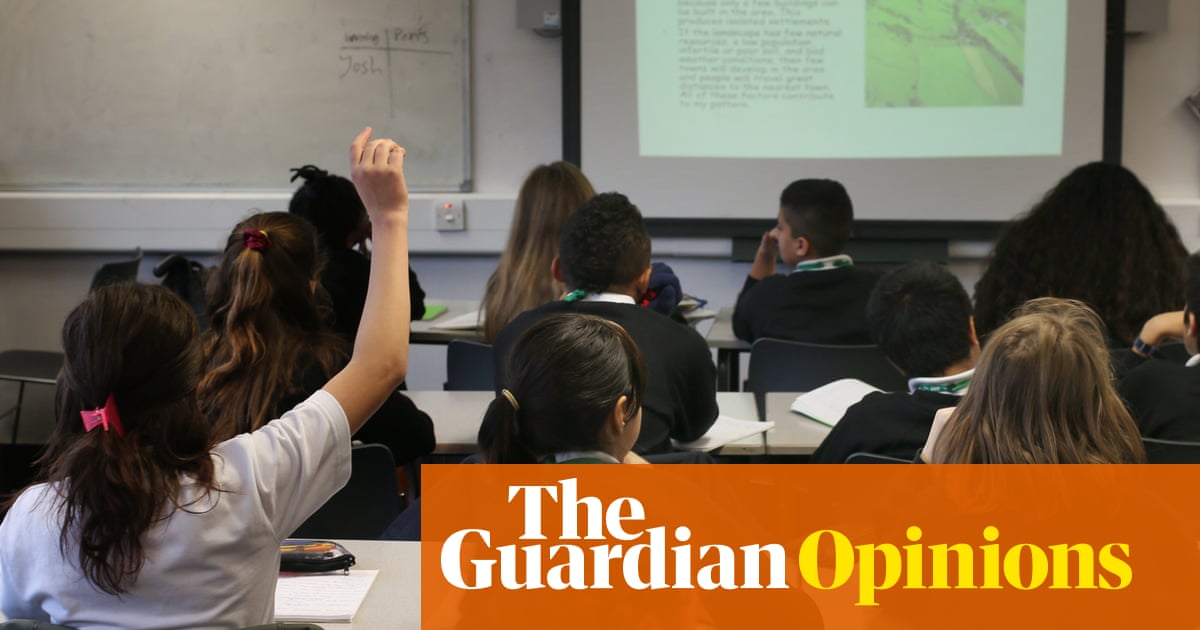 I remember sitting in geography in my Peterborough classroom in the 1980s, cringing and feeling embarrassed whenever we were shown images of Africans in mud huts, or another depiction of what might have been referred to as savages. The textbooks we used were simplistic and stereotypical. Some were downright supremacist. They were laced in ignorance, and viewed from the perspective of colonial-era ethnographers who were dependent on the empire for their work. As the only black boy at my school, I somehow felt responsible for those pictures, as though they revealed something primitive about me and my family.

Hodder Educations GCSE sociology textbook, which was permanently shelved this week after being publicly shamed on Twitter, shows ignorant stereotypes are alive and well in Britains education system. The textbook claimed fathers and husbands are largely absent from Caribbean families and, the textbook continued without any empirical evidence to back it up characterised by child-shifting, that is, the passing of children to other relatives or acquaintances.

The Caribbean is made up of 26 countries. It has a population of around 44 million, of various ethnic groups. From the African-Caribbeans, to indigenous Kalinagos and even white Barbadians. They live in wildly different socio-economic contexts. The GDP per head in the Bahamas is around $30,000. In Haiti it is $765. Richard Bransons Necker Island is located in the Caribbean too. Is the textbook accusing him of being a deadbeat dad as well?

There are all kinds of families in the Caribbean. Like anywhere else, bigger family units live next to single-parent households. Broad-brush stereotypes like those painted in the Hodder textbook help no one. Accompanied by no relevant data, they teach students the opposite of critical thinking: lazy generalisations.

I am not saying that there is no problem when it comes to fatherhood and broken homes, but these extend far beyond the Caribbean community. When I was born in 1972, just one in 12 children was brought up by a single parent. Today it is closer to one in four.

I was raised solely by my mother in the shadow of Tottenhams Broadwater Farm estate, after my father walked out when I was 12. So should I be outraged by the stereotype, when it was so plainly true in my case? My answer is this. You cannot base authoritative descriptions on anecdotal evidence. And you cannot teach cultures in isolation.

If you are teaching about Caribbean communities, you have to teach the context. That context is brutal. A brutality that leaves a legacy. It is about slavery. About fathers who were owned commodities and could be sold to a new plantation at any moment. About families who had no chance to stay together because their freedom was not their own.

Post-slavery, traditional nuclear families were not always the norm, because some had to separate to escape the suffocating poverty that still characterised their existence. It was the result of the devastating lack of British investment in its colonial islands. One spouse went abroad to earn better money, to bring back to their family later. This was a phase in these communities economic development. It reflected an economic strategy, not a cultural trait.

Today the same is true for millions of families in China, where one or both parents are migrant workers, living in huge industrial cities away from their homes. The result is tens of millions of left-behind children, raised by one parent or grandparents. But we do not think of this as a feature of Chinese culture. Its a necessary strategy, a mechanism by which people attempt to escape poverty.

The British national curriculum is stunted because it too often glosses over the bad. Skipping from the Henrys to Hitler, we hold our noses at the rest. Our schools fail to properly address slavery and exploitation across Africa and the Caribbean, but this is not all. Why, too, do we fail to properly teach Britains history with Ireland in our schools? The brutal suppression of the Mau Mau uprising? Or the Indian partition, where up to 2 million people were killed?

No child should feel how I felt as a teenager, stigmatised by the blunt instrument of stereotype in the name of education. Its time to begin teaching our history, geography and sociology honestly, warts and all.

David Lammy is the Labour MP for Tottenham

High school slut-shaming still haunts me. Kavanaugh made me relive it | Leslie Bennetts