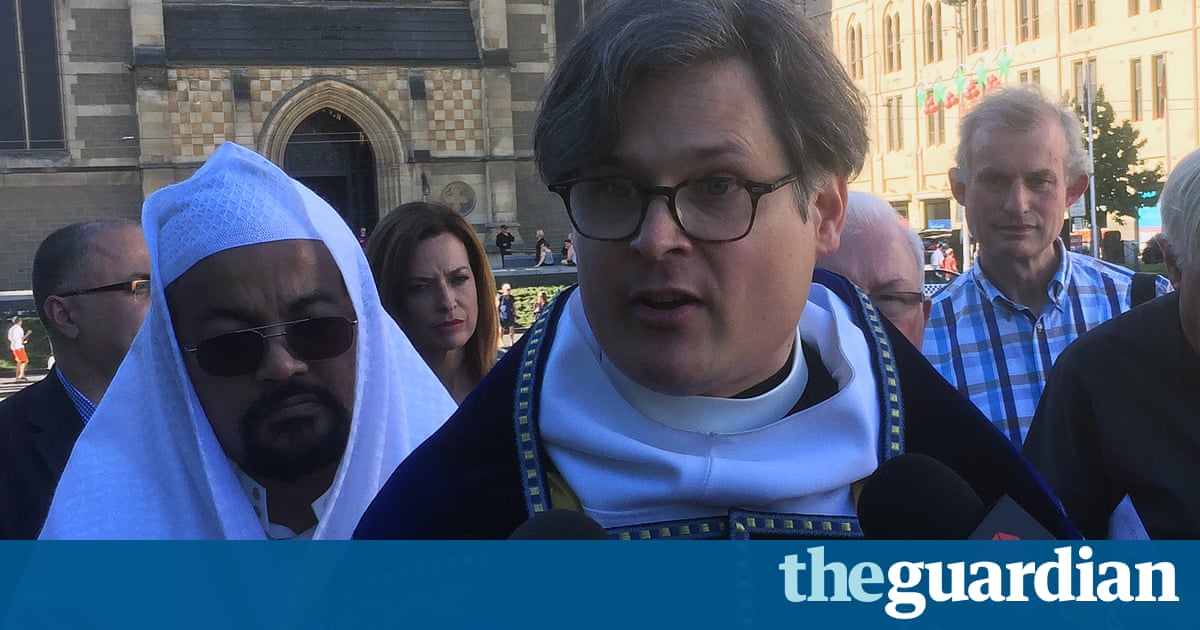 Crowds have packed out Melbournes St Pauls Cathedral despite it being the target of an alleged Christmas Day bombing plot.

The dean of St Pauls, Dr Andreas Loewe, who led the midnight service, said 1,500 churchgoers had filled the cathedral, forcing latecomers into the forecourt.

There was a steady stream of people coming in and out of the cathedral and in the end I had to come out and give the final blessing to people on the forecourt, Loewe said on Sunday.

But they didnt want to leave so the 90-strong gospel choir gave another performance at 1.50am.

Crowded services on Christmas Eve ended up as multi-faith celebrations, Loewe said. Three imams came through the course of the night, which was certainly a new experience for us, he said. To have actual leaders of Islam with us in solidarity was wonderful.

Four men have been charged with preparing or planning a terrorist act over the alleged plot targeting Flinders Street Station, Federation Square and the cathedral.

Loewe said security had been beefed-up. The cathedral has its own internal security in place, but Victoria police is also providing additional, both visible and invisible security around the cathedral precinct, he said on Saturday.

The president of the Islamic Council of Victoria, Mohamed Mohideen, was at a Saturday afternoon service and called for the community to be united and work towards peace. There is a diverse community [in Victoria], we live together, we live in harmony, and we live for the betterment of Australia, Mohideen said.

Four men Hamza Abbas, 21, of Flemington, Ahmed Mohamed, 24, from Meadow Heights, 22-year-old Ibrahim Abbas and 26-year-old Abdullah Chaarani were each charged with one count of preparing or planning a terrorist attack.

All four have been remanded into custody after heavily armed police raided homes in Melbournes northern suburbs on Friday morning.

Victoria polices chief commissioner, Graham Ashton, said any threat linked to the mens alleged activities had been dealt with.

I can certainly indicate to the community that through yesterdays investigation there is no additional information or criminal intelligence that suggests there is any ongoing threat, he told reporters at Federation Square on Saturday.

You should feel confident about coming down here as this is a great place this time of year, and people are going around enjoying themselves as they should.

But there will be an increased police presence over the Christmas holiday period, with extra security at the MCG for the Boxing Day cricket Test. Thats not because we have specific intelligence were concerned about, we just want to make sure that we are playing it safe and keeping the community safe, Ashton said.

Entertainment in 2016: A look back