Colin Lane’s best photograph: the cover of the Strokes’ Is This It

The day the album came out, theres a photo of me grinning in front of a rack of them in Virgin Records. I think my ex-girlfriend was pleased too. Ive never revealed her identity 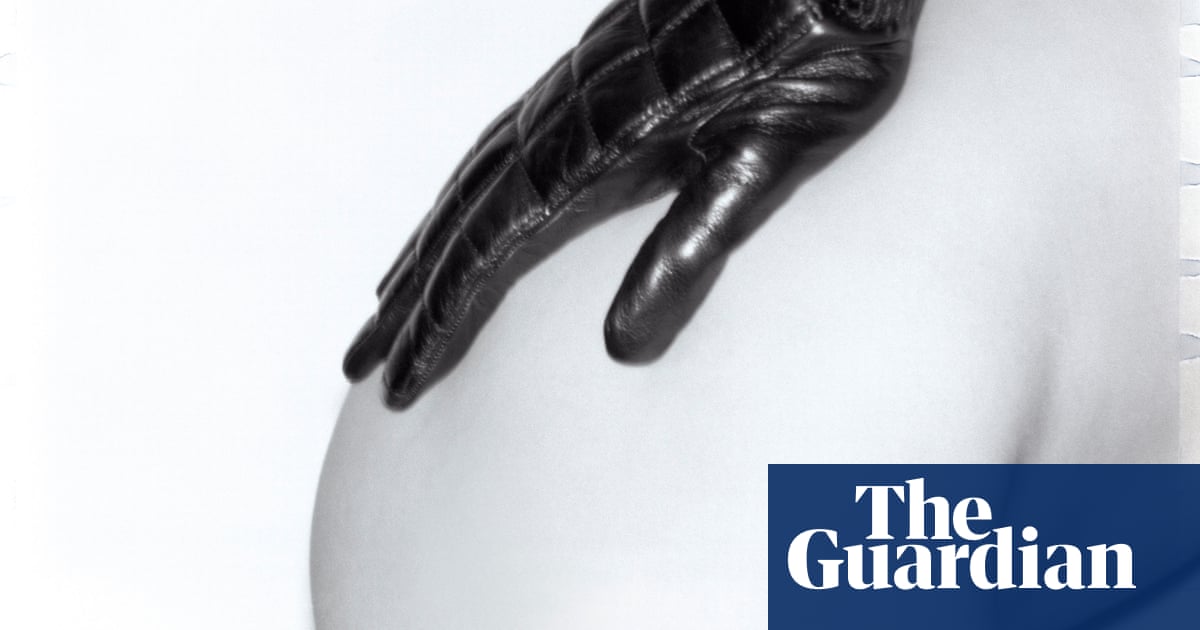 It was late 1999 or 2000. I had spent the day on a fashion shoot, and my apartment was littered with clothes and props. My girlfriend jumped out of the shower while I was messing around with a Big Shot Polaroid, a clunky, plastic box camera that I found in my parents attic. She was pretty beat, but I had 10 Polaroids that needed using, I had found this amazing Chanel glove and so she agreed to pose.

Shooting on a Big Shot isnt easy: you can only shoot from a specific distance, and its really designed for head-and-shoulders portraits. But when she slid the glove on and bent forward, I knew it was the perfect shot simple, straightforward, graphic and just so sexy. When I developed it, I stuck it in my portfolio and thought nothing more of it.

On 16 January 2001, I met the Strokes. It was my first commission for the Face. Id heard snippets of their early music but I was more excited about the commission than I was about meeting them.

They came to my New York apartment and Fabrizio, the drummer, said it was the first time theyd ever shot more than a roll of film. They hadnt been signed at that point, all they had was an EP that was doing the rounds in London.

After the shoot, I asked if they wanted to go and sneak up on to the roof of the Essex House hotel on Central Park South. I dont know how many times I had crept up there in the past it was my favourite thing to do with people in the city. The moment we reached the roof, we got busted. An employee was on his cigarette break and told us we werent allowed to be up there. It was just so embarrassing. I was terrified the band would think I was a huge asshole, but when I mentioned that there was another roof nearby they were still on board.

We climbed 55 storeys up to a roof near Grand Central Terminal that looks out over the whole of downtown New York and the Empire State Building. We shot an amazing series just as the sun was setting over the city, and I think that experience was why they kept in touch when they signed to RCA later that year.

A few weeks later, they invited me to hang out and shoot a few shots around the city. We piled into an old Winnebago, and their art director called to hassle them about choosing an album cover. They were flying out to Australia the following day, and the deadline was approaching. Luckily, Id brought my portfolio with me, and they asked if they could flick through. When they asked if they could use the ass shot, I couldnt believe it.

I remember the first day Is This It was out, I went into Virgin Records in Times Square and they had a full rack of them. Theres a photo somewhere of me standing in front of it, grinning. It was crazy to think this shot had ended up on one of the most seminal albums of the noughties. I think my ex was pleased too. Ive never revealed her identity. Ive always felt that was her decision.

I stayed with the band long after Is This It blew up. I was never their official photographer, but from 2001 to 2006, I toured with them, wed meet up in New York, and I even shot lead singer Julian Casablancass wedding. After 2006, tensions built up and things unravelled for them. Its a shame, because they were incredible: even when they were on top of the world, they never became jerks. To the end, they always were welcoming, intelligent and humble young guys who deserved their success.

For me, it was the beginning of my career. I went on to shoot the Kings of Leon, Beck, Ryan Adams, and tons of other bands, but nothing has ever compared to the Strokes.

That scenes dead now. Which isnt to say there isnt great music being produced today, but it was a moment. For the first 10 years of the millennium, that scene ruled, and Ill never stop feeling lucky for having been a small part of it.

There’s Always A Solution For A Failure…