Executive at search engine giant talked about the smooth ride during video call to Beijing conference. The only problem is self-driving cars are banned in China 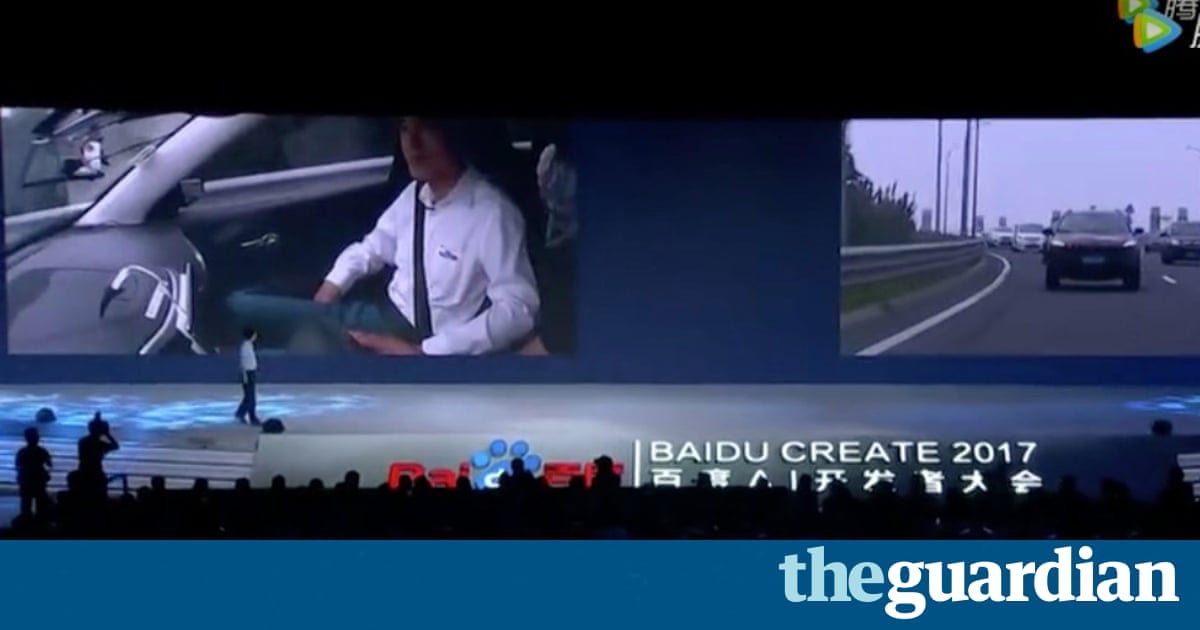 Tech company executives often like to call themselves disruptors, shaking things up in the hope of making a better world. But to Beijing police, the CEO of Chinese technology giant Baidu might simply be another unlicensed driver.

Robin Li placed a video call to an AI developer conference while riding in the passenger seat of a self-driving car on Wednesday. During the call, the head of the search engine company said the car was on autopilot and remarked on the smooth ride despite the traffic.

Another company executive is sitting in the drivers seat, but not touching the wheel, as the car cruises down a busy Beijing highway.

But when a video of the stunt went viral, police launched an investigation, saying it appeared to violate Chinese highway laws.

China has banned driverless cars from public roads until the government legislates rules governing their use and safety standards. In the meantime, the maximum penalty is thought to be only 20 for driving without a licence, although the car is likely to be confiscated, according to a lawyer interviewed by news site Sixth Tone.

Traffic police attach great importance to this matter and are actively carrying out investigations and verification, the authorities said via social media.

Baidu announced this week it has partnered with 50 companies for its driverless car project, which will be open-source akin to Googles Android operating system. It plans to put fully self-driving cars on the streets by 2018, with mass production starting in 2021.

Chinese business culture has long prized a do first, ask forgiveness later approach, and Chinas bureaucracy is often slow to adopt the necessary laws for new technologies. The proliferation of dockless bike sharing schemes is one prominent example, with companies flooding cities with bikes, sparking a backlash from local authorities.