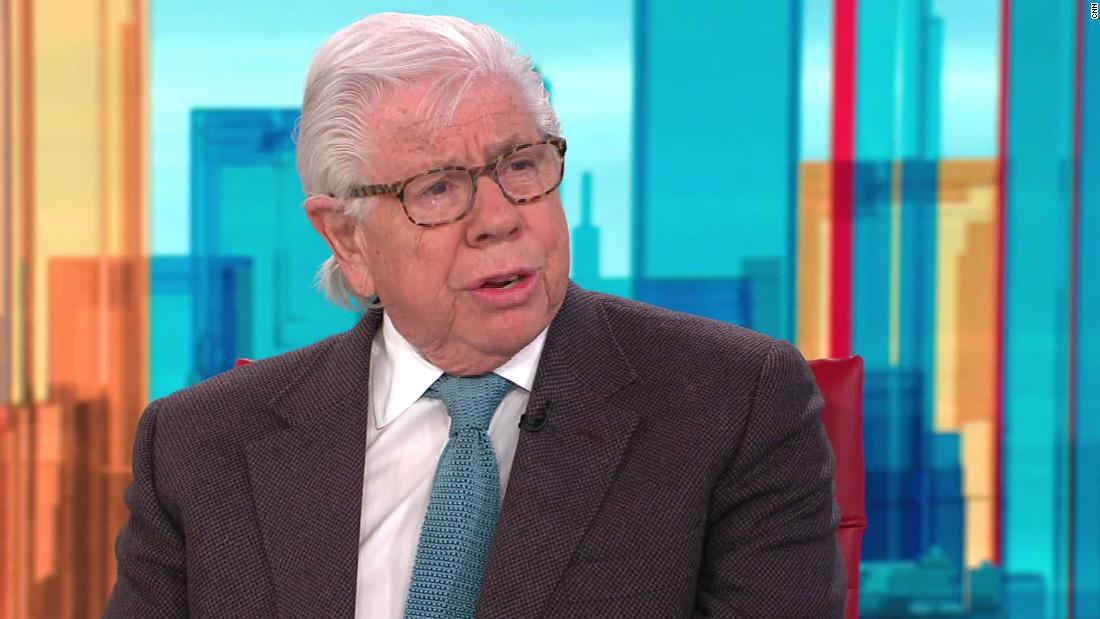 New York (CNN Business)A version of this article first appeared in the “Reliable Sources” newsletter. You can sign up for free right here.

Televised hearings matter because they have a way of focusing attention on the allegations at hand — in this case the allegations involving Trump, Ukraine and abuse of power.
“No one knows what is going to happen in the coming weeks or months, except likely impeachment by the House, because of the Democratic majority,” Carl Bernstein says. “As for the results of a Senate trial or the remainder of Trump’s term or the 2020 election, anything is possible.”
Given his experience covering Richard Nixon and Bill Clinton, I asked Bernstein to share what we should all keep in mind on Wednesday and in the weeks ahead. He started by saying this:
Speculation about what might happen “is not the commodity we in news should be looking for right now. Rather, this is a time for more reporting, especially new avenues opened from the Ukraine facts now known to us. There’s a lot to pursue, both substance and individuals we ought to be talking to — many of the latter apparently out of reach of the impeachment inquiry because of various privileges claimed by the White House and other lawyers.”

Here’s what Bernstein said in an email message:
— Nixon’s fate “turned quickly in terms of evaporating Senate support for a criminal president — but that is by no means predictive here — but helpful to keep in mind.”
— “As every good reporter on the Hill knows, there is hardly anything like universal affection or deep respect for Trump (as opposed to fear of him) among Republican senators. (It is much different in the House.) Many Republican senators have raised questions in private about his stability, state of mind, etc.”
— “This looks like a clear case of attempted bribery by POTUS. Bribery and treason are the only two high crimes specifically named in the impeachment clause of the Constitution. Senators know that.”
— “Also, soliciting a foreign power to interfere in US elections has real constitutional weight as a possible high crime.”
— “But: Republican senators have made clear they won’t abandon Trump unless their constituents/Republican voters begin to turn; how these televised hearings are perceived by Republican voters and independents is a big deal.”
— “Remarkable information related to Russia and Putin and Trump’s deference to Putin — whether witting, unwitting or half-witting — continues to be revealed. Turkey’s Syrian adventure-invasion with Trump’s permission; his disdain for Ukraine through his whole presidency; and serving Russia’s interest there (as opposed to established US policy) suggest more reporting (again) is called for.”

“It should never be forgotten,” he wrote, “that all of this is taking place in a Cold Civil War in the US — which pre-dates Trump, though he has brought it to point of near-ignition. Trump has demonstrated remarkable support, especially given the unprecedented nature of his words and actions and attitude as President. The impeachment push by Dems — given this dynamic of Cold Civil War could conceivably backfire. Once again, real reporting is the priority.”

Where to watch / listen / stream

Anywhere and everywhere. CNN’s special coverage will begin at 8am ET. ABC, NBC and CBS will show the hearings live. So will all the big cable newsers, including Fox News, lest anyone wonder otherwise. As for local Fox stations, they’ll have the option to carry hearing coverage anchored by Harris Faulkner. Some will, some will not. NPR stations will have a similar option: They can air live anchored coverage or run regular news programs “which will be updated constantly with information from the hearing,” per a spokeswoman. NPR is also preparing a special recap at 8pm…

“A ho-hum congressional hearing usually features three cameras,” WaPo’s Erik Wemple writes. But on Wednesday C-SPAN will have seven cameras “around the hearing room — two cameras for the chair and other members; two cameras for either side; one witness camera; and two high and wide cameras for that panoramic look.” C-SPAN is the pool, meaning all the networks will be using these feeds.
>> “C-SPAN had to negotiate over positioning, but got all seven desired cameras,” Wemple adds. The House Intel Committee “understood that this was a moment in history that needed proper coverage,” C-SPAN’s Jon Kelley told him…