Can Democrats unite the party in time for November’s election? 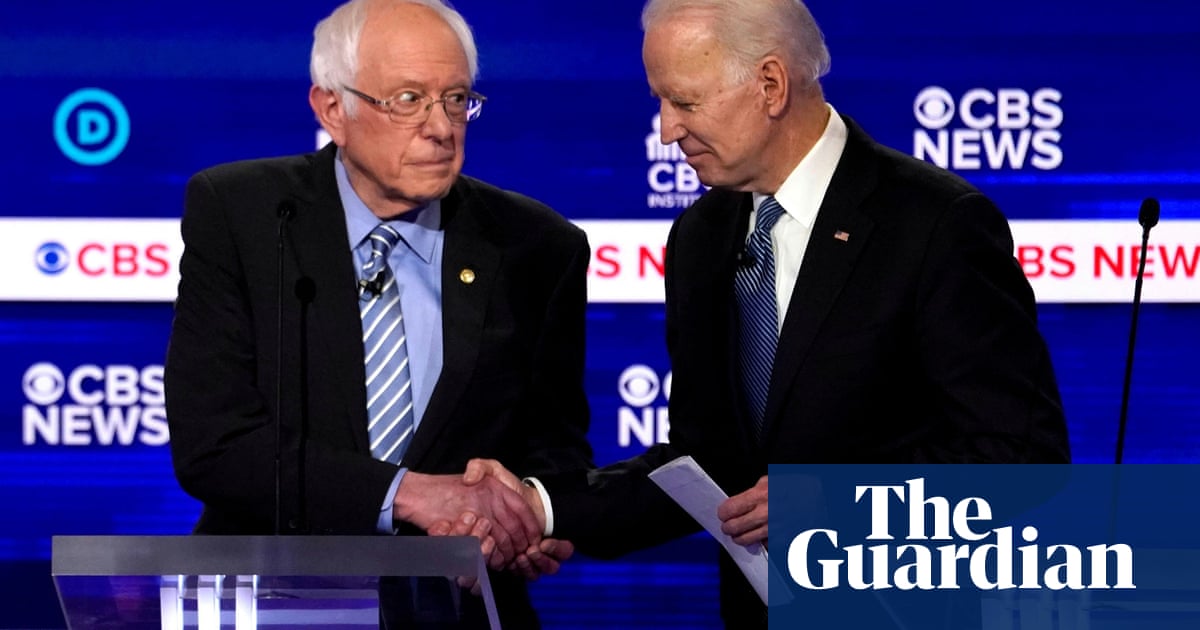 Its hard to imagine right now but Bernie Sanders and Joe Biden both know that in a few months theyre going to have to put on a united front to have any chance of beating Donald Trump.

Over the last few days, as the former vice-president has collected the majority of delegates needed to clinch the Democratic nomination for president, Sanders, the Vermont senator and liberal icon, has opted to press on in the primary. That sets up an ongoing bruising battle between the two candidates for the immediate future even as the vast majority of observers believe Sanders will eventually have to grit his teeth and fall in line behind Biden.

No major 2020 Democratic candidate, current or former, has told supporters not to back the eventual Democratic nominee. Likewise, no serious Democratic surrogate has urged supporters to sit out if their candidate doesnt win. It is a precedent made even more urgent given Democrats anger at Trump and fears over him winning a second term.

But the fierce fight between the progressive and centrist wings of the party has had an impact as the party begins to look ahead to the November battle.

Saikat Chakrabarti, the former chief of staff to the New York congresswoman Alexandria Ocasio-Cortez and the president of the New Consensus network, said the worry is not getting progressives to vote for a nominee they may not have backed in the primary. Chakrabarti said it was rallying voters who stayed out of the general election in 2016.

The thing Im worried about is if Joe Biden wins the nomination, what will he do to get actual voters, said Chakrabarti, the kinds of folks who stayed home in 2016, and I mean disaffected African American voters, working class voters, people who are really having a tough time with the current economy.

As the primary has shifted essentially to a two-man race, the rivalry between Biden and Sanders and their respective supporters has intensified. Interviews with over more than a dozen Democratic strategists and officials yields a sense of confidence that all the participants in the primary will shift their focus to defeating Donald trump in the general election.

But these Democrats also caution that to erase hard feelings left over from the primary, the Democratic nominee will have to extend some kind of olive branch to the runner up and his supporters.Biden will have to work hard to win over disappointed grassroots progressives if he wins as expected. In the now highly unlikely event Sanders wins, he will have to ease concerns from wary Democratic moderates.

In recent days Biden and his top aides have said urged Sanders supporters to come support their campaign. Similarly on Thursday, Jeff Weaver, a senior Sanders adviser, said the Vermont senator would support Biden if the former vice-president got the nomination. Weaver said Sanders would absolutely bring his supporters into the fold even if he didnt get the nomination.

If Joe Biden is the nominee Bernie Sanders will support him wholeheartedly, well campaign for him, Weaver said.

During Bidens election night speech on Tuesday he thanked Sanders and his supporters for their tireless energy and their passion.

We share a common goal and together well defeat Donald Trump, Biden said. Well defeat him together. Were going to bring this nation together.

But for now, with the contest still live and heading for a debate in Arizona on Sunday, Sanders and his supporters are showing no sign of falling in line behind Biden. Progressive Sanders supporters still see a narrow path to the nomination , even as Bidens delegate lead becomes insurmountable. For them, simply defeating Trump isnt enough.

The Hunt depicts elites hunting the poor for sport. The ‘satire’ feels a little too real | Jessa Crispin