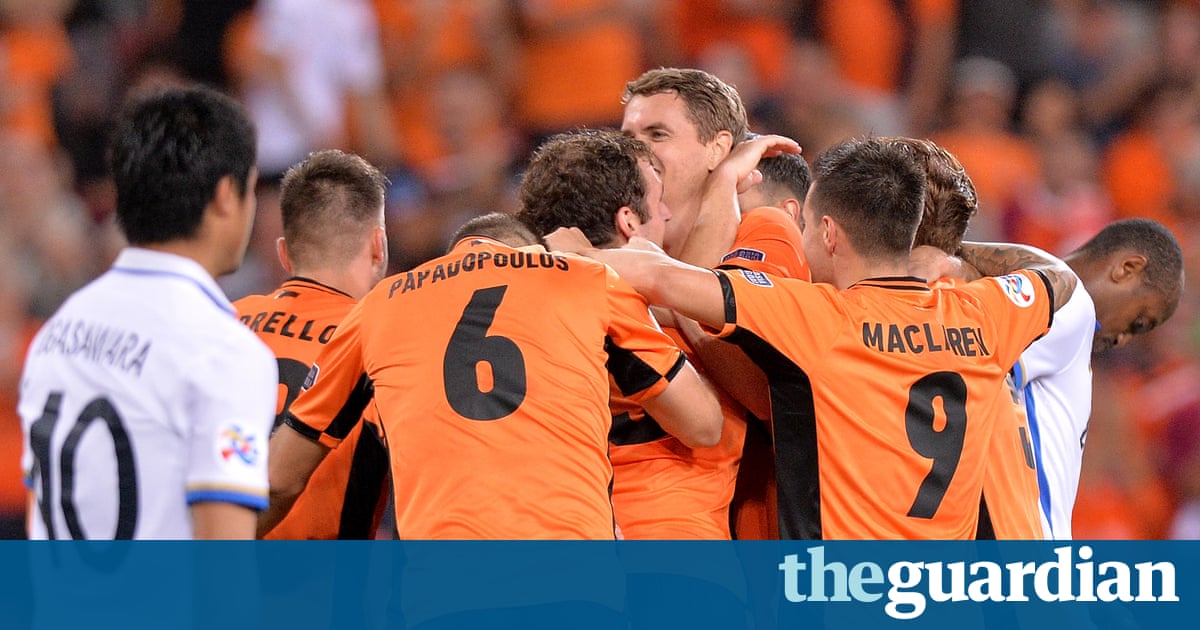 Brisbane Roar will appeal a hefty fine from the Asian Football Confederation for not providing international buffet style meals for a group of travelling Champions League match officials.

But the AFC has refuted claims from Roar managing director Mark Kingsman that they were sanctioned because the six-man delegation, headed by match referee Wang Di, was unable to eat lobster twice a day, accusing the club of a lack of respect for the competitions strict regulations.

It is Brisbanes fifth such indiscretion this year alone, with the club having been slugged US$58,000 ($77,679) in total by the AFC.

They were previously penalised US$25,000 for not covering the naming rights signage outside Suncorp Stadium at the AFCs request, while coach John Aloisis failure to attend a flash interview after a match in Korea cost him and the club US$10,000 each.

The Roar were penalised $US3,000 for letting two photographers onto the field of play without authorisation, and fined 20% of their US$50,000 match subsidy for not providing officials with adequate meals as stipulated by AFC rules.

That equates to US$10,000 the same amount Muangthong were fined for the dodgy goalpost that Brisbane goalkeeper Jamie Young ripped his arm open on last month.

They had lobster at night, they just didnt have it at lunch time, Kingsman told AAP. The disappointing thing is the fact they could only have lobster once a day, they consider that as serious as Jamie Young coming away with 26 stitches. Thats a big concern. Where are their priorities?

An AFC spokesperson said Kingsmans lobster allegation was not consistent with either the facts nor the evidence submitted to the AFC disciplinary and ethics committee.

The club has regularly breached the AFC competition regulations despite attending the annual AFC club competitions workshop where the regulations are presented in detail, the spokesperson said. The AFC has not had to issue a fine for not providing appropriate meals to the match officials before.

The other two Australian participants in the Champions League this year, Adelaide United and Western Sydney, have largely played within the rules.

Adelaides only blemish was an automatic US$1,500 fine for incurring five yellow cards in one match, while the Wanderers were reported for a violation of AFC regulations when a smoke bomb was let off by the crowd in their home match against Shanghai SIPG on 10 May.

The Roar is also appealing Aloisis fine, with Kingsman insisting they were told by officials he wasnt required for a post-match interview. However, the Roar will have to pay the other US$10,000 as their intention to appeal the clubs fine was lodged four days too late.

Is our smartphone addiction damaging our children? | Rowan Davies