Bernard Tomic delivers foul-mouthed insult to spectator at US Open

Australians loses cool during defeat to Damir Dzumhur, which scuppers hopes of showdown with Nick Kyrgios 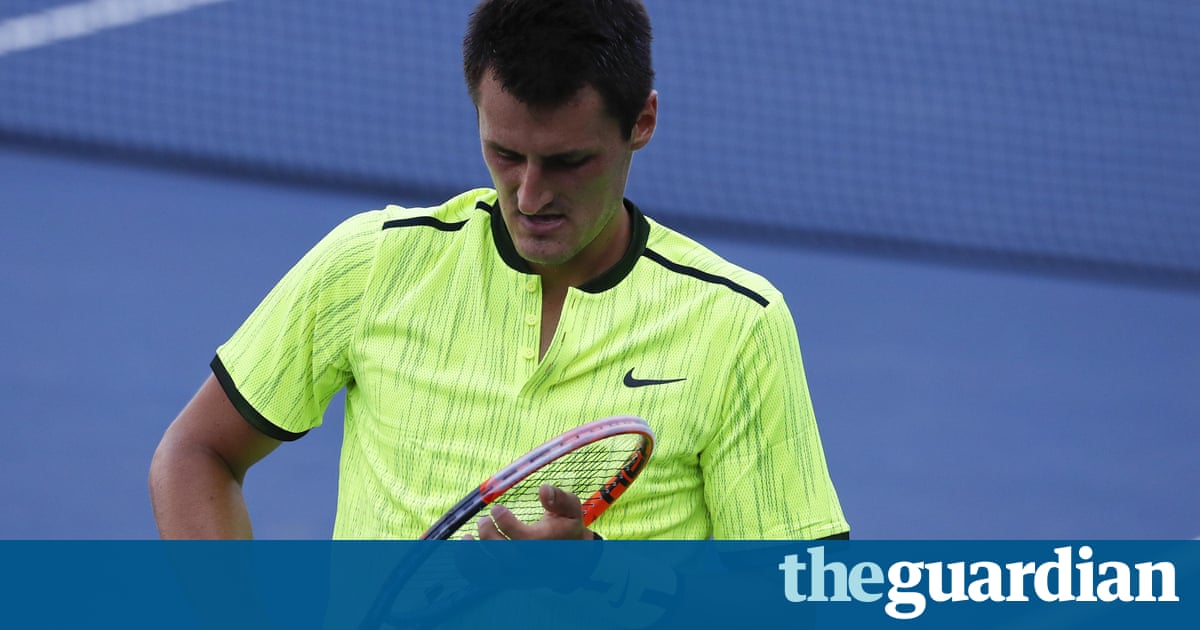 Bernard Tomic has delivered a foul-mouthed spray to a heckler during his first-round defeat at the US Open in New York.

French umpire Cedric Mourier advised Tomic to go through the official channels rather than take matters into his own hands after the Australian told the fan to suck my balls during his 6-4, 6-3, 4-6, 7-6 (7-0) loss to Damir Dzumhur on Tuesday.

I will put my balls in your mouth and I will give you some money to make you feel good, Tomic said for all to hear on the Old Grandstand court at Flushing Meadows.

He was saying some shit, Tomic added to Mourier when the umpire questioned why he had lashed out.

Its better you go through me than try to solve it by yourself, Mourier said.

The incident occurred early in the third set with Dzumhur serving with a two-sets-to-love lead.

Tomic regained his cool to win the third set to stay in the match but could have some further explaining to do.

His Davis Cup team-mate Nick Kyrgios was fined and placed on a six-month suspended ban for his infamous Kokkinakis banged your girlfriend, by the way sledge, which was directed at Swiss star Stan Wawrinka at last years Toronto Masters.

Tomics drama-charged defeat also scuppered hopes of a first-time showdown with Kyrgios in the third round this week.