Bernard MacLaverty: The story you have just finished is of little help to writing the next one

Acclaimed Northern Irish writer Bernard MacLaverty has taken 16 years to finish his latest novel. A lot of things just got in the way, he says 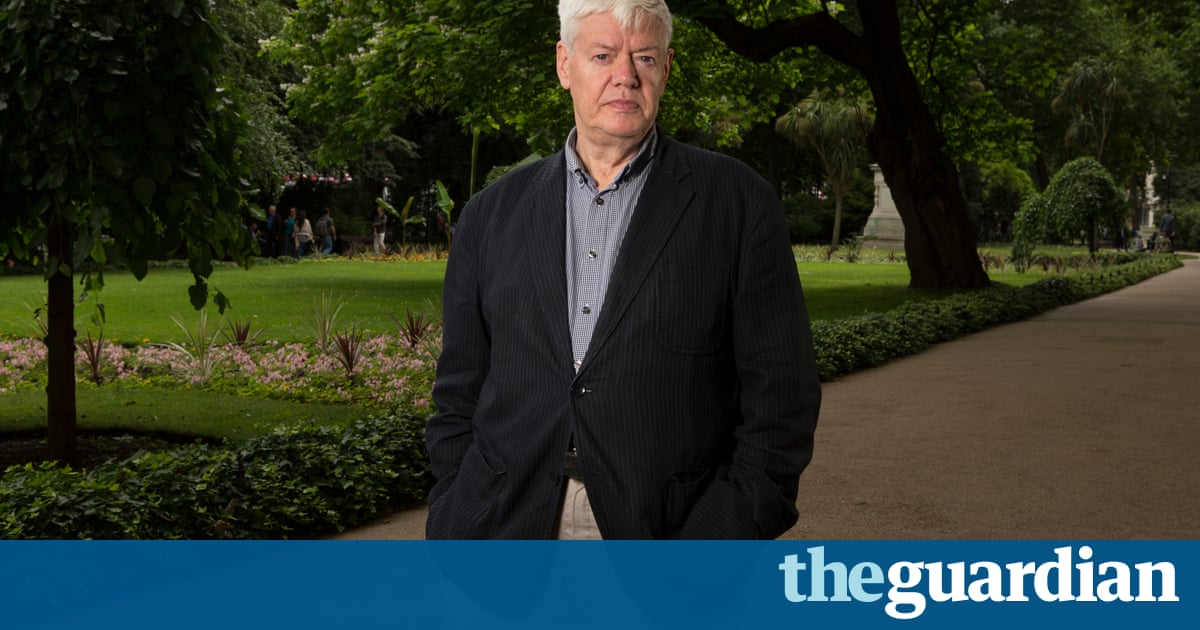 In his jacket endorsement for Bernard MacLavertys Midwinter Break, the celebrated American novelist Richard Ford describes the new book as much-anticipated. It is a polite way of saying that MacLavertys fifth novel has been taken its time in coming. Sixteen years, to be precise, since his last, The Anatomy School, and longer still if you go back to the glory days of the 1980s and 1990s when this Belfast-born but Glasgow-based writer was everywhere, winning plaudits and prizes in equal measure for his short story collections (A Time to Dance, Walking the Dog and The Great Profundo), his novels Cal and Lamb, both of which he adapted as acclaimed films starring respectively Helen Mirren and Liam Neeson, his television series and radio plays, and his Booker-shortlisted Grace Notes in 1997.

A case of writers block? More life getting in the way of art, MacLaverty replies, perched nervously on the edge of his armchair in a central London hotel as we talk. I have a diary note from 2001, when Madeline [his wife] and I went to Amsterdam for a break in January. So I presume I was starting to think about the project from there, but there were so many things that came along to get in the way.

Among the distractions he lists and this affable and unassuming 74-year-old has a prompt sheet to hand were: an un-turn-downable invitation from Scottish Opera to write a libretto; two years as a classical music DJ on Radio Scotland; a five-year stint on a movie script based on Robin Jenkinss wonderful 1950s novel, The Cone Gatherers, which finally came to nought when the producer behind the project died; a collection of short stories; and Bye-Child, a Bafta-nominated short film of a poem by his close friend Seamus Heaney, which he directed in 2003.

And, he adds, Ive also had eight grandchildren in that time. Or we have. His four grown-up children, two boys, two girls, all live in the same postcode as he does, so he has his hands full. Its a new twist on Cyril Connollys line about the pram in the hall being the enemy of good art.

MacLaverty would be the last one to take himself so seriously, but his brief run through those 16 lost years reveals him as a man of many talents to which should be also added teaching stints at British, European and American universities. With so much he is good at, what would he choose if he had only time left for one more project? Id paint something good, he answers without a pause.

No hint of any autumnal narrowing of horizons here, but Midwinter Break is, by contrast, a tale of quiet disappointment, about long-married Gerry Gilmore, a retired architect, and his wife Stella, as they head off on a mini-break. Both are at odds with their lot and with each other. He is retreating into drink, she into religion.

She is thinking, MacLaverty says, on a different plain. This is not a story about old people. Its the story of two young people who got old and they have fallen out of step.

A two-hander, it covers the same broad territory as 45 Years, the 2015 Tom Courtenay/Charlotte Rampling film, based on a David Constantine short story. In the case of Midwinter Break, though, the past trauma that haunts the couple is bound up in the Troubles in Northern Ireland, which they moved to Scotland to escape.

The parallels with MacLavertys life are plain. In 1974, he, too, made the same refugee journey with his young family. The Troubles were awful and bloody, he recalls, bombs and people being killed on their doorsteps.

His homeland, though, has continued to loom large in the books he has published in exile. You write from what you know, and one of the things you know is that you are not telling your own story, but bits of it are your own story. Its like tessellation of a mosaic. You take a bit that happened to you and you put it beside a bit that you make up.

It requires a delicate touch, he emphasises, and can be a time-consuming process. We are edging back around to that long space between novels but now he is more willing to address what has been keeping me back. Whatever backdrop, or even tone his books may share, he explains, the story you have just finished is of little help to writing the next one. He quotes Thomas Mann in his defence. Didnt he say, a writer is someone for whom writing is more difficult than it is for other people?

There was at least one false start with Midwinter Break, he admits, with an opening section, set in the now derelict modernist Catholic seminary at Cardross in Argyll and Bute, that had to be scrapped.

Is he a perfectionist? MacLaverty gives a warm, intimate laugh. Im a writer. Theyre the same thing.

Religion is one feature of his novels. Though he long ago rejected the Catholicism of his childhood, it continues to fuel his imagination. I cease to believe in one aspect of it, but I continue to believe in the trappings.

Another hallmark is the spareness of his writing, not a wasted word or detail between the covers of what become as a result small masterpieces. Its not like putting together Lego, he agrees. You have to be very careful that you are weighing the words.

The phrase makes him remember something his mother once used. Shed found a wee dead bird. She picked it up and she said, youd have known by the weight of it that it was dead. He chuckles. And its the same with a story. You know whether you can accomplish it in six pages [as a short story] or whether it will take 200. And this one he points to the copy of Midwinter Break on the table between us is hefty material. It is about love and life and death and religion and what matters.

And then, of course, theres his other recurring theme, Ireland. All the novels nod to what is happening to Ireland, he agrees. Lamb [1980] was at the worst of the Troubles. Cal [1983] also had a downbeat ending, but then there were the ceasefires and things began to mend. So Grace Notes had an upbeat middle, and a downbeat end, or two endings. I was hedging my bets. And this one well, I mustnt say more about the ending, but Im mildly optimistic about Ireland. I dont think they are going to go back to slaying each other.

‘Human life is more expendable’: why slavery has never made more money