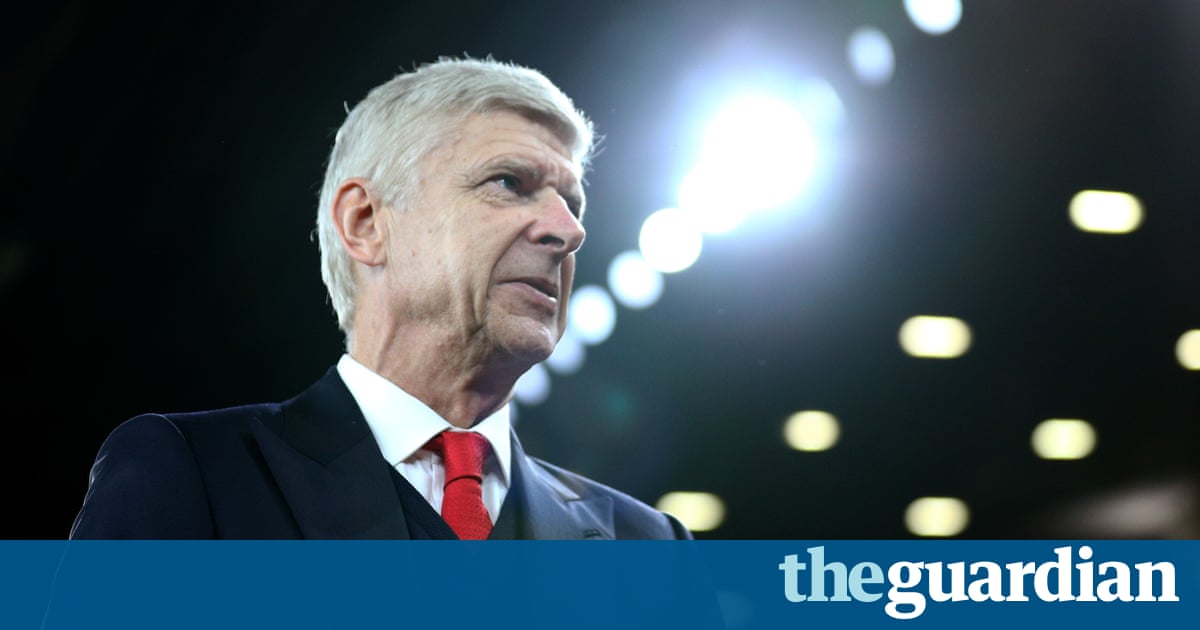 Arsne Wenger is one of a handful of managers with the perfect criteria to become the next England manager in the wake of Sam Allardyces ill-starred tenure, according to the Football Association chief executive.

Speaking at length for the first time since Allardyce lost his job, Martin Glenn also confirmed that his humiliation could be compounded with a charge for bringing the game into disrepute and a possible ban.

As attention turns to the once again vacant position, Glenn said the criteria had not changed from when Allardyce was appointed in the summer.

Asked whether Wenger, who has just completed two decades at Arsenal and is out of contract in the summer, fitted the bill he said: I am not commenting on that. Of course hed fit the criteria perfectly. Of course he would, as would a few others.

Glenn also said that successful international managers tend to be older. He said: It doesnt mean they all have to be but it tends to be theyve had an experience in the game and the average age of a successful manager is probably in their 60s. Thats a fact, it doesnt have to be an overriding one.

Glenn, who said that the stand-in, Gareth Southgate, was a genuine contender, added that while being English was a bonus it was not a prerequisite and that Premier League experience was preferable.

Wenger, meanwhile, talking before Glenn on Friday, had seemed to distance himself from the position, when asked whether he still believes that the FA should steer clear of hiring a foreigner.

I know God Save the Queen, he said. But I still think that the priority is for an Englishman to manage England. Because it looked always a bit bizarre if I manage England and play against France. I cannot sing the French national anthem and not the English one. It looks strange.

Wenger was asked if he feels English rather than French these days. I think a big part when I come back to London, I come back to home, he said. Im not English, I am French. I feel French as well. But of course you do not spend 20 years in a country without identifying or getting used to some values or behaviours of the local culture.

I do not want to give you some fruit for speculation. I am completely committed on the immediate. The priority is this club and what we want to achieve together until the end of the season.

As one of a trio of FA executives who decided to appoint Allardyce following Englands Euro 2016 humiliation, Glenn defended the process that led to the decision. He claimed the FA performed adequate due diligence and that he was not to blame for Allardyces colossal error of judgment during a meeting with undercover reporters from the Daily Telegraph.

Echoing the words of the FA chairman, Greg Clarke, this week, Glenn also said he felt personally let down. The easy decision was to keep him and tough it out. I do feel let down because I genuinely think for football reasons he was a really good choice and just what we needed after the Euros, he said.

Glenn said the right questions were asked during the appointment process about Allardyces past, including the Quest inquiry into football transfers in 2006 that coincided with allegations over transfer irregularities made in a BBC Panorama programme. Allardyce denied any wrongdoing.

We knew he was a man of the world, we knew there had been a Panorama inquiry a few years ago. But he was a guy who had a senior position on the League Managers Association. Known in the game, said Glenn. We referenced him widely. Hes Sam, hes loud, hes brash but he is in the middle of the fairway in terms of behaviour. So I think thatthe reason I felt let down was, I guess, the surprise factor of it.

Asked specifically about the fact that of the 17 transfers that were not signed off by the Quest inquiry, three related to players signed by Allardyce at Bolton Wanderers, Glenn said it was discussed at the interview and the FAs integrity unit had no outstanding concerns.

He was seen to be a stalwart of the game. Yes hes Sam and hes loud so we did understand that hes not going to be the quietest person, said Glenn. But you could not have predicted that behaviour. I take full responsibility for the decision to hire him but I dont take responsibility for his actions.

Glenn said his disappointment was compounded by the fact Allardyce was specifically spoken to about his responsibilities and the need to assume everything he said could be made public shortly after his appointment. It wasnt the case that he was left like an innocent in the woods. Which is why the thing was ever more a surprise, he said.

Every time there was a marginal call we judged we would have Sam Allardyce thrown back at us every time, said Glenn, arguing that Allardyces advice on how to circumvent rules on third party ownership left the FA with little choice.

If you are there to be the rule enforcer of the game it is an impossible position, he said.

The FA, which recently began a review of its integrity unit that is likely to result in changes before next season, could charge Allardyce with bringing the game into disrepute. It could range from a fine to a ban. Thats what the history shows. Thats for a tribunal to decide, Glenn added.